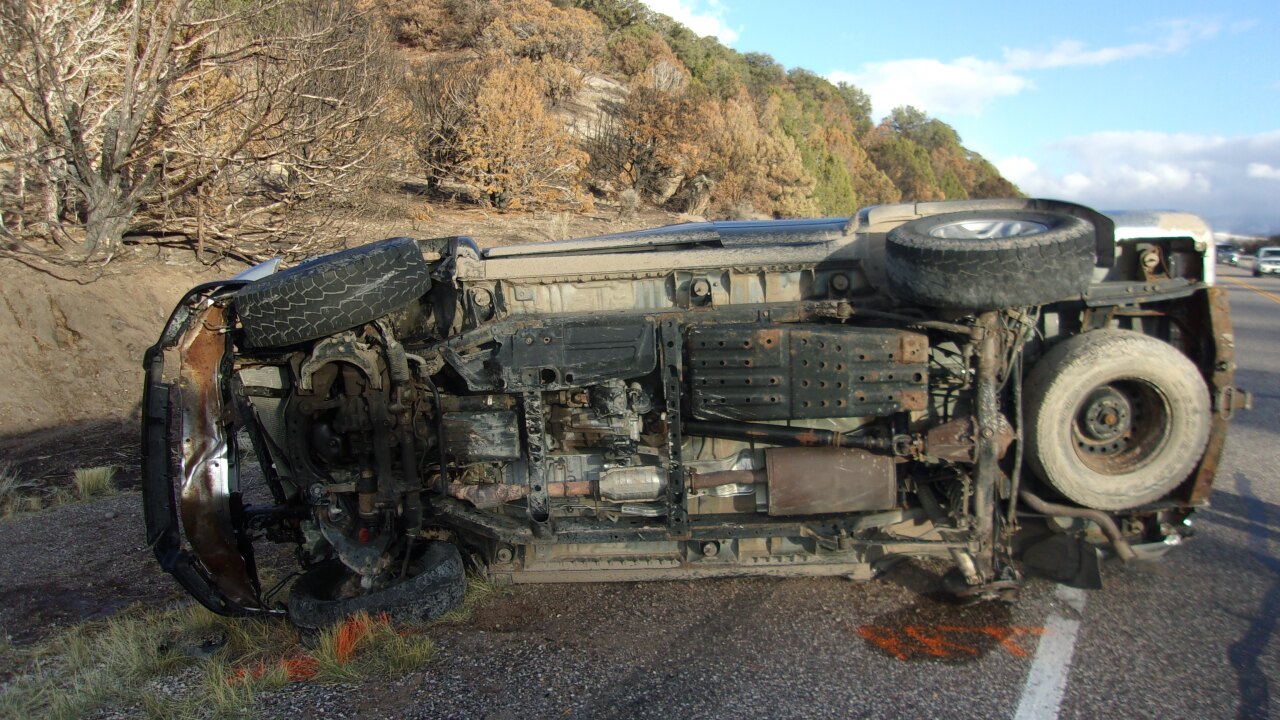 RICHFIELD, Utah — A woman died Sunday after a deer entered the highway near Richfield and her SUV rolled, officials say.

Officials with the Utah Highway Patrol (UHP) said that at around 5:11 p.m. Sunday, an SUV was traveling eastbound on SR-24 near mile marker 20.

Evidence suggested that a deer was on the road, and the SUV swerved to the right to try and avoid the animal, officials said. The SUV hit the deer then swerved back to the left of the road.

Swerving back to the left caused the SUV to slide off the shoulder and roll, officials stated.

The driver, who was wearing a seatbelt, suffered fatal injuries in the accident. UHP said there was a two-year-old male in the back of the car properly restrained in a car seat, who suffered minor injuries in the crash.

The driver of the vehicle was identified as 41-year-old Olivia Clark of Teasdale, Utah.