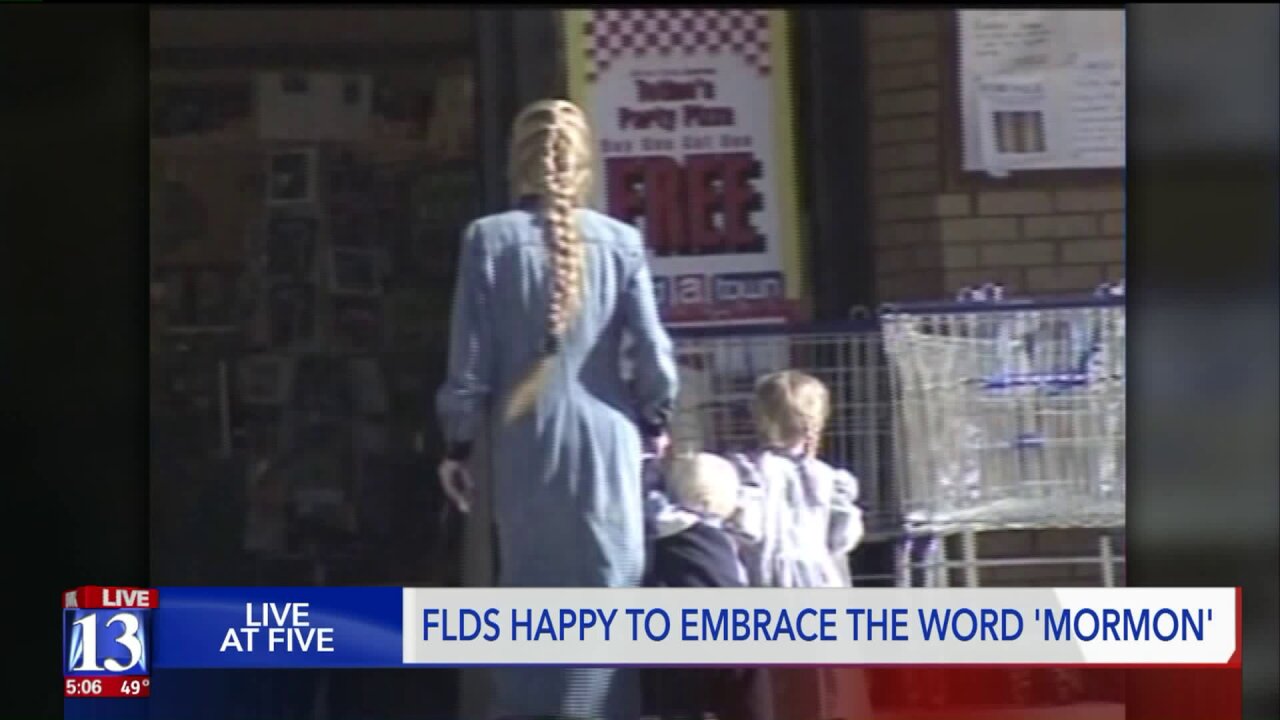 SALT LAKE CITY — At General Conference Sunday, President Russell M. Nelson told members of The Church of Jesus Christ of Latter-day Saints that it wasn't a name change or a re-branding, but a command of the Lord.

“I did this because the Lord impressed upon my mind the importance of the name he decreed for his church,” Nelson said.

“Their suspicion is The Church of Jesus Christ of Latter-day Saints is trying to distance themselves, at least a little bit, from the fundamentalists,” Carlisle said.

Back when the church embraced the word Mormon, it was somewhat protective of it.

“President Gordon B. Hinckley in 1998 gave a talk saying how there was no such things as a fundamentalist Mormon, that it was a contradiction in terms,” Carlisle said.

Mormon may be an outdated term for The Church of Jesus Christ of Latter-day Saints, but the fundamentalists don't have a problem with the m-word.

“You’re welcome to call them Mormon or fundamentalist Mormon or for those with more than one spouse you can call them a polygamist,” Carlisle said.

Because to them the words don't matter.

“One polygamist I spoke to from Montana says he's seen a lot of people call themselves Mormon of some kind over the years, but they didn't live by the principles of Mormonism. He's watching how people live, not what they call themselves,” Carlisle said.

To read more on the fundamentalist's view, check out Carlisle's article in the Salt Lake Tribune here.