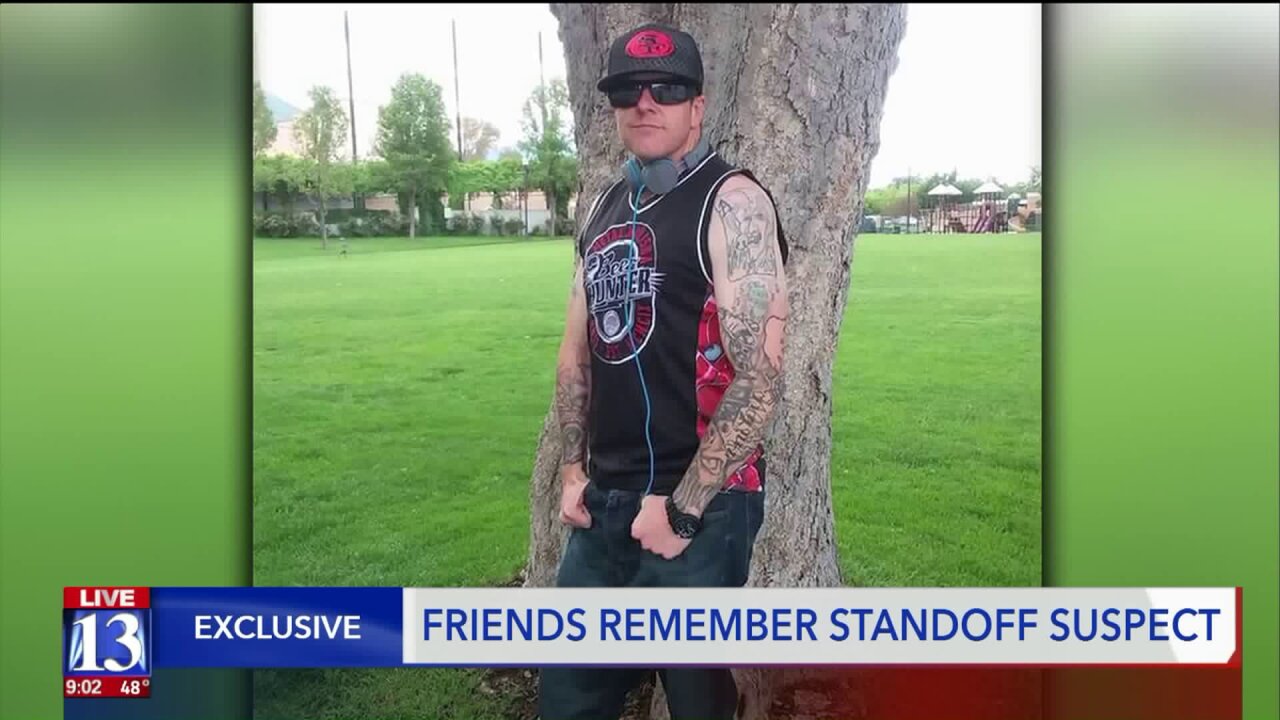 CLEARFIELD, Utah -- While thousands watched a standoff slowly unfold on I-15, a family in Tooele learned a long-loved friend had once again fallen into addiction.

“Chris is an amazing man. He really is. He’s had a troubled past, but when he’s sober off of drugs he’s a great guy,” said Kenzie DeHerrera of her friend Chris Lewis.

Chris Lewis is the man police say fled officers with a gun on Monday night and ran onto I-15 at 650 North in Clearfield. The freeway was shut down in both directions for over three hours. Law enforcement tried repeatedly to negotiate with Lewis. Around 9:00 p.m. Monday night, negotiations failed. Tactical teams shot Lewis with non-lethal pepper spray rounds and took him into custody without serious injury.

DeHerrera and her boyfriend, another lifelong friend for Chris, allowed him to live rent-free in their Tooele County home. They say he was going through addiction treatment and was doing well. He was close to their seven-year-old daughter, often helping with homework.

“I have to read two books for homework and I read it to him. He helps me sound out the words,” said Kaydinse Matkin.

A month prior to the standoff on I-15, they made the painful decision to ask Lewis to leave their home.

“We knew that he had relapsed on drugs again, so we had to get him out of the house. We just can’t have that around the kids,” said DeHerrera.

Police arrested Lewis on Sept. 21 for robbing the Tooele Walmart. The probable cause statement for his arrest reads in part:

"On September 21, 2018, at 0237, a bomb threat was called into dispatch. As Tooele City Police officers arrived on the scene, they observed a male running from the store. The male was wearing a Halloween mask and was carrying a TV, drone, and machete."

Police say Lewis told them he committed the crime to pay off a drug debt.

DeHerrera has no illusions about the problems Chris’s drug addiction has caused. She and her boyfriend are grateful police did not shoot and kill their friend as he waved a gun on I-15 Monday night. And they are hopeful he can eventually find his way to the path of recovery.

“Everybody makes mistakes and you don’t give up on your family,” said DeHerrera.