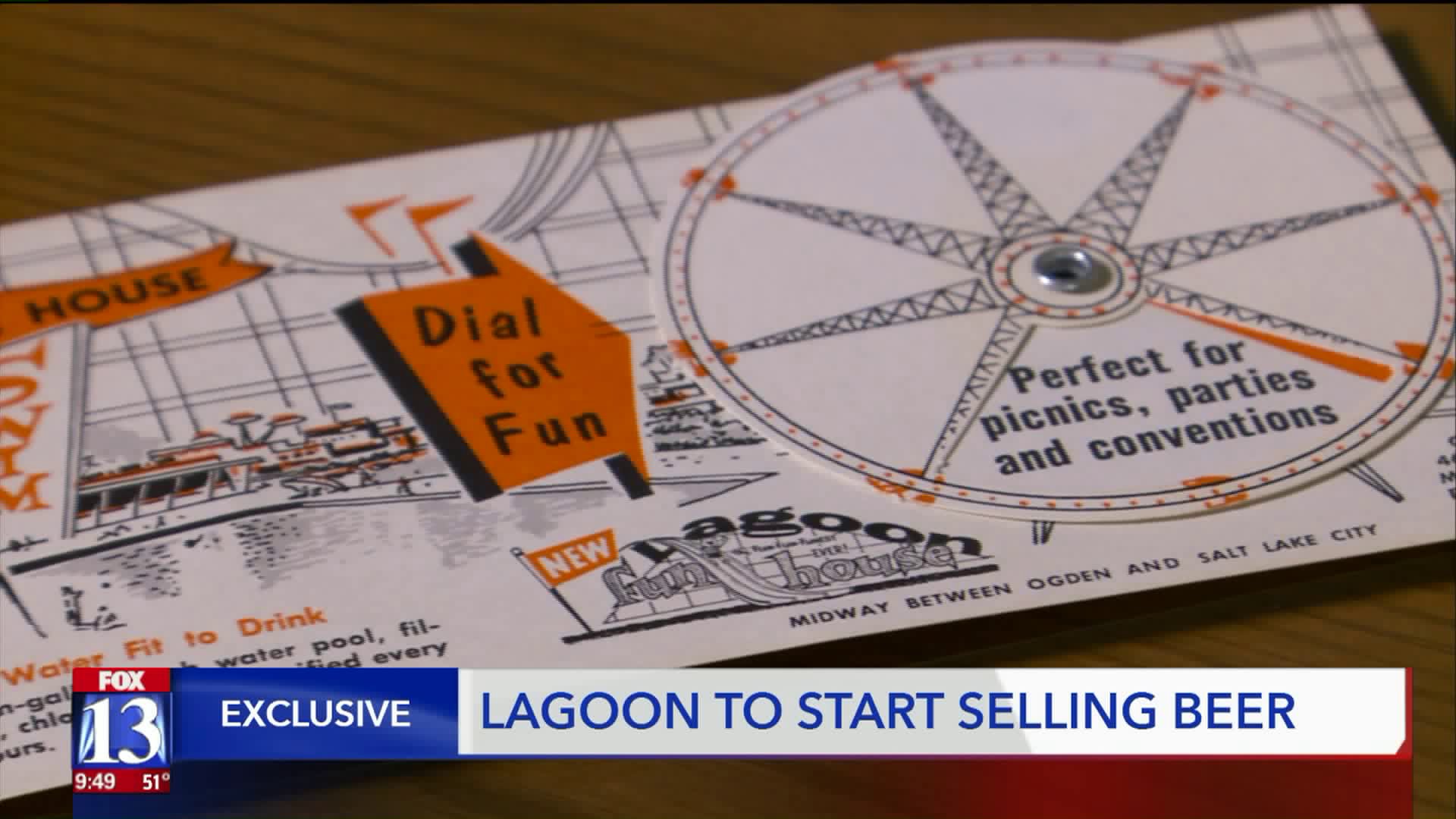 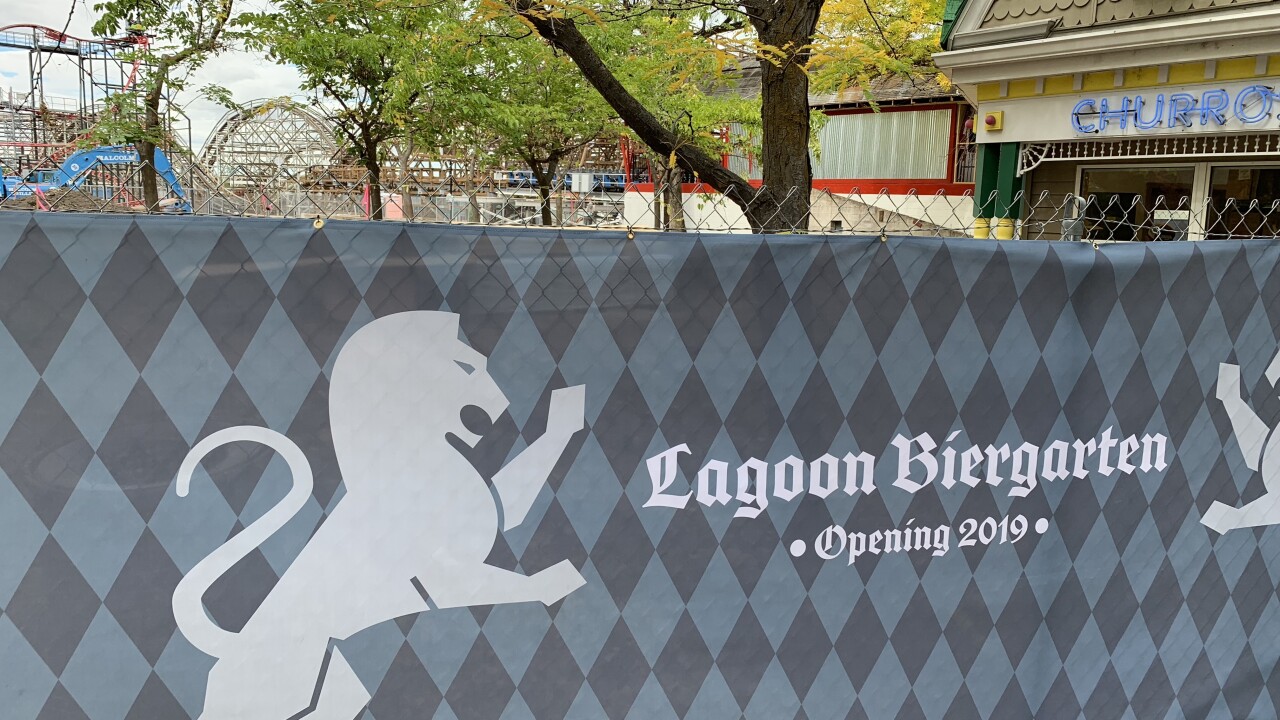 FARMINGTON, Utah -- For the first time in decades, Lagoon will sell beer on the grounds of the amusement park.

"There is always something new at Lagoon and in 2019 we will be opening the Lagoon Biergarten! Located just south of the historic Roller Coaster, Lagoon’s Biergarten will offer a wide variety of beers on tap as well as a range of exciting food options. Lagoon is thrilled with the addition of this beautifully themed dining area and look forward to it’s grand opening next year," park spokesman Adam Leishman said in a statement to FOX 13.

Signage has already gone up next to the classic roller coaster promoting it. Utah's Department of Alcoholic Beverage Control said Lagoon has had a beer sales permit for years, but this will be the first time since 1979 that Lagoon has sold alcohol on park grounds. (Lagoon has in the past brought in a beer trailer to in the RV campground and for some groups who have come in.)

Currently, patrons have been able to "BYOB" as Lagoon is one of a handful of amusement parks in America that still allows picnicking. Lagoon told FOX 13 the beer garden will not allow product sold there to be taken out of the grounds (and alcohol is prohibited from the Lagoon A Beach water park) because it will be served in glassware.

Lagoon has had an interesting history with alcohol, stretching back to the 1800s. When it was a swimming area and a dance hall, it also had a saloon. Some historic accounts indicate it disappeared or moved around the time of Prohibition. Then there are some claimed instances of bootlegging at Lagoon.

"Bootlegging was a part of Utah's life. Nary was there a community in Utah that had a large enough population that there wasn't some kind of bootlegging," said Brad Westwood, the director of Utah's Division of State History. "Lagoon was no different."

Alcohol inevitably returned and Lagoon sold beer until 1979. Westwood said that was about the time of a culture shift in Utah where things were more "family oriented." Lagoon also moved away from being a major concert venue (performers in the 1960s included Janis Joplin, Jimi Hendrix, The Doors and the Beach Boys who famously mentioned Lagoon in their song, "Salt Lake City").

Farmington itself rejected a state-run liquor store in that same area, in part over community pushback about alcohol so near Lagoon. Minutes from a May planning commission meeting showed resident comments critical of a proposed liquor store nearby, citing the proximity of the park.

Westwood said Lagoon has done a very good job of trying to accommodate their entire audience of families who don't want alcohol and those who do.

"I think the reason they're so respected is they've never insulted their audiences. They've always figured out a way to endear whatever the audience, whoever the population is," he said. "I think whatever happens with the beer garden, it will be accepted."