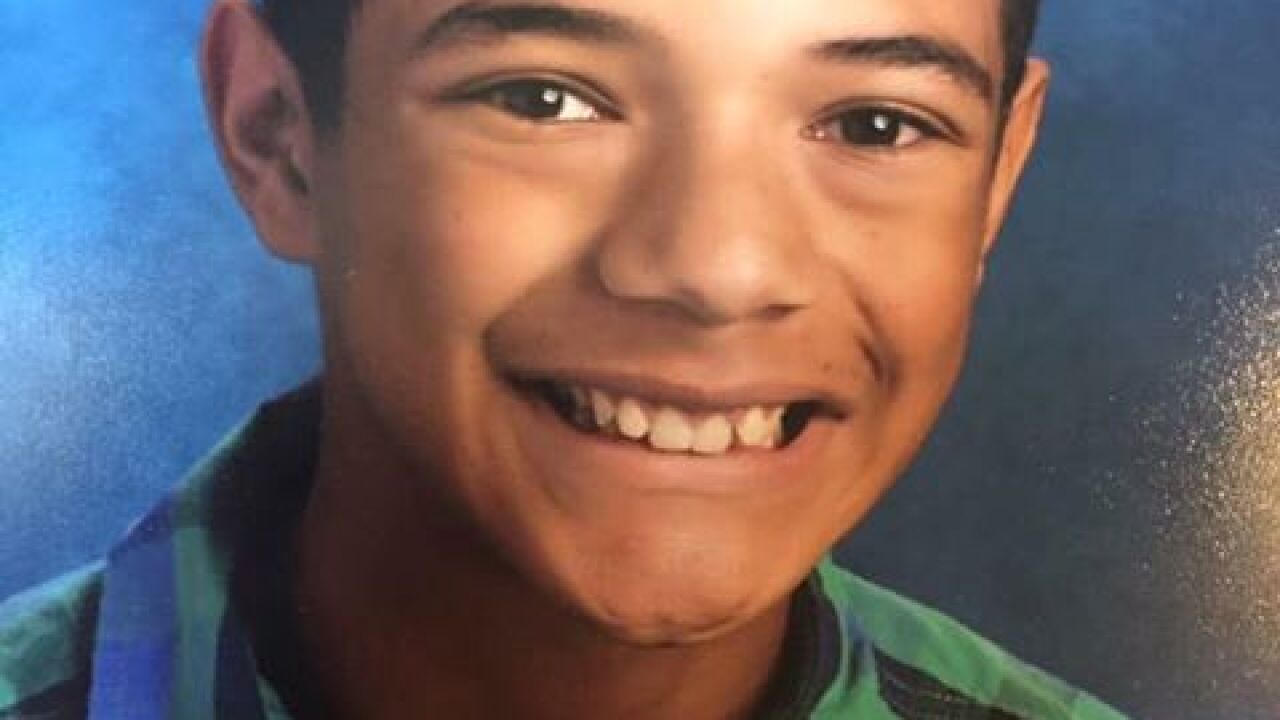 UPDATE: Sgt. Melody Gray with the Unified Police Department said that Ricky Marrott was located Monday afternoon by the Utah Highway Patrol near I-15 and 2100 S.

Additional details regarding how Ricky was located were not available at the time of this report.

MIDVALE, Utah — Police are asking the public for help in locating a missing 15-year-old who was last seen leaving school Thursday.

Unified Police issued a press release Monday stating it is unknown if Ricky Marrott is a runaway and noting there “is no evidence to indicate Ricky may have been taken against his will. At this time Ricky is missing and we have exhausted all plausible leads.”

Police are expected to hold a press conference regarding the case later Monday.

Police ask anyone who sees the boy or who has knowledge of his whereabouts to contact them. Dispatch can be reached at 801-743-7000.