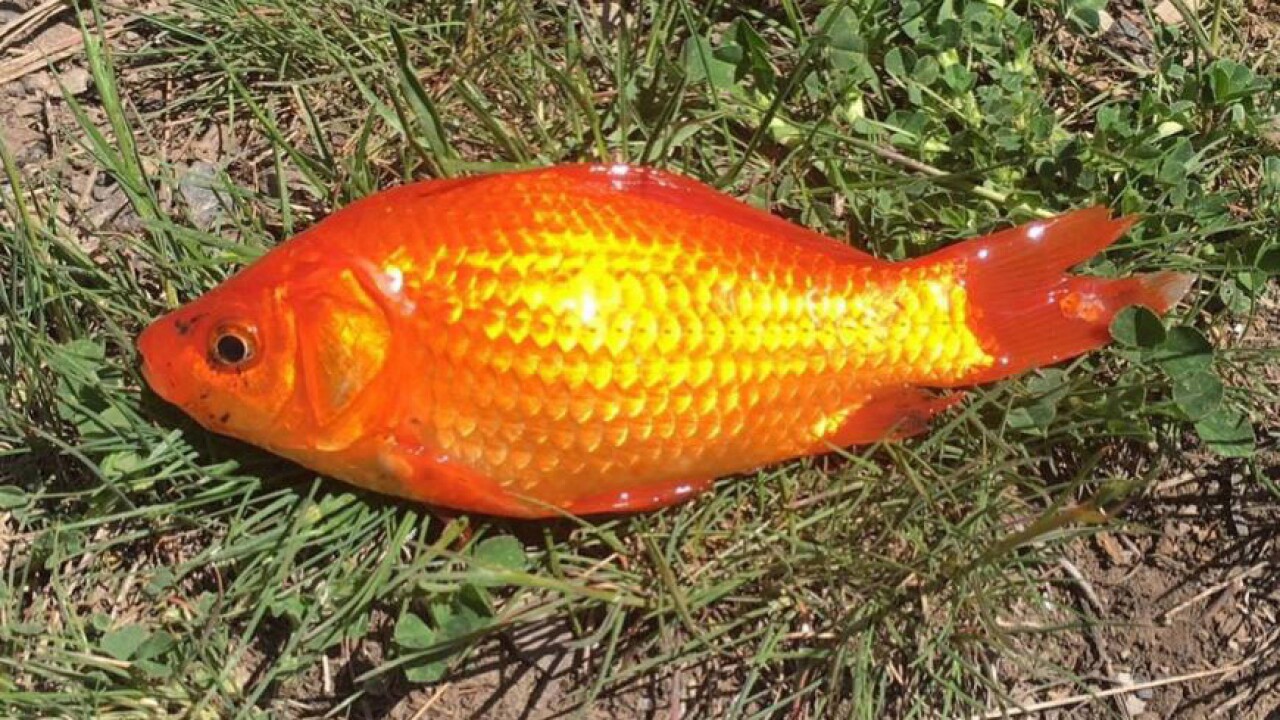 Goldfish are damaging the ecosystem at Maple Lake and ruining the fishery. The fish were placed in the lake illegally by those who no longer wanted them as pets.

PAYSON, Utah — Biologists with the Utah Division of Wildlife Resources (DWR) said they will begin treatments on a Payson lake to remove goldfish, that were apparently dumped there illegally.

Chris Crockett, Regional Aquatics Manager for the DWR, said the fish were pets of someone who put them in Maple Lake. Over the years, the fish multiplied and began to compete against native trout for food.

“The goldfish are eating the native plants and reducing the lake’s water quality by stirring up sediment. None of those things are good for the health of the lake,” Crockett said.

Biologists with the DWR will use rotenone, a type of piscicide, and pesticide, to attempt to remove the goldfish from the lake.