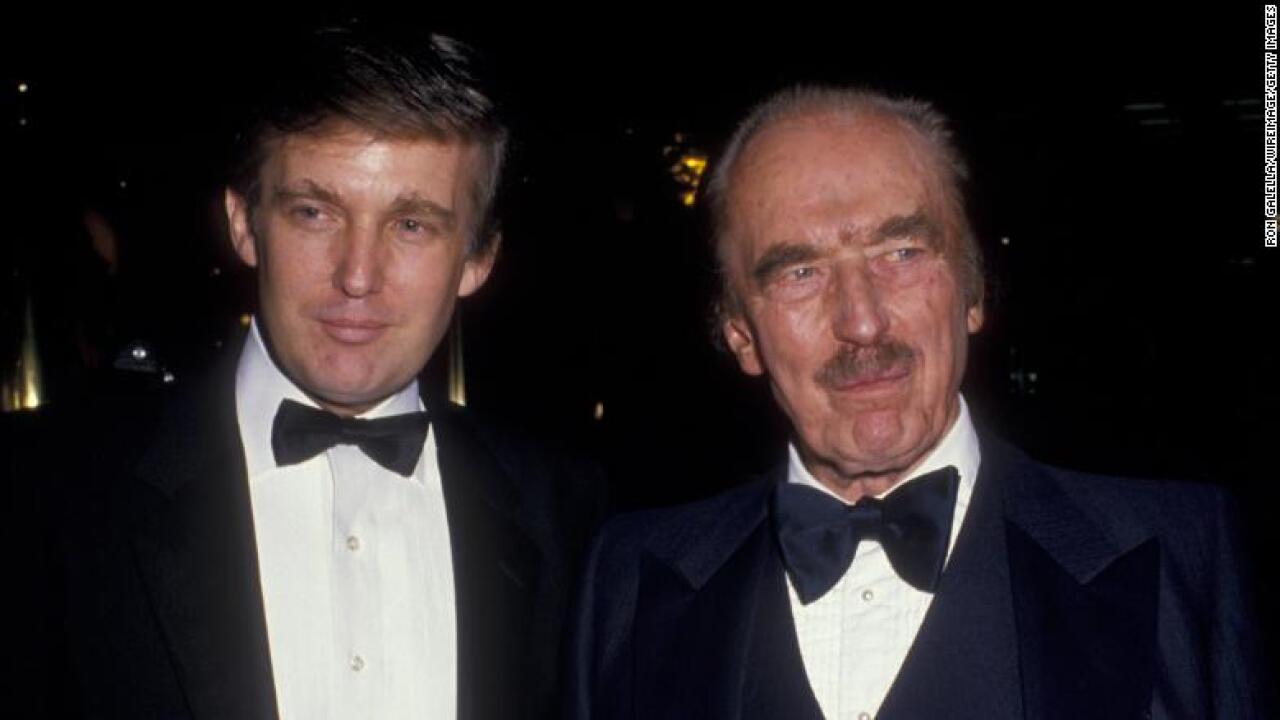 President Donald Trump helped “his parents dodge taxes” in the 1990s, including “instances of outright fraud” that allowed him to amass a fortune from them, according to an analysis Tuesday from The New York Times.

Trump received at least $413 million in today’s dollars from his father’s real estate empire, starting at the age of 3.

The President and his siblings helped his parents build their wealth by hiding millions of dollars in gifts in a “sham corporation,” according to the Times. The President assisted his father in taking “improper tax deductions worth millions more.” He also helped to “formulate a strategy” for his parents to undervalue their real estate holdings on their tax returns to reduce their tax bill, according to records reviewed by the Times.

Over a months-long investigation, the Times reviewed more than 100,000 pages of financial documents — bank statements, financial audits, cash disbursement reports and canceled checks. They included more than 200 tax returns from Fred C. Trump, the President’s father, and other family partnerships and trusts. The Times also interviewed some of the President’s father’s former employees and advisers.

Trump’s lawyer Charles Harder responded to the Times story in a statement on Monday.

“The New York Times’ allegations of fraud and tax evasion are 100 percent false, and highly defamatory,” Harder said, according to the paper.

“There was no fraud or tax evasion by anyone. The facts upon which the Times bases its false allegations are extremely inaccurate,” the statement continued.

Trump’s brother Robert Trump said in a statement to the Times that all “required taxes were paid.”

“Our dear father, Fred C. Trump, passed away in June 1999. Our beloved mother, Mary Anne Trump, passed away in August 2000,” Robert Trump said in the statement to The Times. “All appropriate gift and estate tax returns were filed, and the required taxes were paid. Our father’s estate was closed in 2001 by both the Internal Revenue Service and the New York State tax authorities, and our mother’s estate was closed in 2004. Our family has no other comment on these matters that happened some 20 years ago, and would appreciate your respecting the privacy of our deceased parents, may God rest their souls.”

“Fred Trump has been gone for nearly twenty years and it’s sad to witness this misleading attack against the Trump family by the failing New York Times,” said White House press secretary Sarah Sanders in a statement Tuesday. “Many decades ago the IRS reviewed and signed off on these transactions.”

The records reviewed by the Times did not include Trump’s personal tax returns or his recent business dealings.

Trump’s taxes have been largely a mystery since he first ran for office. During the campaign, the then-candidate broke with presidential election norms and refused to produce his tax returns for public review. They have remained private since he took office, and Trump has repeatedly said he’s under audit by the IRS, which has been ongoing since at least 2016, according to the President.

Being under audit by the IRS does not preclude someone from releasing their tax returns publicly.

Though Trump has not released his returns, the Times story offers the “first public accounting” of the income the President has received over decades from his family’s businesses.

James Gazzale, a spokesman for the New York State Department of Taxation and Finance, said in a statement that the agency “is reviewing the allegations in the NYT article and is vigorously pursuing all appropriate avenues of investigation.”

The Times report also offers a far different portrayal of how the President has gained his wealth, after decades of depicting himself as a self-made man.

He began earning money from his father when he was a toddler, and after college graduation his father gave him the equivalent of $1 million a year. By the time he was in his 40s and 50s, the yearly sum was more than $5 million, the Times reported.

Trump’s father was “relentless and creative” in finding ways to funnel wealth to his children, according to the Times. Trump was on his father’s payroll for multiple positions. Loan after loan was provided and often was never repaid. Trump got money for his car, money to buy stocks and his first Manhattan office. He was even given $10,000 Christmas checks, according to the Times.

“Evading gift and estate taxes became a family affair” when Trump’s father was diagnosed with dementia in his 80s, according to interviews and documents obtained by the Times.

One previously unknown event uncovered by the Times shows how Trump and his siblings were able to gain ownership of most of his father’s businesses on Nov. 22, 1997, a year and half before his father’s passing.

To do so, they used a special type of trust called GRAT, short for grantor-retained annuity trust. Those kinds of trusts help to pass wealth like stocks, real estate and art collections from one generation to the next without paying any estate taxes.

For the Trumps, that meant putting half their properties into the trust under Trump’s father’s name and the other half into his wife’s name, according to the Times. Then Trump’s parents gave their children roughly two-thirds of their assets in the trust. Trump and his siblings bought the remaining third by making annuity payments to their parents for two years.

Once it was done, Trump and his siblings owned nearly all of his father’s empire “free and clear of estate taxes,” according to the Times.

Trump and his siblings also lowered the value of their father’s real estate holdings to $41.4 million, dodging hundreds of millions in gift taxes, according to the Times.

Over the next decade, the same set of buildings would be sold for “more than 16 times the amount,” according to the Times.

Still, the biggest payday Trump ever got from his father came after his death, on May 4, 2004.