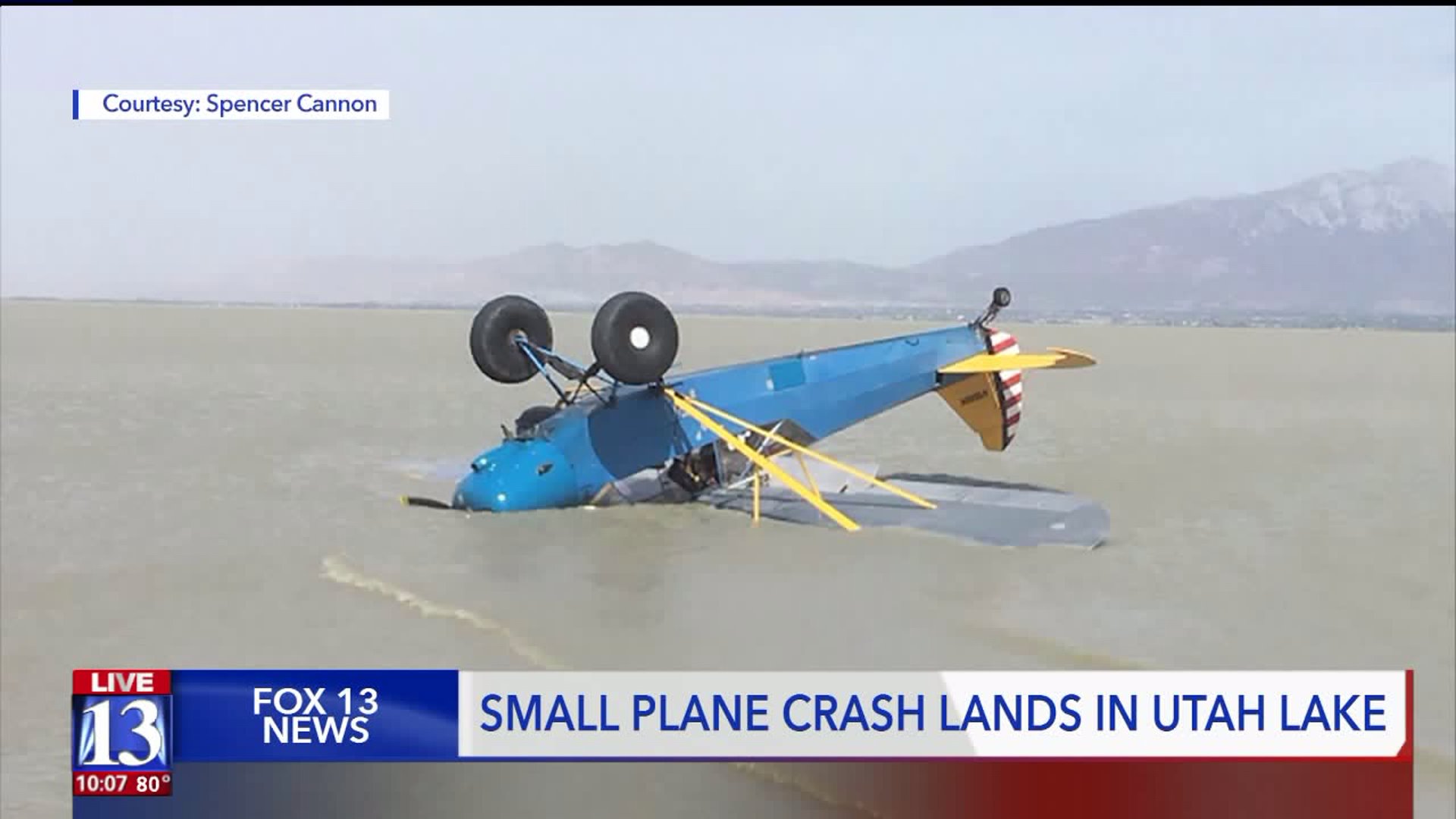 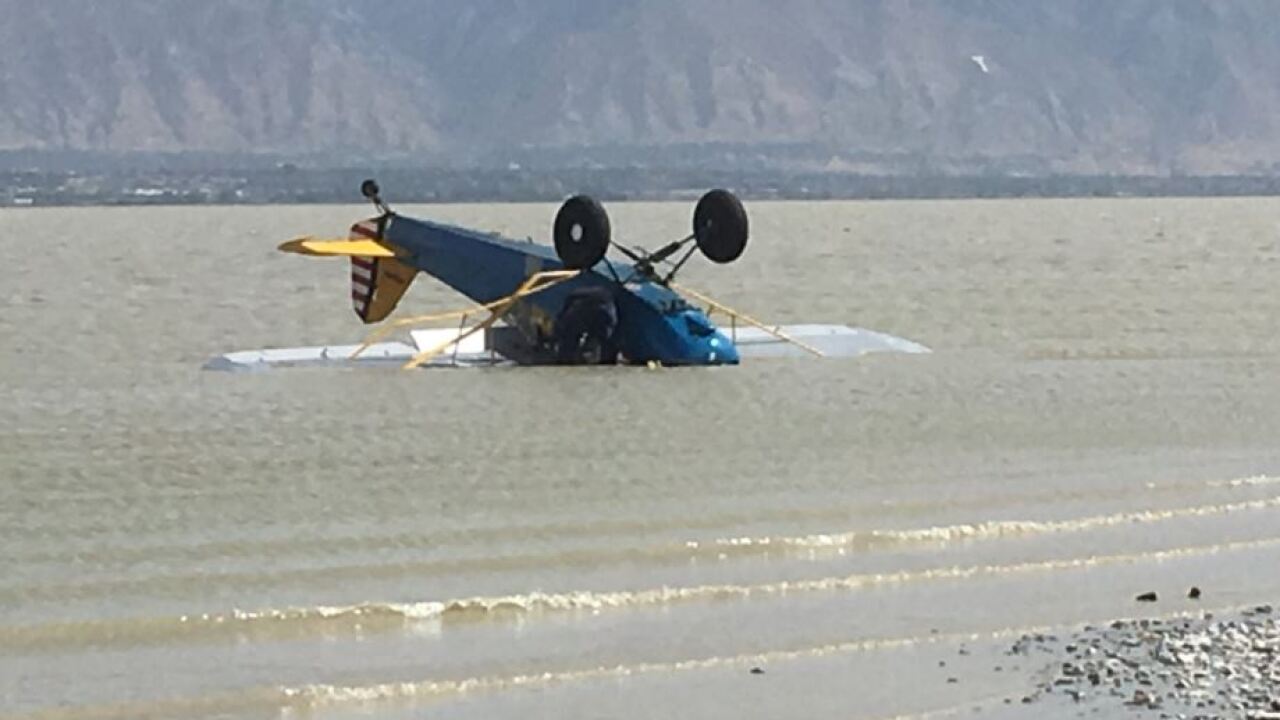 SARATOGA SPRINGS, Utah -- A small plane crashed into a shallow part of Utah Lake Saturday in what the pilot told authorities was a "hard landing."

Sgt. Spencer Cannon with the Utah County Sheriff's Office said that the pilot, who was the sole occupant of the aircraft, crashed the plane into the west side of Utah Lake, at Pelican Point near Saratoga Springs.

The airplane flipped upside down during the crash, Cannon said.

Cannon said the pilot, who only suffered minor injuries, was able to walk 20 feet to the lakeshore.

The Federal Aviation Administration (FAA) responded to the crash Saturday to investigate what caused the accident.