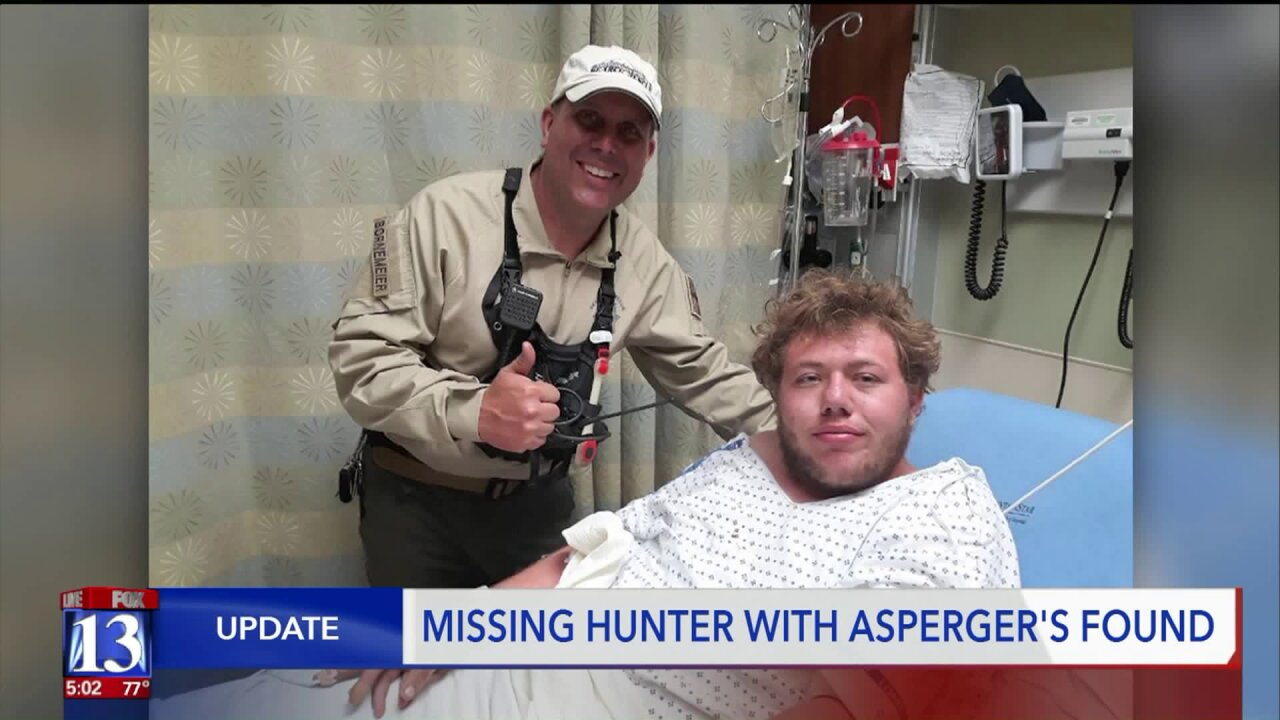 Chief Deputy Ty Berger with the Davis County Sheriff's Office said Bakker was found miles from where he had last been seen.

He had walked through the night and fallen and hurt himself.

“He’s got his hand x-rayed, and he’s got a lot of scratches on his legs from bushwhacking, and his hand is very severally bruised or broken, and they’re x-raying that right now," said Albert Bakker, Mason Bakker's dad.

Deer hunters found him and called 911.

Part of the search crew was about a quarter mile away from where Bakker was found.

Mason was wet, cold and a bit dehydrated but in great spirits when he was reunited with his mother.

DAVIS COUNTY, Utah -- The search resumed early Sunday morning for a 19-year-old man who became separated from his father Saturday while hunting deer in Davis County.

Mason Bakker, who has Asperger's, which is part of the broader Austism Spectrum Disorder, was last heard from around noon Saturday.

The pair had left the Bountiful Peak Campground around 6:30 a.m to hunt the top of the Parrish Flats area .

According to , approximately 80 people are searching for Bakker Sunday.

Along with search and rescue teams from Davis, Weber and Salt Lake Counties, the Weber County Sheriff's Mounted Posse and the Bountiful Jeep Posse are taking part in the search.

Mason is not prepared for lower mountain temperatures and does he have adequate water or food, Berger said.

Sheriff's officials asked anyone who may see or come into contact with Bakker to call the Davis County Sheriff's Office at (801) 451-4150.