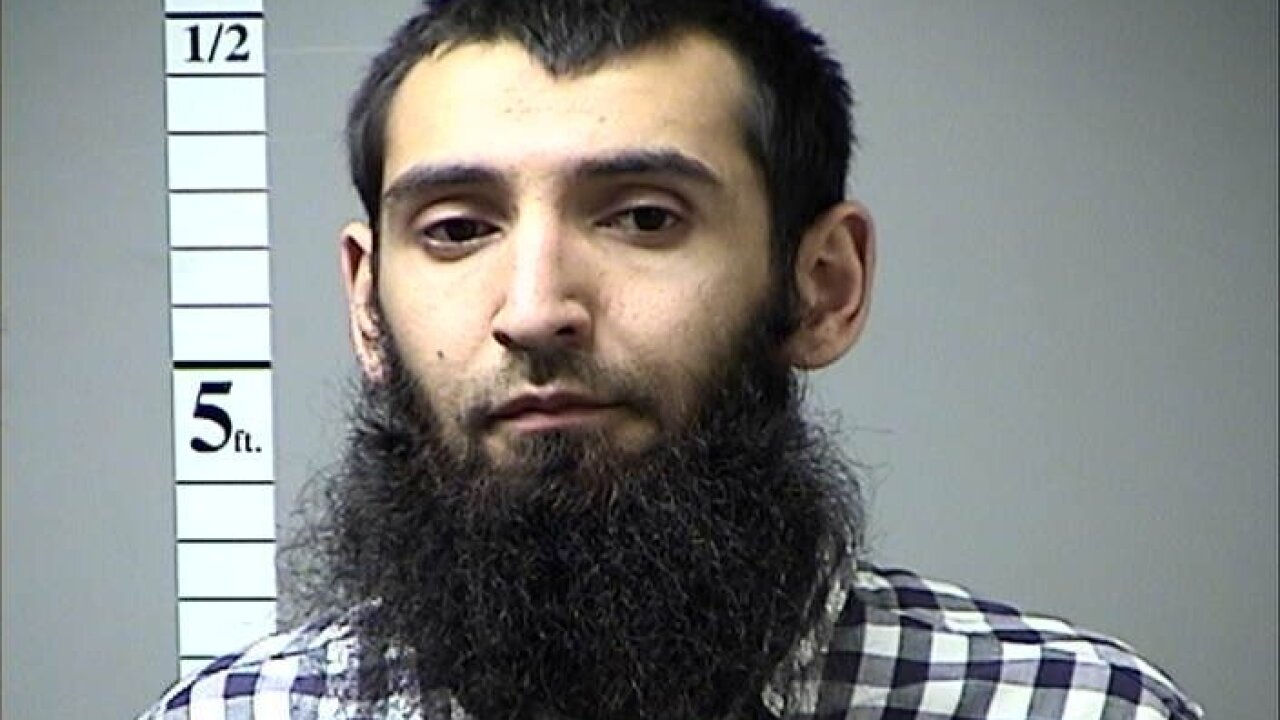 Sayfullo Habibullaevic Saipov, who previously entered a plea of not guilty, faces an indictment that includes murder, attempted murder and terror-related charges in the October 31 rampage.

(CNN) — Federal prosecutors will seek the death penalty against the suspect in New York’s deadliest terror incident since 9/11, an attack that left eight people dead when a box truck went down a bicycle path.

Sayfullo Habibullaevic Saipov, who previously entered a plea of not guilty, faces an indictment that includes murder, attempted murder and terror-related charges in the October 31 rampage.

In a court filing Friday, prosecutors said Saipov, 30, committed the crimes “in an especially heinous, cruel and depraved manner.” They also cited his alleged support of the Islamic State and lack of remorse.

The suspect’s attorneys said in a statement that they were disappointed.

“We think the decision to seek the death penalty rather than accepting a guilty plea to life in prison with no possibility of release will only prolong the trauma of these events for everyone involved.”

Lawyers for the alleged terrorist have said President Donald Trump’s tweets calling for the death penalty and skewering Attorney General Jeff Sessions harms Sessions’ ability to make an impartial decision on how to handle his case.

The attorneys for Saipov pointed to tweets in the aftermath of the attack in which Trump advocated for a quick execution. They also point to a tweet deriding Sessions for not thinking of the political implications for his decision to indict two Republican congressman.

They want the judge to either rule out the possibility of the death penalty or appoint an independent prosecutor in the case.

Saipov, who told investigators he was motivated to use the truck by watching ISIS videos, was arrested during the incident. After his truck hit a school bus, stopping it in its tracks, he exited the vehicle, and a New York police officer shot him. Dozens of people were injured.