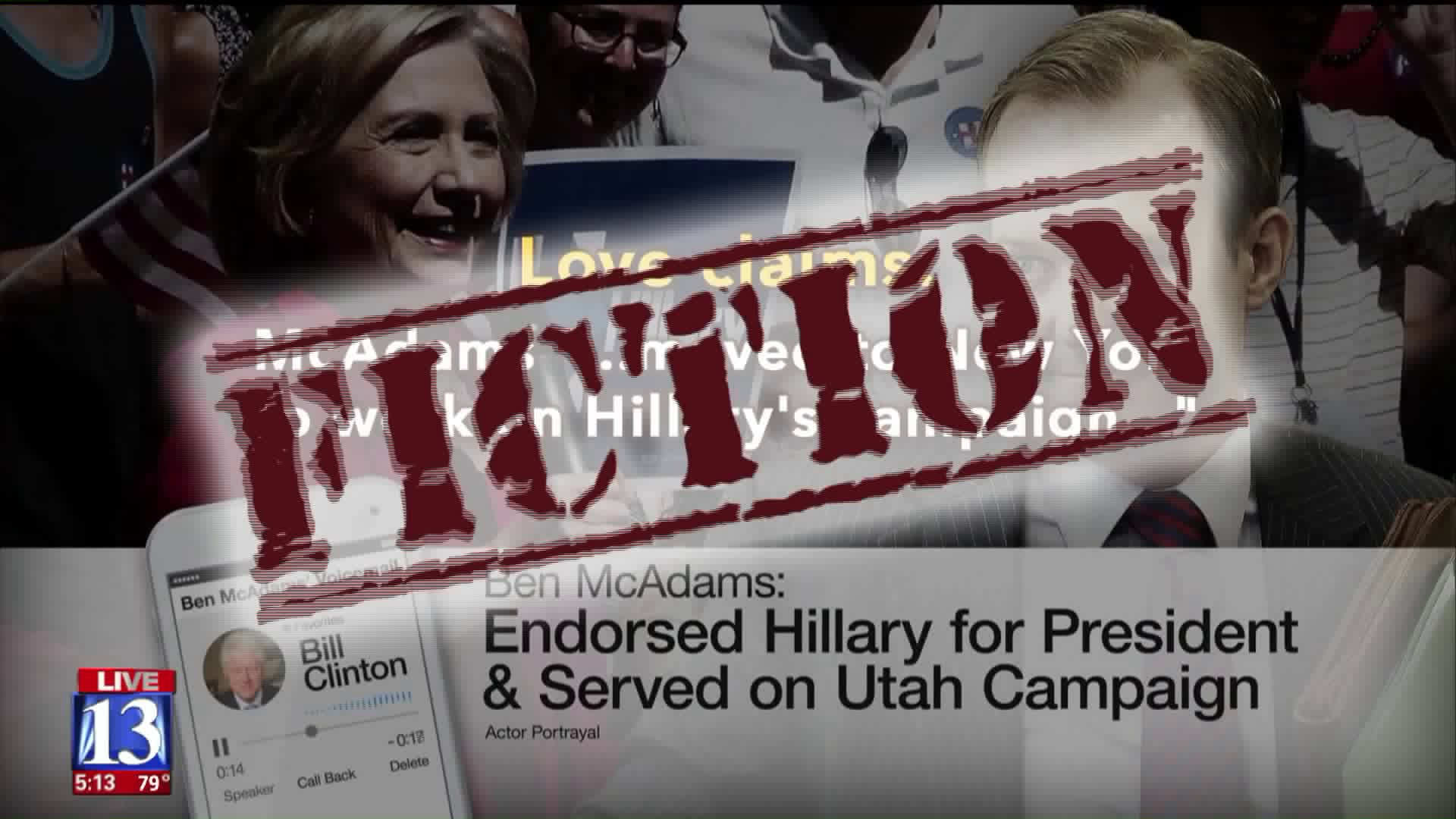 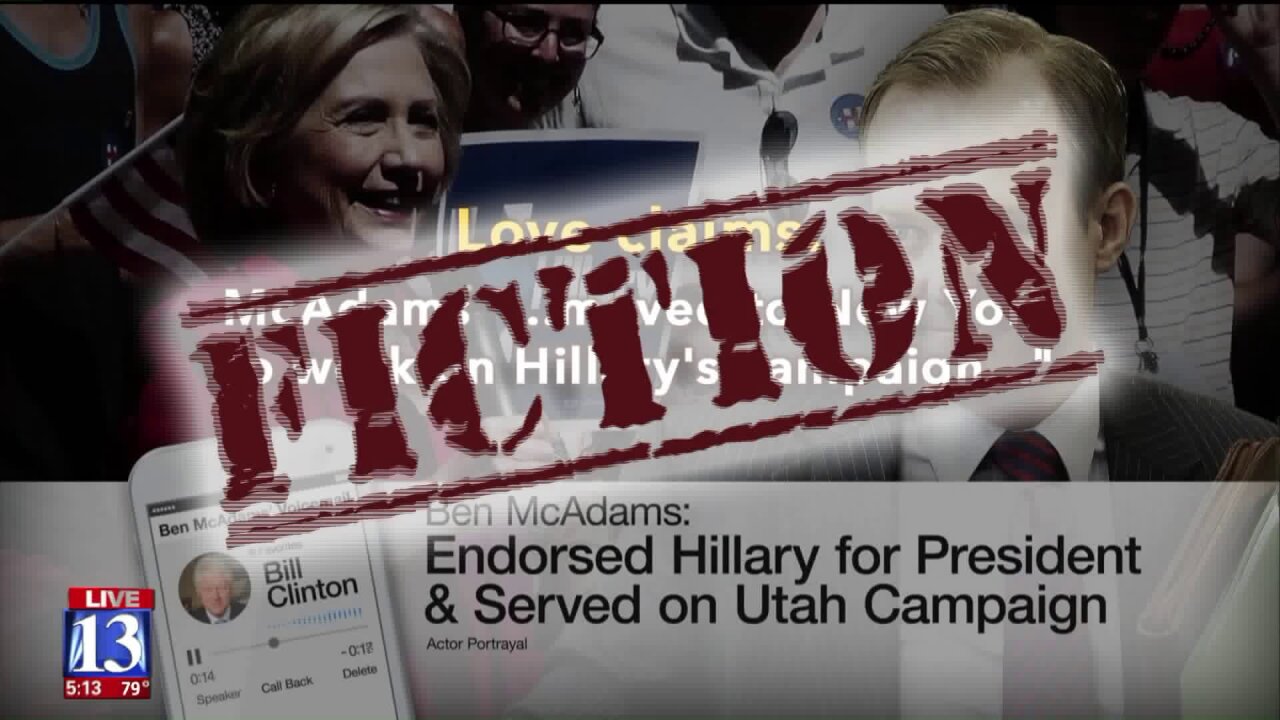 SALT LAKE CITY -- Both Ben McAdams' and Mia Love's campaigns have gone negative in Utah's most competitive federal race in a year when the national political scene is particularly contentious.

Fourth District Congresswoman Mia Love has an advertisement featuring a Bill Clinton impersonator pointing out a number of ways that Ben McAdams has been supportive of President Bill Clinton and Secretary of State Hillary Clinton over the years. The Love ad also says if McAdams wins, Minority Leader Nancy Pelosi will become Speaker of the House and McAdams will work for her.

Many of the basics are true in Love's ad: McAdams served a White House internship in the Clinton administration, supported Hillary Clinton's first Senate run and her Presidential Campaign.

But the ad says two things that are not completely true:

McAdams has also said he will not vote for Nancy Pelosi for Speaker. In addition, it's mathematically possible that if McAdams wins, he could tilt the balance to Pelosi. It would involve him abstaining or voting for a third candidate, thus denying the GOP that one extra vote Love would provide. In this case, Love is fudging.

McAdams latest ad says Love is ethically challenged because her campaign collected "illegal contributions," and has been "repeatedly accused" of "violating ethics laws" and using tax money "for her own benefit."

On these claims:
The contributions to Love's campaign were put in the wrong category, earmarked for a primary election that did not happen. That said, all of the money was disclosed so it strains credulity to suggest there was criminal intent. The Love campaign has admitted they made a mistake and they said they'll abide by the FEC's decision. McAdams is fudging the facts here.

Love has been accused of ethics violations. In one case a left leaning political group filed complaints with the FEC and Postal Service about the use of Republican Party non-profit status to send campaign materials. In two other cases, mailers seemed to suggest Love was praised by the Salt Lake Tribune and Deseret News when one of the quotes was from Love herself and another was from a contributing opinion writer.

Here, the facts are accurate though there is context. The accusations have substance, but there have been no formal finding of wrongdoing.