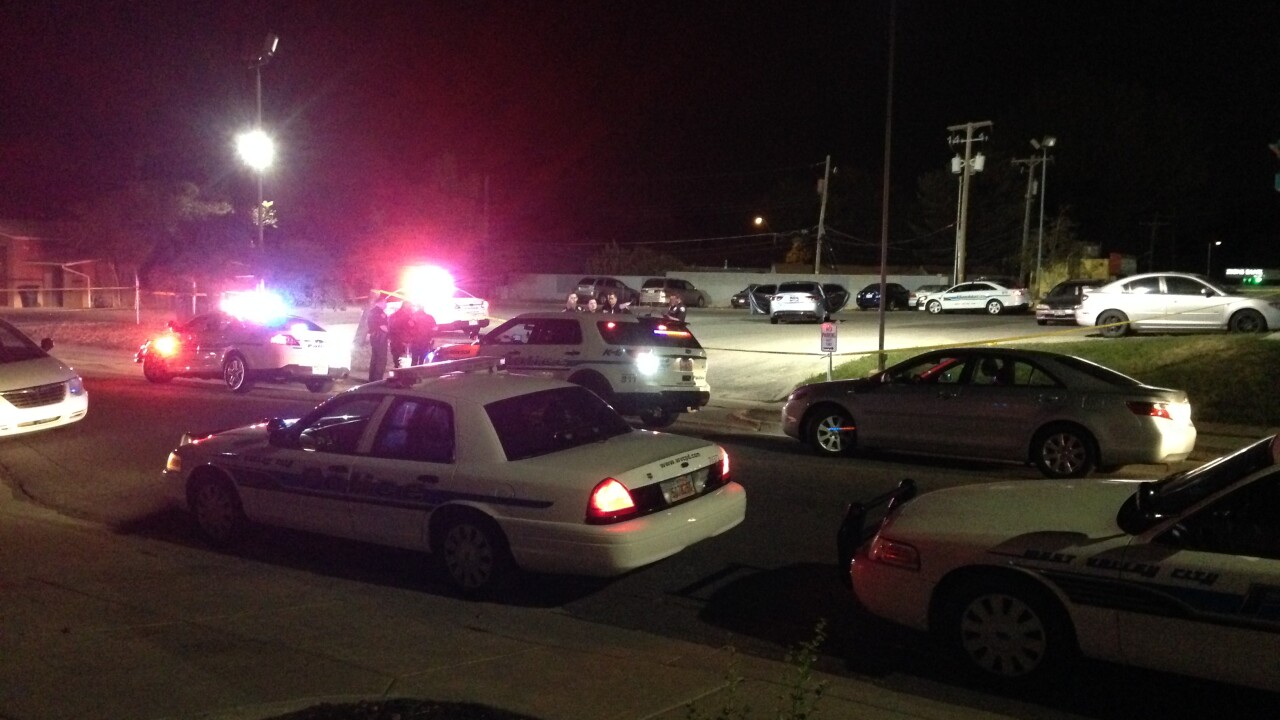 WEST VALLEY CITY, Utah — Police confirmed that one person died of a gunshot wound and the shooter fled the scene Wednesday night.

Lieutenant Steve Burke said the West Valley City Police Department got a call that shots had been fired shortly after 9 p.m.

When officers arrived, they found a young man lying in a nearby parking lot with a gun shot wound to the abdomen. Burke said the young man did not appear to be conscious or breathing, and officers began to perform CPR. The fire department arrived and loaded the young man into an ambulance. He died on the way to the hospital.

So far, Burke said, they’ve determined that there were three occupants of the car the young man was found lying next to; a female and two young Hispanic males.

“Some sort of an argument ensued in the backseat of the car, where one of the males was hit in the head with a bottle by the shooting victim. The gun was produced inside the car and at least one round was fired, and the victim was hit,” Burke said.

The shooter fled the scene on foot. Officers have not been able to identify the suspect by name, but they believe him to be a Hispanic male in his early twenties of average build, around 5 foot 4 inches and 160 pounds. However, they do know the suspect has a “very distinct tattoo” on the left side of his forehead.

“We did find a photograph of him off of social media but the name on the account is not correct,” Burke said.

Officials are interviewing witnesses and will be searching the area for possible surveillance footage. At the moment, it’s unclear where exactly the shooting occurred.

“The young lady that was driving is pretty shaken up; we’re going to take her back to our office, get her calmed down and interview her fully,” Burke said.

However, the exact location where the shots were fired is irrelevant, Burke said. But for the sake of thoroughness, he added, they want to figure out exactly where it happened.

The victim is a 26 year old Hispanic man. West Valley PD has been canvassing a large area with the help of other agencies and K9 officers. Burke doesn’t believe the suspect poses a threat to people in the area, but as soon as they know his identity they will share that with the public.