Ted Cruz forced from restaurant amid confrontation about Kavanaugh 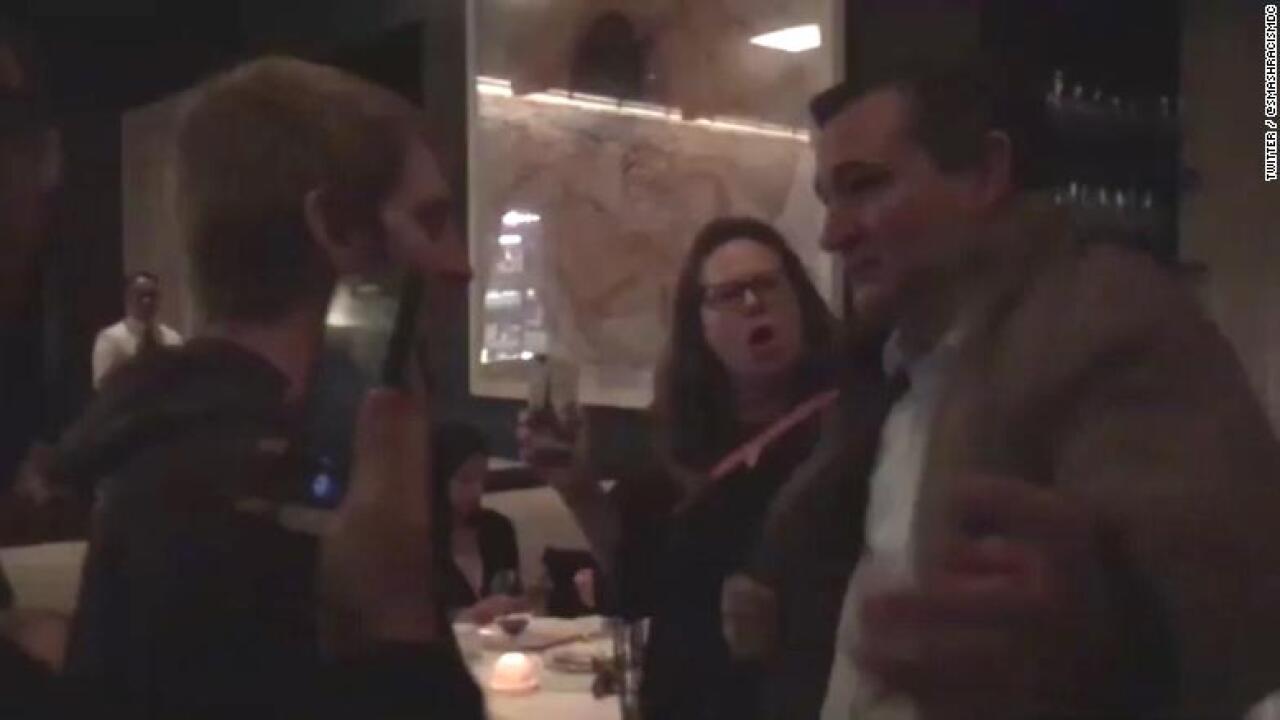 Sen. Ted Cruz was forced to leave a Washington restaurant Monday after left-wing activists swarmed the senator, heckling him with chants and demanding to know his position on embattled Supreme Court nominee Brett Kavanaugh.

In two videos posted to Twitter, a small group of activists can be seen confronting the Texas Republican and his wife, Heidi, as the couple makes their way to a table at Fiola, an Italian restaurant near the Capitol building.

The videos have garnered more than 1.2 million views since they were posted late Monday.

The first video shows a woman who identities herself as a constituent of the Texas Republican and a survivor of sexual assault questioning him about his vote on the controversial nominee.

“I’d love to talk with you about Brett Kavanaugh tonight,” she says. “I’m a constituent. Love to know what your vote is going to be tonight. I know that you’re very close friends with Mr. Kavanaugh. And do you believe survivors, sir?”

Kavanaugh has been accused of sexual misconduct by Christine Blasey Ford, who says he assaulted her in the 1980s while they were in high school, and Deborah Ramirez, who says she remembers Kavanaugh exposing himself to her at a dormitory party during their freshman year at Yale University.

The group then begins chanting, “We believe survivors!” as Cruz and his wife walk away from them and toward their table.

As the protesters surround Cruz’s table begin chanting more vigorously, the senator and his wife gather their belongings and walk out of the restaurant to cheers, according to the second video.

CNN previously reported that Cruz announced his support for Kavanaugh in July, saying: “By any measure, Judge Kavanaugh is one of the most respected federal judges in the country, and I look forward to supporting his nomination to the Supreme Court of the United States.”

Cruz’s office did not immediately return CNN’s request for comment on the incident Monday evening.

Left-wing activists have similarly targeted conservatives and Trump administration officials in past months.

In July, Republican Sen. Mitch McConnell was chased from a restaurant by protesters in his home state of Kentucky. And in June, Department of Homeland Security Secretary Kirstjen Nielsen was heckled by protesters at a Washington eatery for her support of the Trump administration’s now reversed policies that led to family separations.

In June, Rep. Maxine Waters, D-California, encouraged supporters to publicly confront and harass members of the Trump administration for its unpopular policies and positions, a comment that was met with pushback from both Democrats and Republicans as well as President Donald Trump.