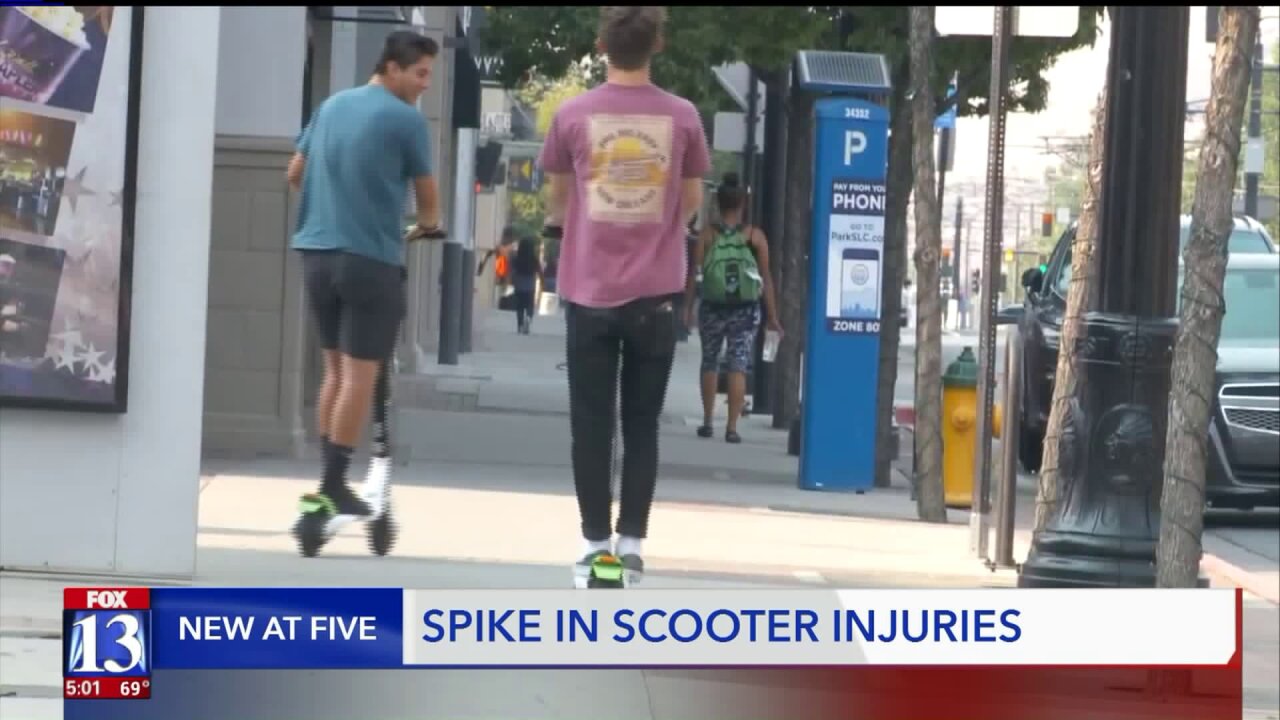 SALT LAKE CITY – Before you hop on an electric scooter, doctors have a warning for you – scooter-related injuries are on the rise in Salt Lake City.

“Don’t just jump on it and take off at 15 mph, because injuries certainly can happen and they are happening,” said Troy Madsen, M.D. emergency physician at the University of Utah.

At the University of Utah Hospital, Madsen says doctors treated eight patients between June and September of 2017. Within the same three-month period this year, that number nearly tripled to 21 – a 161 percent increase. This is the first time they tracked these type of injuries which included everything from wrist and leg fractures, to major head injuries.

“We did see cases of people who said they ran into trees, curbs, even cars on scooters,” said Madsen. “I think the biggest surprise for me was seeing how many people said they had been drinking before riding the scooter.”

80 percent of the injuries happened between Aug. 15-Sept. 15, a time when ridership went up with two rental scooters companies setting up shop in Salt Lake City.

“People with more minor injuries might go to an urgent care, where we’re probably seeing the more serious injuries in the emergency department,” said Madsen. “Several of these cases had to go to the operating room. Some of them came to us from an ambulance.”

Doctors say your best protection is to wear a helmet.

“You’re moving just as fast as you would on a bike. You’d wear a helmet on a bike. It makes sense that you really should be wearing a helmet on these scooters,” said Madsen.

Madsen says they plan to gather more data over the next couple of months to get a bigger picture of just how often these injuries are occurring.

“I was personally surprised not to see more injuries where pedestrians were hit by scooters. I didn’t see that. My suspicious is we’ll see more of those injuries.”