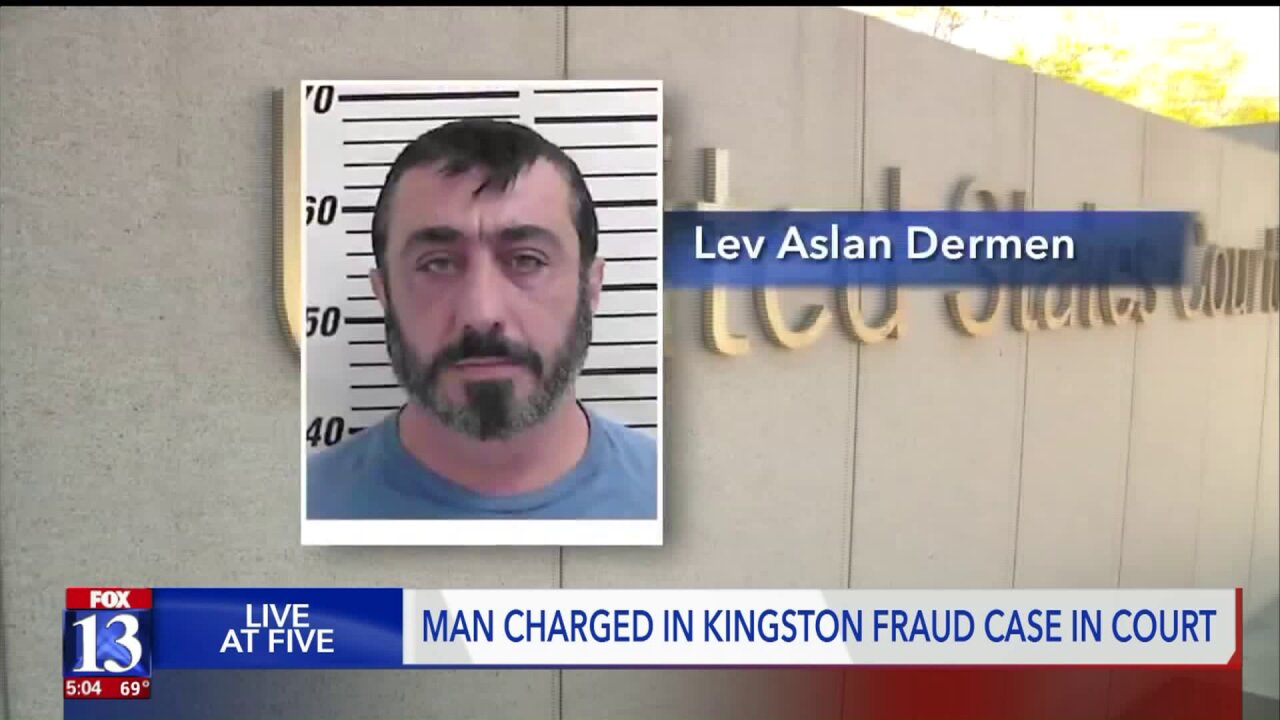 SALT LAKE CITY -- A man charged in connection with a massive fraud case leveled against the CEO of Washakie Renewable Energy appeared in federal court.

Lev Aslan Dermen, also known as Levon Termendzhyan, appeared before a federal magistrate judge on Monday where he pleaded not guilty to money laundering. If convicted, he faces up to 20 years in prison.

Dermen is the third man charged in the U.S. government's $511 million fraud case against Washakie Renewable Energy CEO Jacob Kingston and his brother, Isaiah. The U.S. Department of Justice has sought to show Dermen was a business partner of the Kingstons who also had ties to Turkey.

"I think this is basically a misunderstanding," Dermen's attorney, Mark Geragos, told FOX 13 outside of court. "I think once we're able to get discovery and show the U.S. Attorney the error of their ways, they'll do the right thing."

The case stems from a 2016 IRS raid by the IRS on businesses tied to the Kingston polygamous family. The three are essentially accused of participating in a scheme to bilk the federal government out of $511 million in reusable fuel tax credits through Washakie Renewable Energy. Prosecutors have claimed the overall scheme intended to bilk taxpayers out of as much as $1.1 billion.

In civil lawsuits against Jacob Kingston, lawyers have claimed Washakie produced no biofuels.

The feds have also accused the Kingstons of stashing millions in bank accounts in Turkey and planning to flee there to avoid prosecution. Isaiah Kingston has denied those allegations.

Outside court, Geragos said the feds have gotten it wrong when it came to Dermen's involvement with Turkish business and political leaders.

"It doesn't make a whole lot of sense, but I'll educate them on the cultural bankruptcy of that idea," he told FOX 13.

Dermen has been ordered to remain in jail while the case is pending. In court, assistant U.S. Attorney for Utah Cy Castle revealed the government has compiled 50 terabytes of evidence against the three.

U.S. Magistrate Judge Paul Warner was stunned by that figure and said a five week trial starting in late October trial would not be feasible.

No new trial date has been scheduled yet.