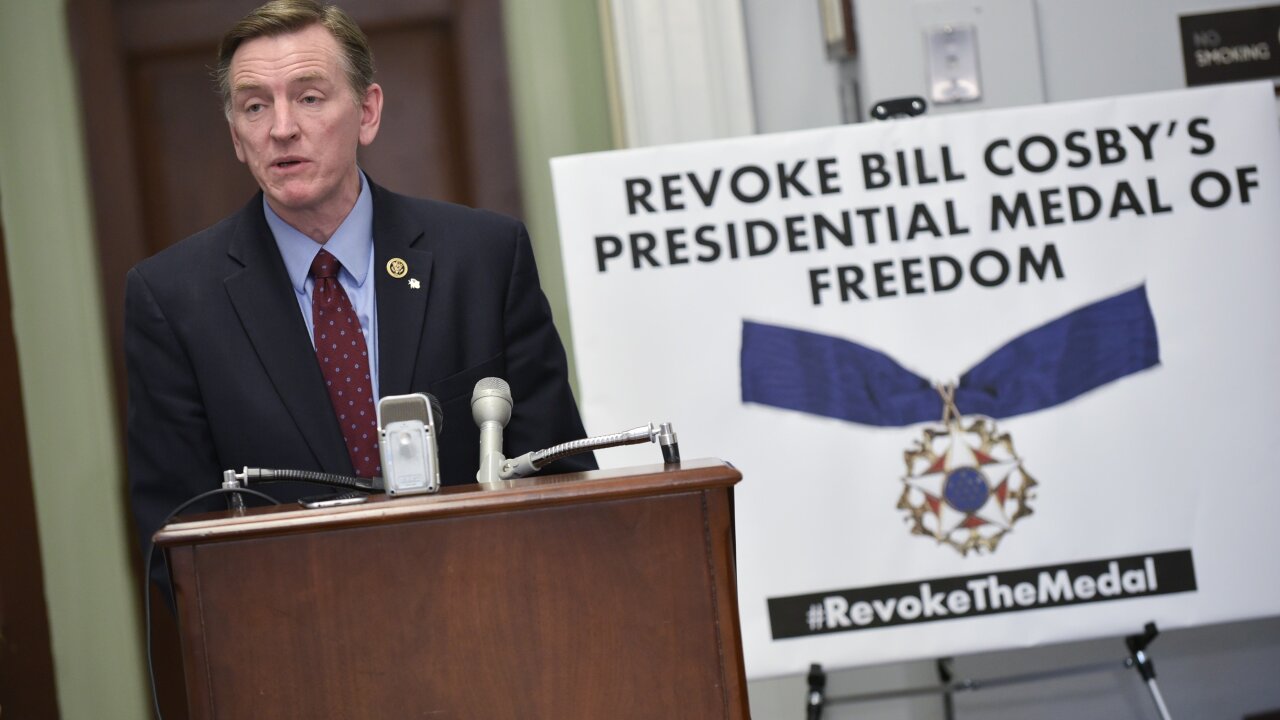 “Paul’s absolutely not working for his district,” David says.

Then comes the big reveal: Gosar is their brother — but they endorse David Brill, the Democrat running against him.

Paul Gosar is the oldest of 10 children.

In response to the ad, Gosar told CNN in a statement Saturday that the siblings featured in the ad are “liberal Democrats who hate President Trump” and slammed Bill for engaging “in this shameful attack.”

“These disgruntled Hillary suppporters (sic) are related by blood to me but like leftists everywhere, they put political ideology before family. Lenin, Mao and Kim Jung (sic) Un would be proud,” Gosar said. “It is unfortunate that my opponent chose to use family political differences to launch attacks on me rather than focusing on the issues.”

He added, “You can’t pick your family. We all have crazy aunts and relatives etc and my family is no different. I hope they find peace in their hearts and let go all the hate. To the six angry Democrat Gosars — see you at Mom and Dad’s house!”

Gosar has a long history of controversial remarks and actions. He promoted the conspiracy theory that the white supremacists’ rally in Charlottesville, Virginia, last year was a plot by the left financed by Democratic megadonor George Soros, who Gosar said “turned in his own people to the Nazis.”

In July, Gosar spoke in London at a rally for an anti-Muslim activist. He is also one of the staunchest opponents of legal rights for undocumented “Dreamers” in Congress.

His district, made up of mostly rural western Arizona, is generally not considered competitive in November: Gosar won by more than 40 percentage points in 2016. President Donald Trump won there by 39 points in 2016, and Mitt Romney carried the district by 36 points in 2012.

But the sharply personal ad is certain to generate attention for Brill’s campaign.

The Phoenix New Times reported that the ad and others were unveiled at a fundraiser in Phoenix on Thursday night — and that in another spot, which is not public yet, Grace Goser says that “it would be difficult to see my brother as anything but a racist.”

It’s just the latest ad to feature a politician’s family member this year.

And the parents of Republican Kevin Nicholson, who was a Senate candidate in Wisconsin before he lost the primary to state Sen. Leah Vukmir, gave the maximum contributions allowable under federal campaign finance law to the Democratic incumbent whom Nicholson hoped to challenge, Sen. Tammy Baldwin.