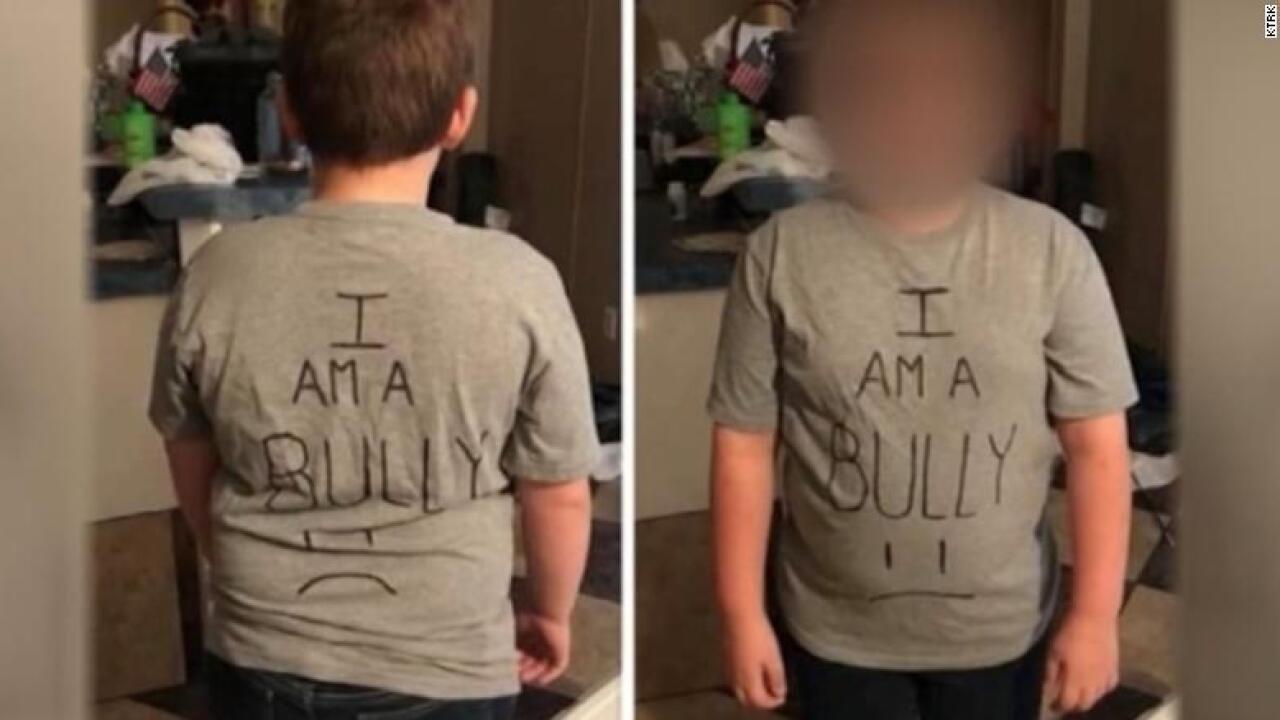 SPLENDORA, Texas - A mother made her son wear a shirt that read “I am a bully” to school after she heard he had been bullying kids.

Star, who only wanted to be referred to by her first name, had him wear the shirt Friday to Greenleaf Elementary, KTRK reported.

"I'm a very old-school parent," she said. "I don't coddle my children. I don't sugar coat the world to them."

The mother said she had heard that her fifth-grade son had been calling other students “stupid” and “idiots.”

She posted images of her son wearing the shirt to Facebook but eventually removed the post after negative feedback.

Star said she spoke with the school about making her son wear the shirt and they supported her decision.

The school released a statement to KTRK that said parents have the right to make such decisions and a counselor checked on the student throughout the day.