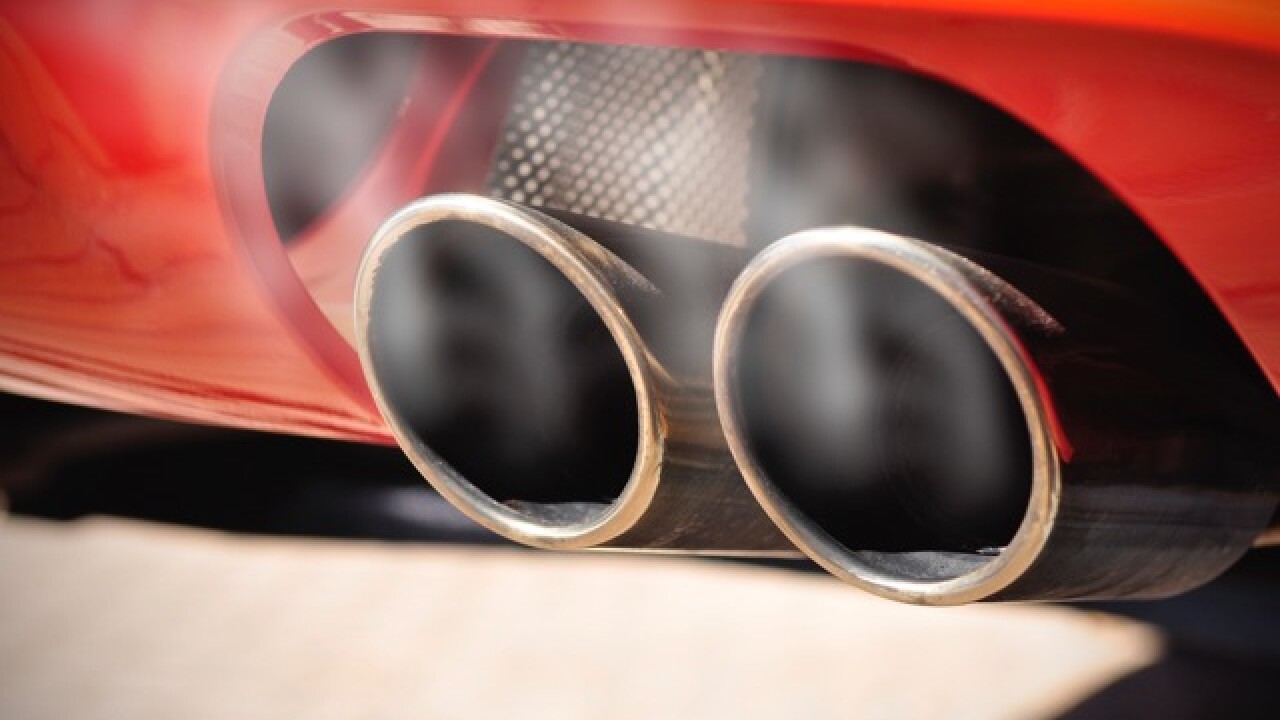 SALT LAKE CITY -- The mayors of 71 cities across Utah have joined with Governor Gary Herbert to nudge people to go "idle-free" to help clean up the air.

"Idle-free," encouraging people to turn off their vehicle's engine when stopped for a long period of time, is a small gesture that can help a lot with the state's notoriously bad air. Tailpipes make up half the pollutants in the state, said Thom Carter of the Utah Clean Air Partnership.

"If you're sitting at a light? You're fine," he told FOX 13. "But if you're in a drive-thru, if you're going to pick up your kids and you're just waiting, that's when to do it."

Rep. Patrice Arent, D-Millcreek, has been working with a bipartisan coalition in the Utah State Legislature to pass air quality legislation. Speaking at Tuesday's event she declared she wanted "to make idling as socially unacceptable as throwing litter out your car window."

Some cities have started to pass ordinances making excessive idling a crime. Salt Lake City passed one in 2012, allowing for three warnings before a fine could be levied (the Utah State Legislature blocked any tougher penalties).

In 2014, when FOX 13 first reported on the issue, 36 warnings were given and no citations. The latest figures provided by the Salt Lake City Mayor's Office found from that since 2012, 62 warnings had been given and eight citations had been issued.

Mayor Jackie Biskupski said it was not so much about enforcement, but education.

"What we want to do is get people, the adults who own these vehicles, just take ownership of what that means and just say, 'I want to be idle-free,'" she said.

Clean air advocates have acknowledged the ordinances don't really have much teeth, but they said heavy education campaigns have pushed people to do the right thing. Carter said it has been effective in school zones, and increased awareness surrounding Utah's nasty winter inversions has helped to convince people to turn off their engine and stop idling.

"One or two behavioral changes, aggregated together with your change and my change, will make those kind of differences," he said.