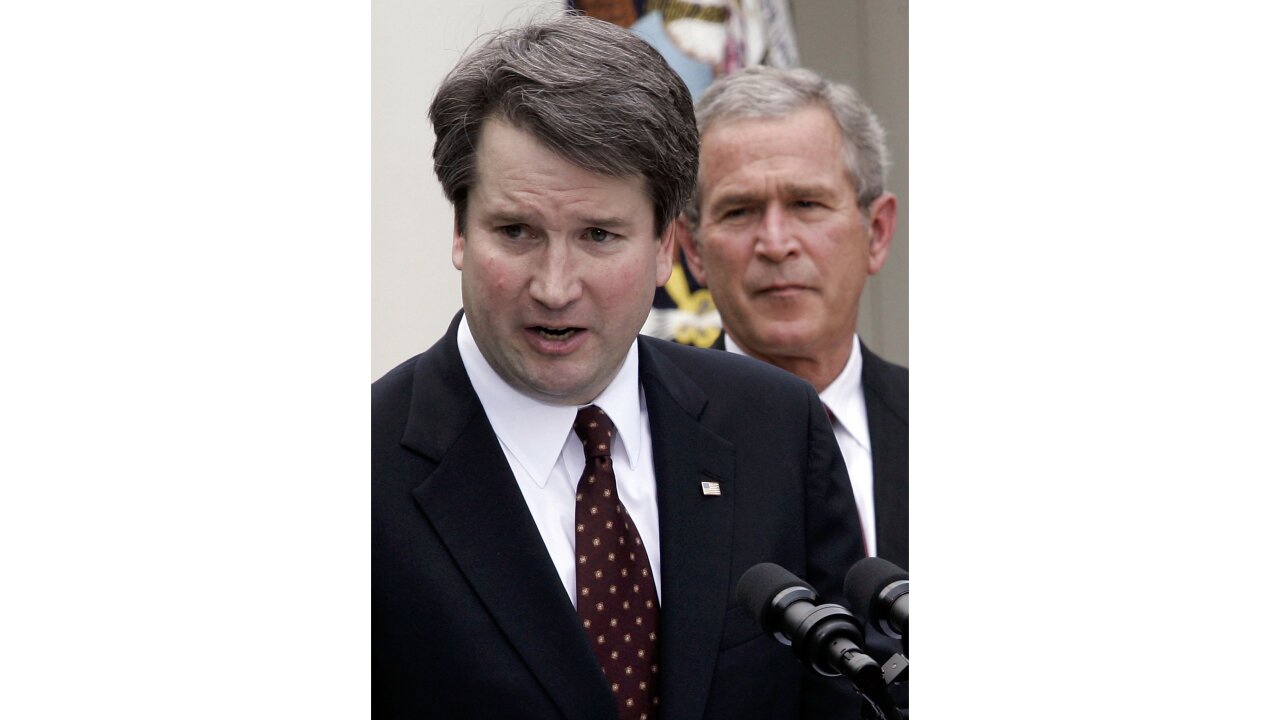 Former President George W. Bush reaffirmed his support for Supreme Court nominee Brett Kavanaugh on Tuesday and said he is “a fine husband, father, and friend.”

“Laura and I have known and respected Brett Kavanaugh for decades, and we stand by our comments the night Judge Kavanaugh was nominated: ‘He is a fine husband, father, and friend — and a man of the highest integrity,'” Bush said in a statement provided to CNN by his spokesperson, Freddy Ford. “He will make a superb Justice of the Supreme Court of the United States.'”

Politico was first to report Tuesday that the former President remains supportive of Kavanaugh.

Kavanaugh faces an allegation of sexual assault by Christine Blasey Ford stemming from when the two were in high school. Ford, who’s now a college professor in California, went public with her allegation in an article published by The Washington Post on Sunday.

She alleges that at a party Kavanaugh pushed her into a bedroom, along with his friend Mark Judge, and attempted to remove her clothes. Ford says Kavanaugh put his hand over her mouth when she tried to scream.

“This is not a man who deserves this,” Trump said Tuesday, adding that the allegations “should’ve been brought up long ago.”

Bush has long supported Kavanaugh as Trump’s Supreme Court nominee, and Trump called Bush the day he named him. “They spoke, and President Bush appreciated the call and congratulated him on the outstanding choice,” Bush’s spokesperson told CNN at the time.