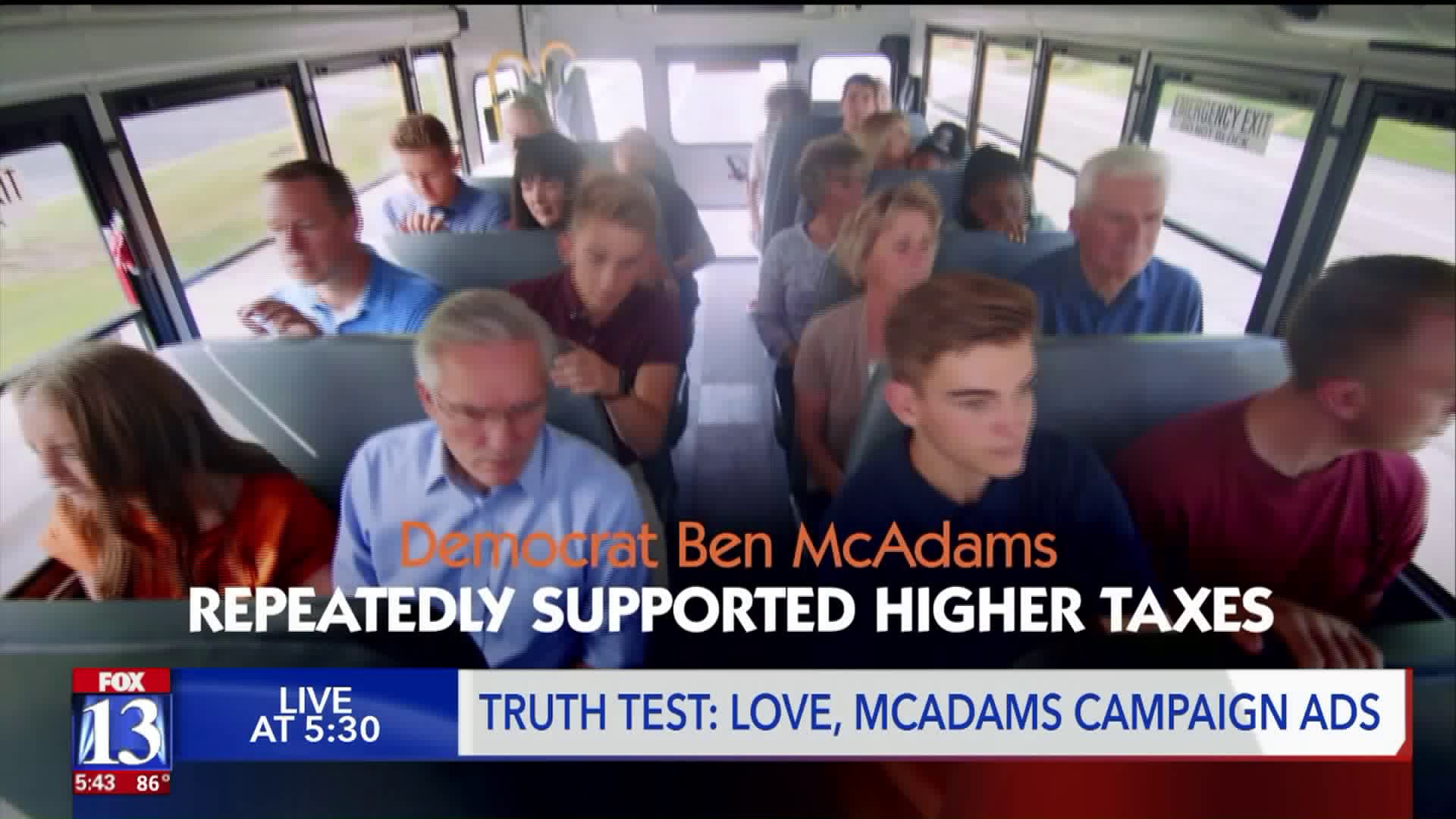 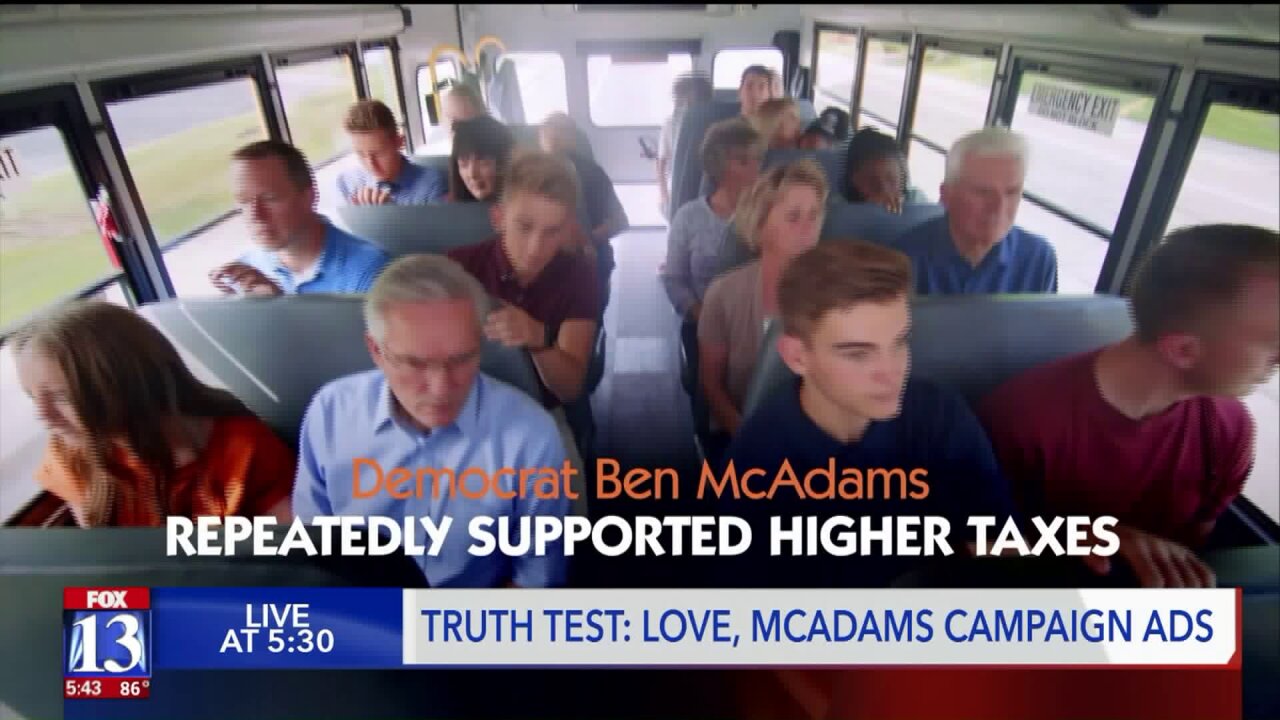 The ad cites six articles from Utah Newspapers and from Fox 13 to back up the point.

So what do those articles say?

In other words, McAdams supported a higher tax in one of the four circumstances above, so "repeatedly" is a stretch.

Love's ad also says, "McAdams opposed tax cuts for most Utahns this year." This is about the GOP tax cuts passed in Nov. of 2017. It's a fact that McAdams opposed the cuts, as is born out in the article from the Daily Utah Chronicle cited in the ad.

It is also true that McAdams employs four executives who are paid at, or close to, the 185 thousand dollars cited in Love's ad. It's a fact. It's also surprisingly more common than you might think. For example, top employees in many of Utah's medium-sized cities make more.

McAdams put out an ad that seems intended to defend against Love's claims on taxes, with Troy Walker, the mayor of Draper, said he lowered the tax rate every year he's been in office. That is also a fact. State Property Tax records show taxes have gone down every year since 2013 when McAdams took office. Of course, that increase in Mayor Corroon's last year helped.