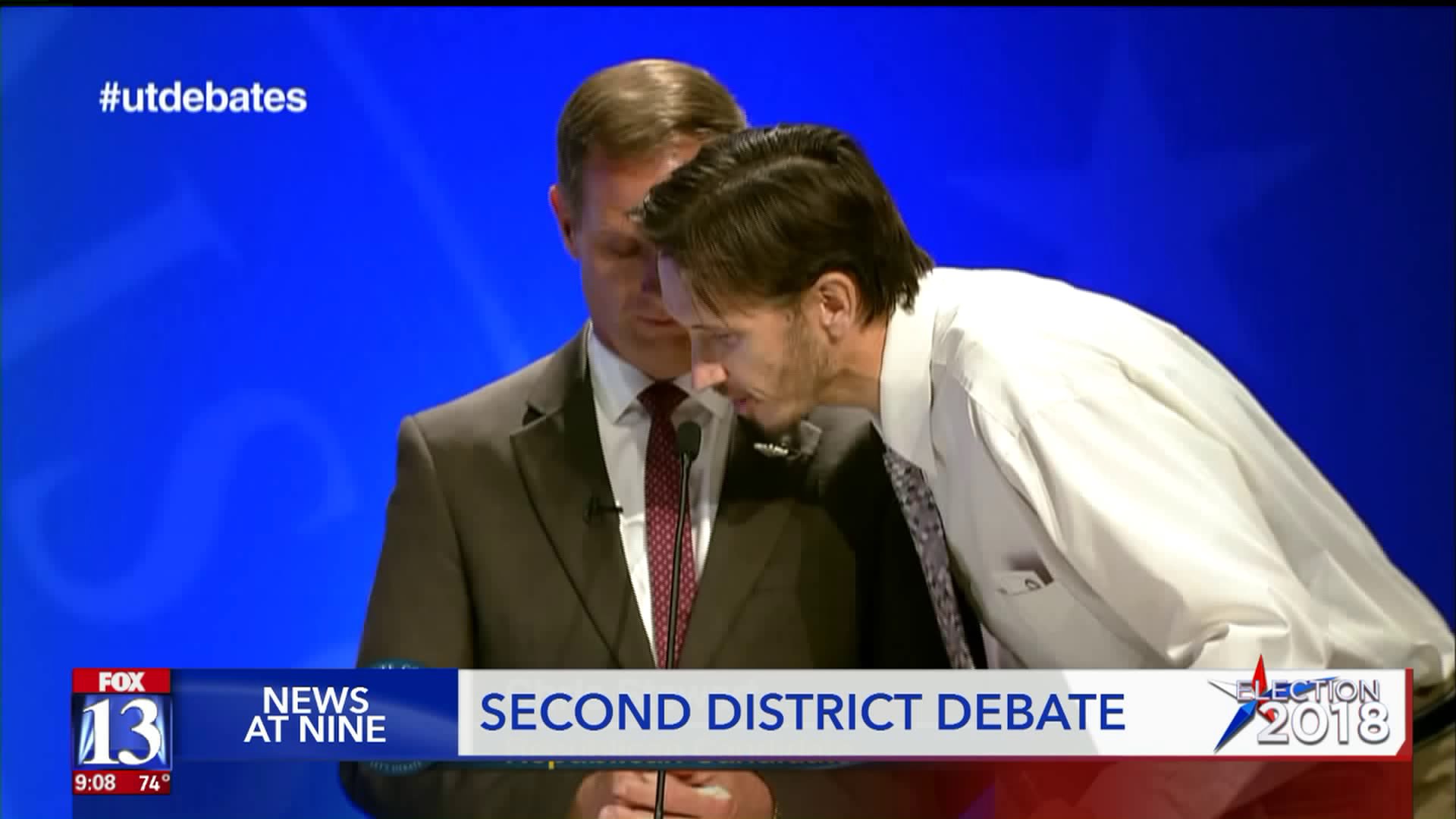 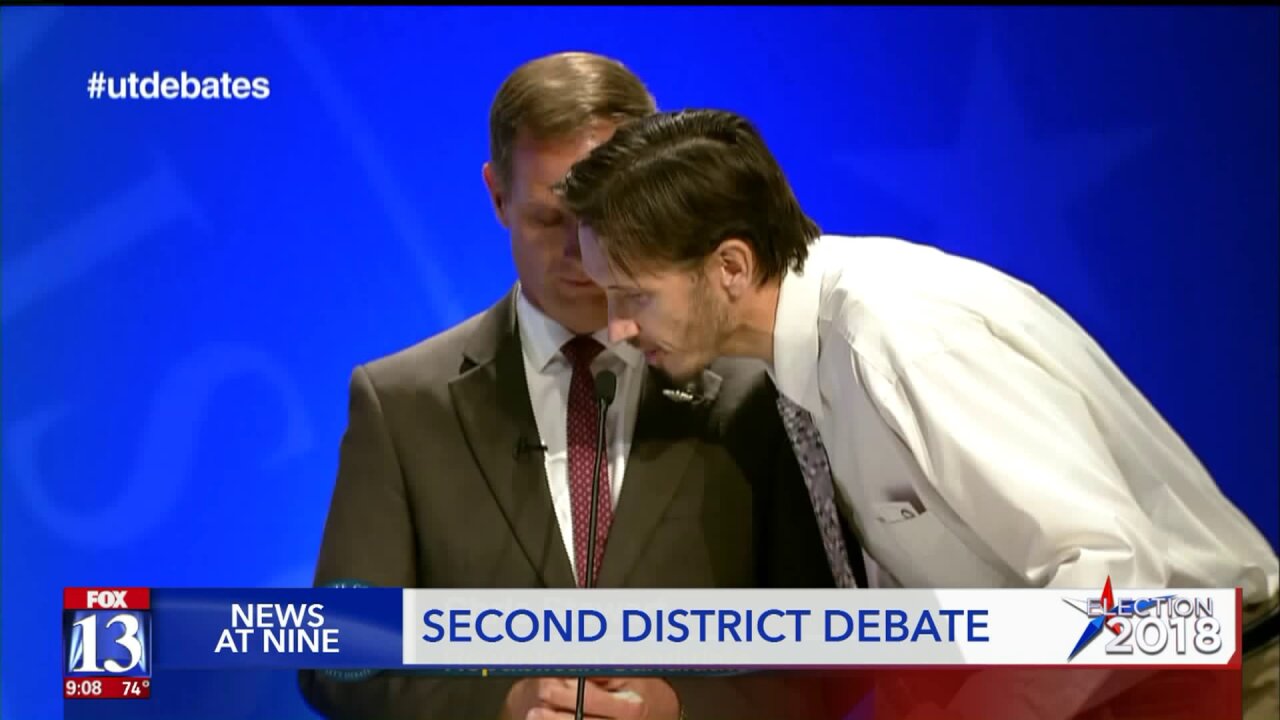 ST. GEORGE, Utah -- As Republican incumbent congressman Chris Stewart was giving his closing statement, a man rushed the stage and grabbed his microphone.

"Vaccines cause autism!" the man shouted into the microphone.

"Autism is caused by vaccines," the man said as he was led off the stage.

The Utah Debate Commission, which stages the debates, confirmed the man was arrested Monday night. A FOX 13 viewer sent video showing a man being placed in handcuffs outside the debate hall. Jail booking records show Corbin McMillen was arrested by Dixie State University police on suspicion of disorderly conduct and disrupting a meeting, both misdemeanor crimes.

"Safety in our venues is our number one priority. Unfortunately, one person crossed the line, was escorted out and arrested by law enforcement authorities that were present. The Utah Debate Commission will review and enhance our security at future debates while simultaneously continuing to encourage participation in the electoral process," the commission said in a statement.

A FOX 13 viewer sent this image showing a man being arrested outside the 2nd Congressional District debate at Dixie State University.

Congressman Stewart told reporters afterward he saw the man out of the corner of his eye, but thought he was a TV technician to work on his microphone for the broadcast. Stewart said he did not fear for his safety.

"What could he do, right?" he said. "I had all these officers around me. They were going to protect me."

It wasn't the only lively event in what can sometimes be dull political debates. Deseret News editor Doug Wilkes, the moderator of Monday night's debate, repeatedly chastised the audience for cheering or booing.

"I'm a first time candidate," Democratic candidate Shireen Ghorbani told reporters of the debate. "It was a wild experience."

Watch video of the incident here:

On the issues, the two spent the better part of an hour offering contrasting opinions on the Lake Powell pipeline, air quality, immigration and healthcare. The congressman said Obamacare isn't affordable.

"Under my plan, a Republican plan, no one could be denied coverage," Stewart told the crowd.

The two found some common ground on deficit spending and tariffs. Stewart said he opposed President Trump's tariffs, then took him to task.

When asked an audience question about what is the biggest threat to national security, Ghorbani suggested President Trump.

"I'm concerned the person in our White House is not leading with the clarity of our American values in the way that we deserve," she said.

"I can assure you, the president is not the greatest threat to national security," he retorted, adding that he believed it was China.

Monday's debate was the only one between Stewart, who is seeking re-election, and Ghorbani. The race in one of Utah's most conservative districts has suddenly become more competitive when a recent UtahPolicy.com poll found Ghorbani had surged to come within 10 points of Stewart.