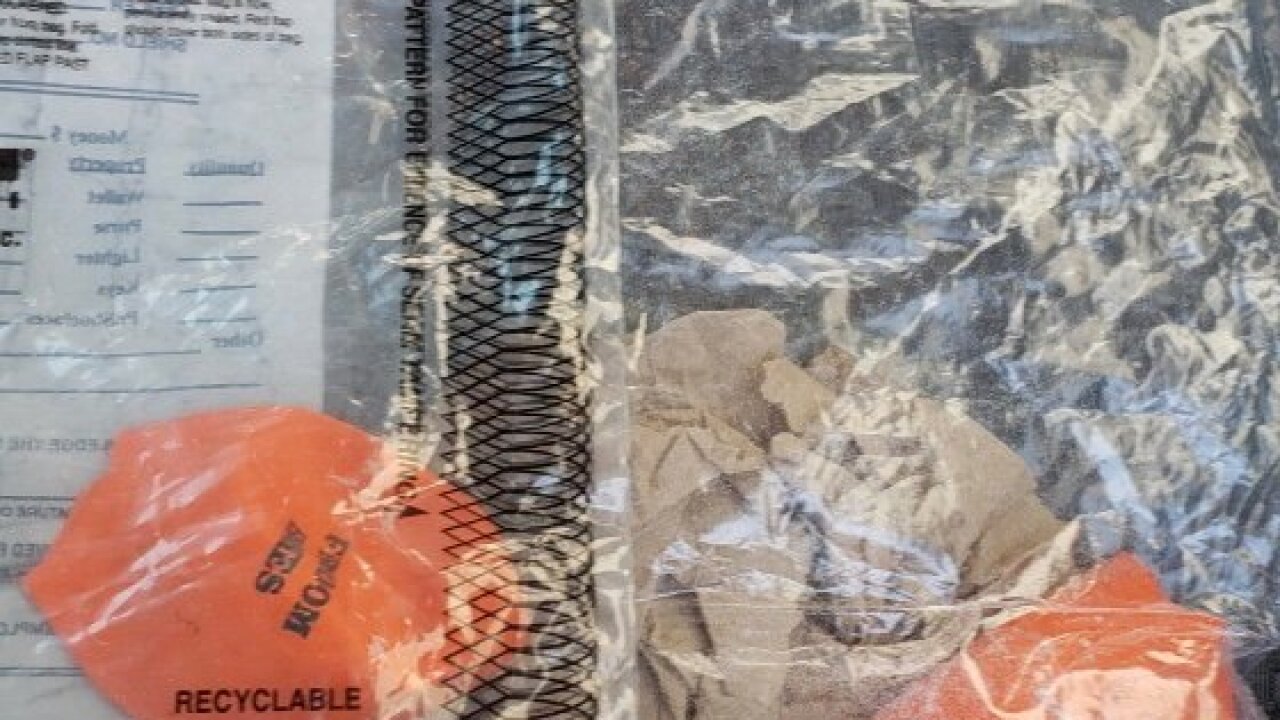 **Embargo: Los Angeles, Calif.** Two balloons found on a middle school campus in Terra Bella that tested positive for cocaine are seen in an image released Sept. 14, 2018 by the Tulare County Sheriff’s Office.

TULARE COUNTY, Calif. (KTLA) — Authorities detained a 13-year-old boy who allegedly brought balloons stuffed with cocaine to his middle school in a small Central Valley town on Friday, resulting in the hospitalization of multiple students.

A pair of students found two balloons, which had popped, while on a playground at Carl F. Smith Middle School in Terra Bella, in an agricultural area about 40 miles north of Bakersfield, the Tulare County Sheriff’s Office said in a news release.

The students noticed a white powdery substance on the inside and outside of the deflated balloons and reported it around 8:40 a.m. to staff, who called authorities.

The deputies who responded performed a presumptive test on the substance, and it tested positive for cocaine, officials said.

Medical personnel responded and evaluated 13 other children who had potentially been exposed to the narcotic. Nearly 300 sixth to eighth grade students attend the school.

The field tests came back negative, but two of the students were taken to the hospital out of an abundance of caution, the Sheriff’s Office said.

The incident alarmed parents at the school, many of whom learned of it through social media, according to the Visalia Times-Delta.

“I’m very concerned for my daughter’s safety at school after today,” one mother, Maricela Madrano, told the newspaper.

A K-9 unit was used to search the campus and was able to identify the area on the playground where the balloons were initially uncovered.

The K-9 also alerted deputies to a 13-year-old boy’s shorts, which wound up testing positive for drugs, investigators said.

That student was detained and is being questioned on suspicion of being the one who brought the narcotics to campus.

Amid the ensuing investigation, detectives turned up the source of the drugs at the boy’s home, authorities said.

Sheriff’s personnel, along with a drone, performed a thorough search of the campus, but no further traces of drugs were found.