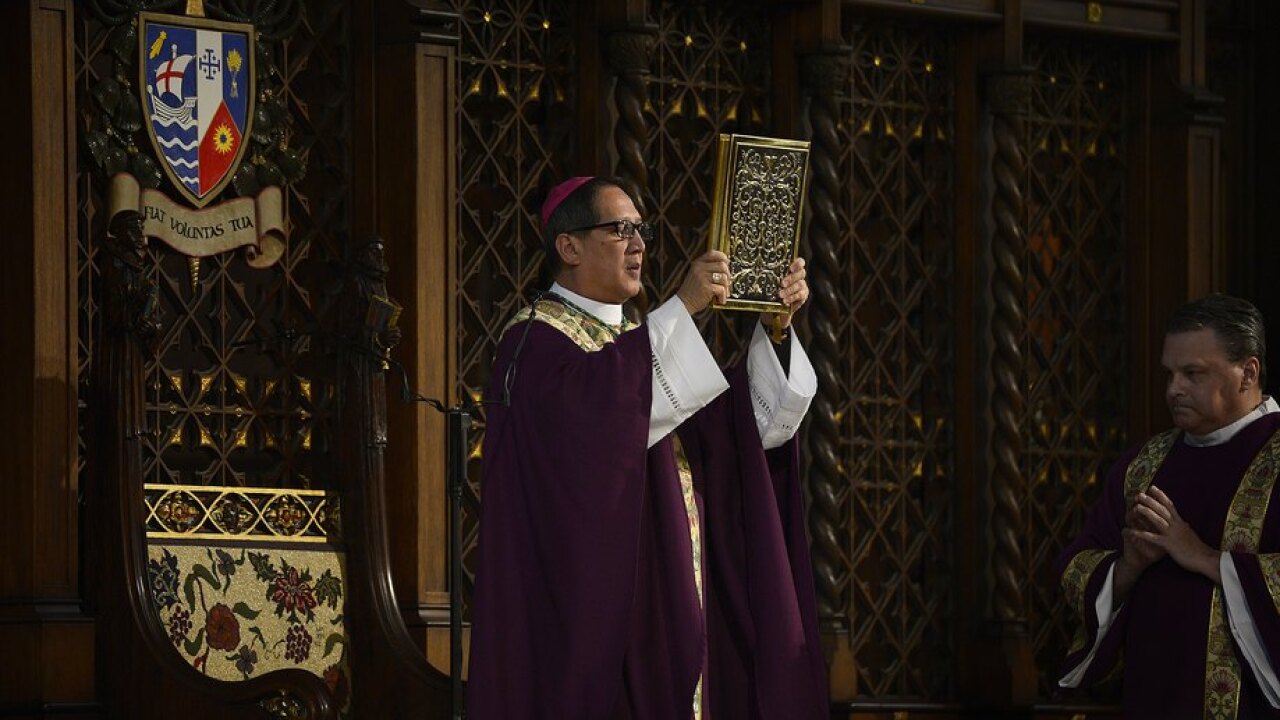 Scott Sommerdorf | The Salt Lake Tribune Catholic Bishop Oscar A. Solis leads Mass on the third Sunday of Lent, Sunday, March 4, 2018. March 7th will mark his first anniversary of his installation as the tenth Bishop of Salt Lake City.

Two of those allegations were received just this year — with one case revealed publicly for the first time Thursday in a letter to Catholics from Bishop Oscar A. Solis.

The letter, called “Report to the People of God of the Diocese of Salt Lake City,” is likely the first time Utah Catholics have received this type of accounting of sex abuse allegations against priests, said diocese spokeswoman Jean Hill.

It also marks the first time the diocese acknowledged outside the parishes where he served that a second priest has been put on leave this year in connection to a sexual abuse allegation.

Click here to read the full story from The Salt Lake Tribune.
40.760779 -111.891047
Copyright 2020 Scripps Media, Inc. All rights reserved. This material may not be published, broadcast, rewritten, or redistributed.