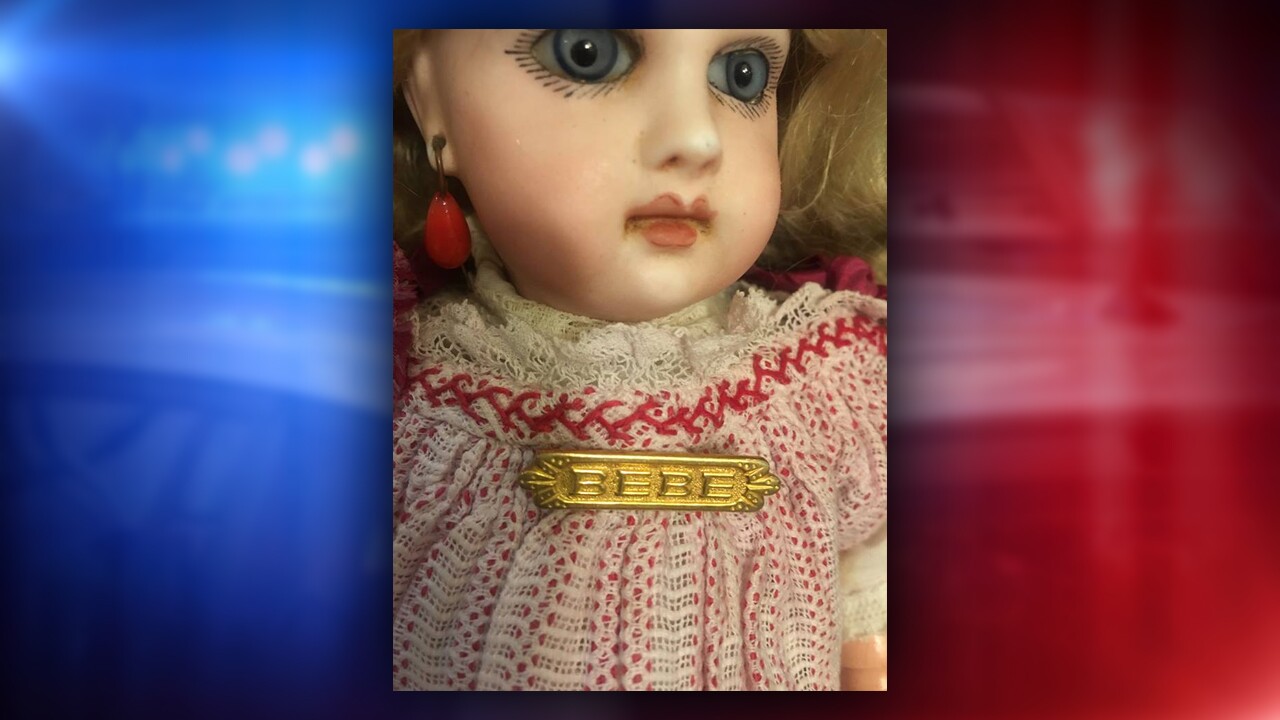 PROVO, Utah — Police in Provo announced Friday that they are seeking to locate an antique doll, that was stolen from a store by someone who was trying to sell other dolls to the business owner.

Officials with the Provo Police Department said in a Facebook post that the doll is from the 1880’s, and is a “Porcelain Bisque Hew” doll with blue glass eyes. The body of the doll is made of paper mache and wood.

“On the lower back of the doll there is a blue stamp marking ‘Jumeau,'” police wrote.

The doll is 11 inches tall and was last seen wearing blue shoes that have a keyhole symbol on the bottom and the number “1” in the keyhole.

“This antique doll was stolen August 31 from an antique shop here in Provo,” the post stated.  “The individuals who stole the doll had other antique dolls they were trying to sell the business owner.”

If you recognize this doll or have seen it since it was stolen,  contact Detective Shade with Provo Police at pshade@provo.org.