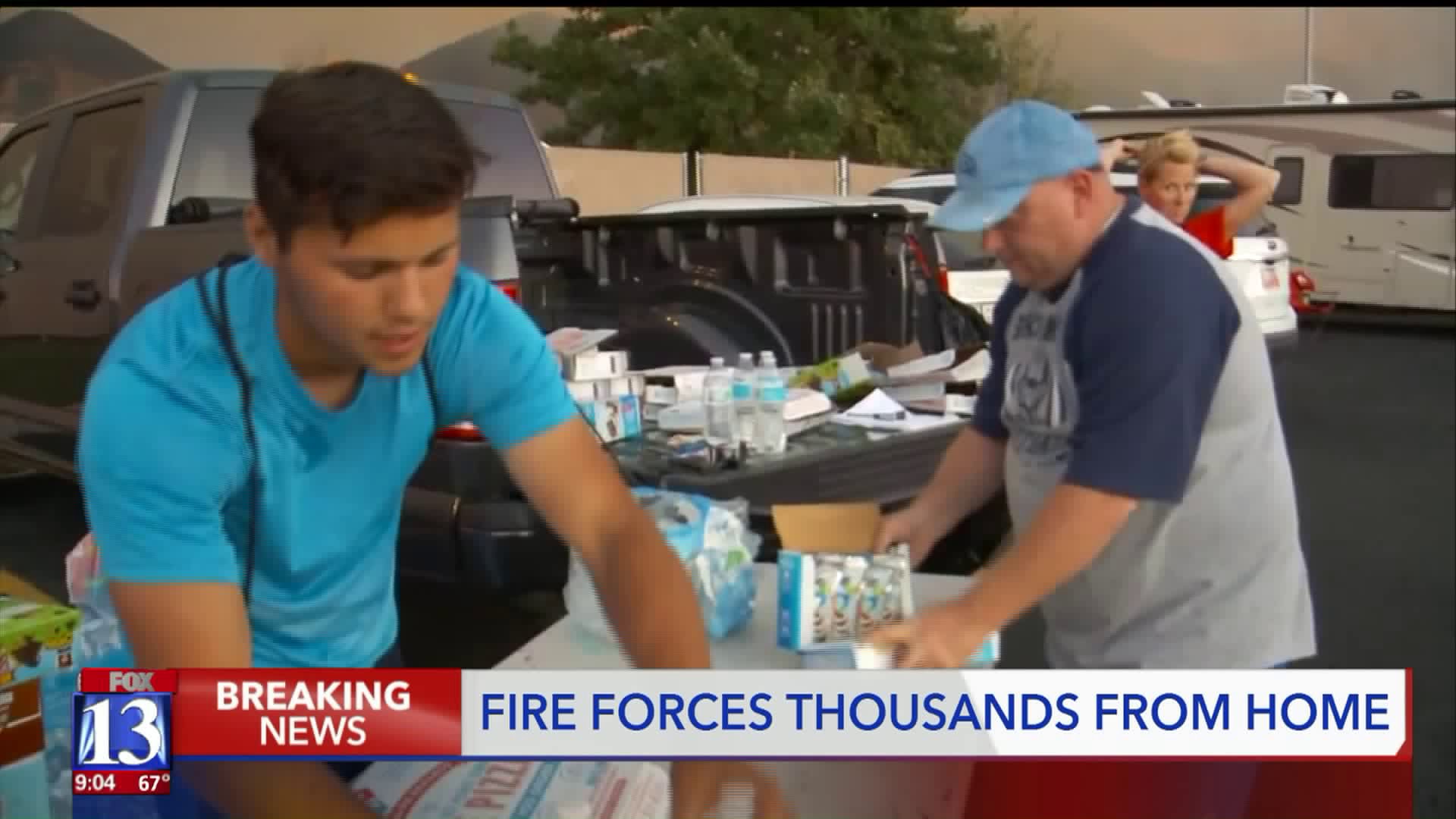 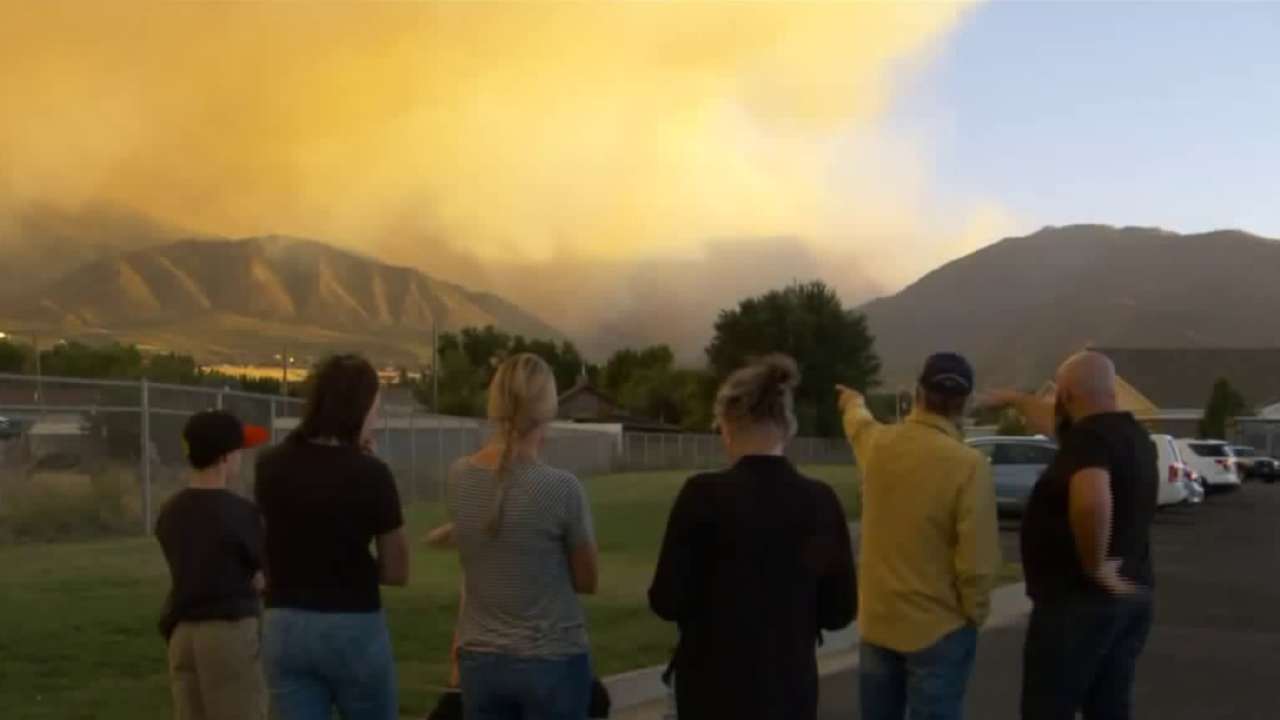 The American Red Cross is stationed at the school providing water, shelter and other resources to displaced families.

Many who came to the school knew the flames were growing and packed their most prized possessions before the evacuation order was given around 6 p.m.

The Moore family has lived in Woodland Hills for about seven years.

The Moore family and many more are waiting the fire out from the parking lot of the school.

“Thinking about, maybe not having something to go home to,” said Woodland Hills resident Ted McCoy as he watched the flames burn the hillside.

McCoy has lived in his home for 25 years. He knows the area is prone to fire danger, but he’s never been forced to evacuate.

With summer coming to a close, he was hoping he escaped the fire season unscathed.

Now, the evacuees wait, knowing that whatever happens is out of their control. Most people are in good spirits, staying strong amid the uncertainty.

“This is a great community and everybody is really warm and friendly,” McCoy said.

As they watch the fire burn out of control, they don’t know what they’ll find when they return home. Their one comfort is knowing that whatever happens, they’ll get through this together.

“We have each other, so that is what counts,” Zuraya Moore said.