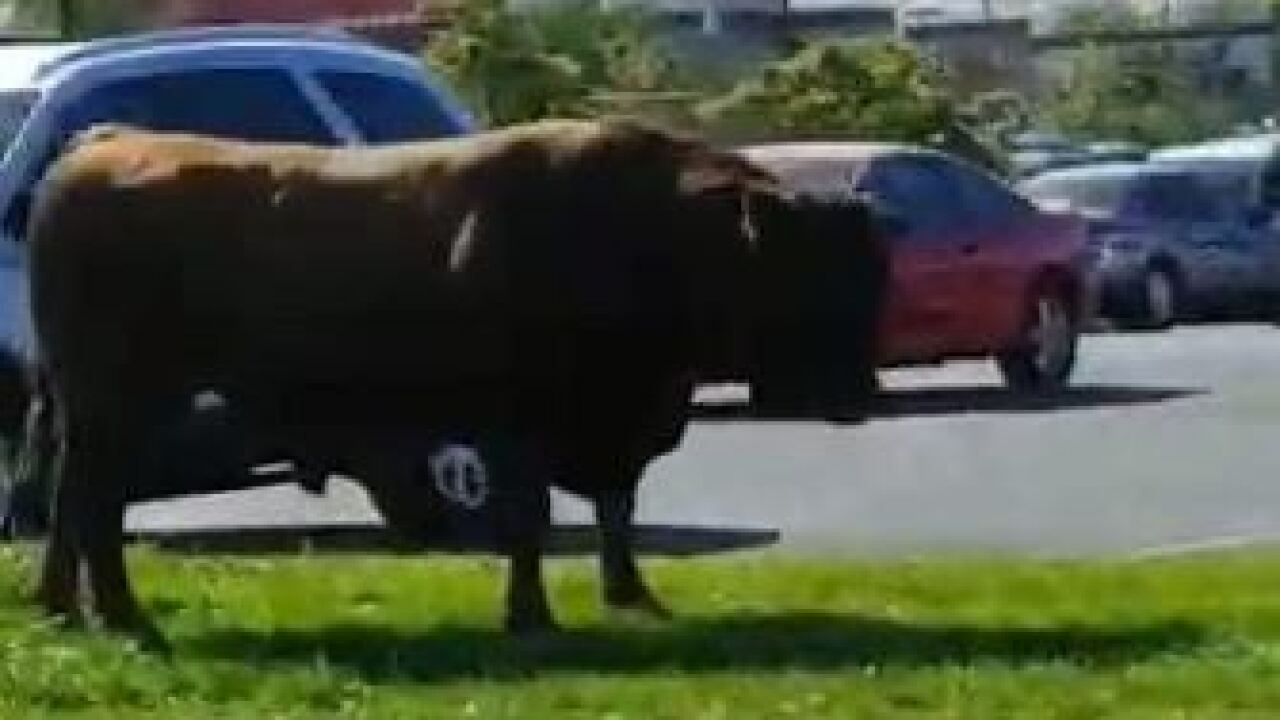 TOOELE, Utah – It was just an ordinary day at the Tooele Veterinary Clinic - that is, until it turned into Tooele’s version of the Running of the Bulls.

Roundy was supposed to perform a quick 45-minute procedure.

“We’d been fighting him...got him all ticked off because he didn’t want to go into where our squeeze chute is,” Roundy said, referring to the area they lead bulls into in order to perform minimal standing procedures.

But this bull must have known what he was in for.

“The bull actually (came) in to become circumcised,” Roundy said. “He must've known. Why else would you jump a six foot fence?”

Imagine, 2,000 pounds of beef flying through the air.

“The perimeter gates were open...he came right at me and just kept going and ended up at Walmart,” Roundy explained.

“We went over to Walmart. I had a tranquilizer gun. By then we had 40-50 people there and all the cops,” Roundy said. “(I) walked within ten yards...shot him with the tranquilizer gun, (and) called the cowboys to bring their horses and come rope this bull."

Despite it's escape act, the bull still underwent the procedure.

According to Roundy, this actually isn’t the first bull to escape from their secured area and chutes, and it probably won’t be the last.

“All bulls are rambunctious,” he said.

Luckily this bull didn’t cause any damage -at least none was reported to police- and no one was hurt.