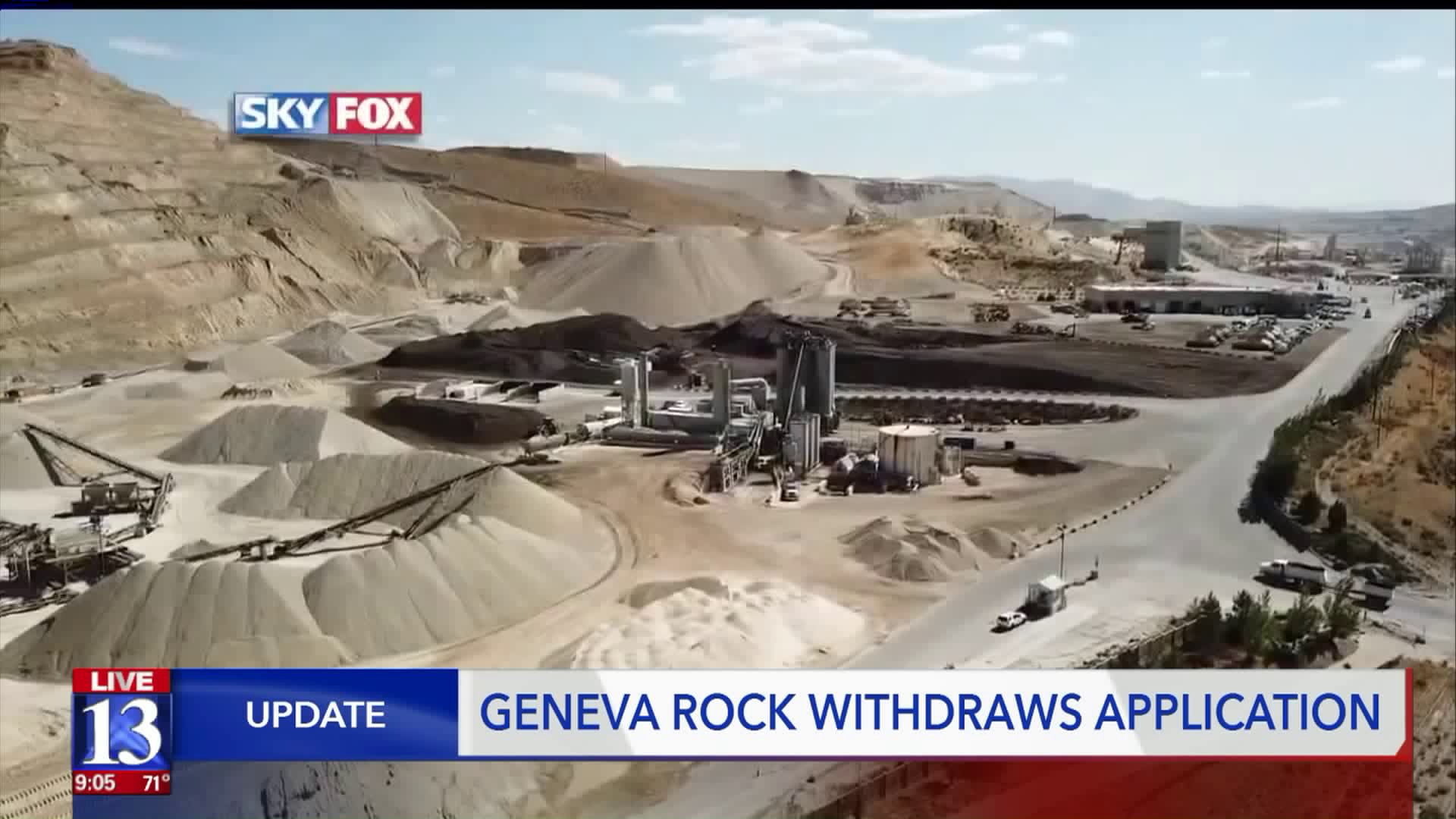 DRAPER — A special meeting of the Draper city council to hear public comment on a rezoning application ended abruptly Wednesday when the original application changed.

Geneva Rock was asking the city council to consider its request to rezone about 72 acres of land at its Point of the Mountain mine. The application also said the company would place 78 acres in a conservation easement.

But when a company spokesperson addressed the council, those numbers changed.

“We do have some revisions we want to explain today,” Geneva Rock spokesperson Dave Kallas said to the council.

Kallas displayed a map, showing the company was requesting about 18.5 acres to be rezoned.

Draper Mayor Troy Walker abruptly interrupted and called a recess because of the significant amendment.

When the meeting came back in session, Geneva Rock was informed the council would only hear arguments about the company’s original request and it would have to file a completely new application if Geneva Rock wished to continue with the revisions.

Geneva Rock decided to start from the beginning and the meeting ended before any members of the public could have their comments heard.

Many of the Draper residents who crammed inside the city council chamber came to voice their concerns about the impact the increased mining would have on air pollution. They were upset the issue wasn’t finally decided.

“They knew a lot of people are against it and outraged so I think this was planned,” said Draper resident Kelle Land.

Some members of the city council were unhappy they were given no warning of the revisions.

“It does waste the residents’ time. It wastes my time. We do a lot of studying and planning to be properly informed, so it’s frustrating,” said council member Michele Weeks.

One of her biggest concerns was the new proposal doesn’t include any plans for a conservation easement.

Another public comment session could come months after the company files its new application. Residents who are concerned about how the mining will impact air quality vow to come back and keep fighting.

“We will make a bigger effort next time and we will be here next time,” said Draper resident Adrian Dybwad.

FOX13 reached out to Geneva Rock for a comment and did not hear back.