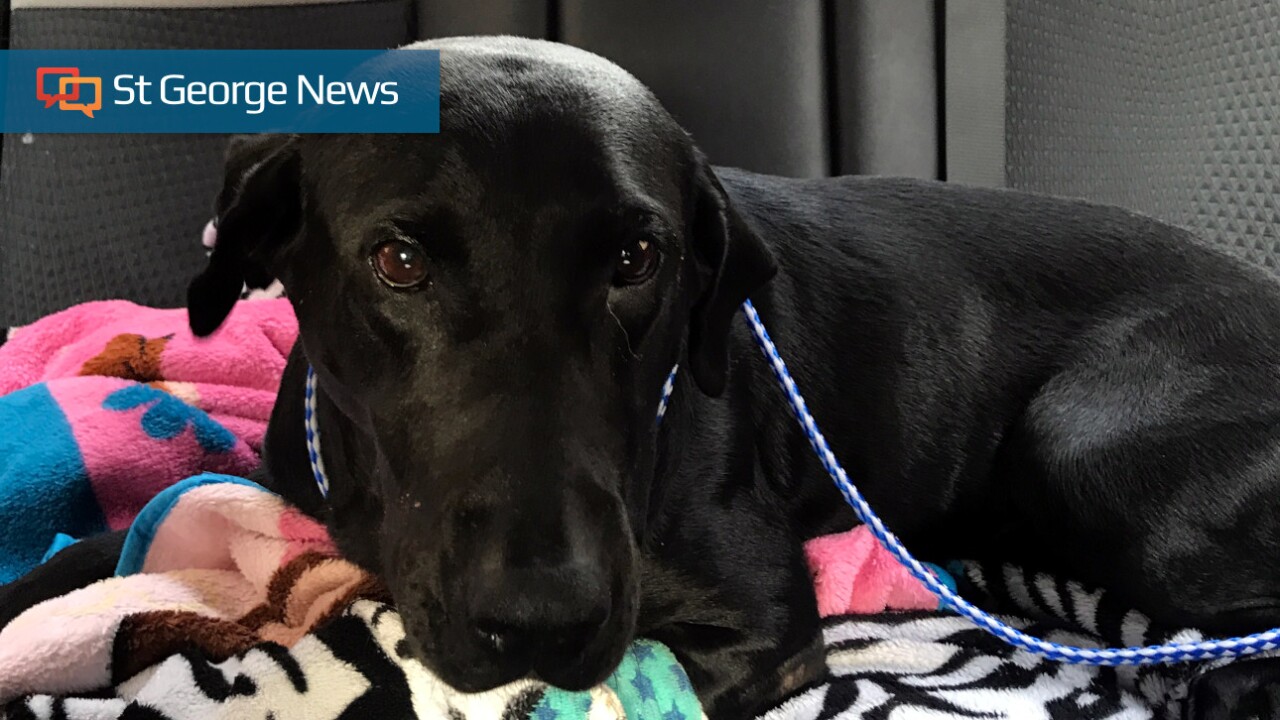 A dog rests after being found with a gunshot wound in Washington County, Utah, Sept. 2, 2018 | Photo courtesy of Liana Cooper, St. George News

WASHINGTON COUNTY, Utah — A dog has been reunited with its owner after it was found dozens of miles away from home in Washington County with a gunshot wound to its face, the St. George News reported. Police say they are taking the case seriously and investigating it as a possible instance of animal cruelty.

The young female black Labrador was found bleeding on the side of the road in Pintura Sept. 2 and was brought to Southwest Animal Emergency clinic in St. George for treatment.

The dog suffered a fractured jaw as a result of being shot with what appears to have been a .22-caliber rifle. An employee at the clinic, Liana Cooper, secured a surgical operation to remove bone and bullet fragments from the dog’s jaw. She also went about looking for the dog’s owner by knocking on doors and sharing photos on social media.

Cooper said a previous St. George News article about the dog helped reunite her with her owner. The owner’s sister saw the story shared on Facebook and quickly recognized the Lab as her brother’s lost dog.