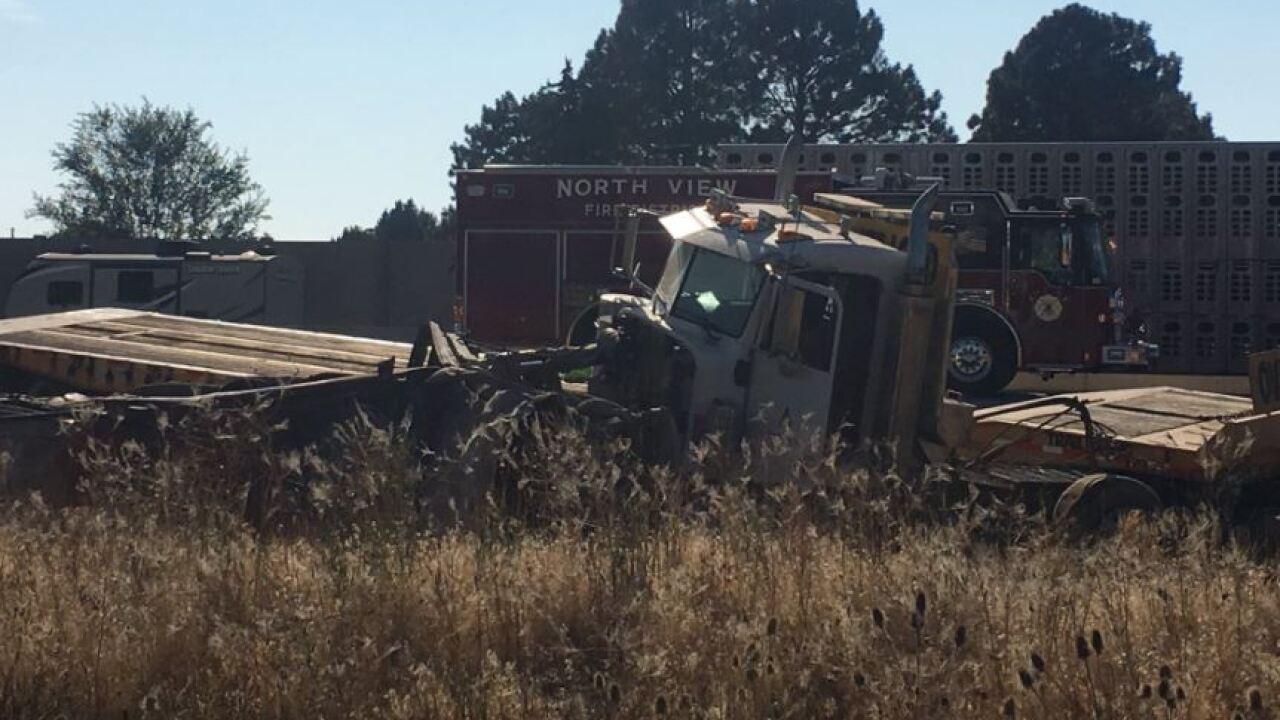 Investigators believe a distracted driver didn’t notice traffic was slowing down near an exit.  The driver swerved and hit a flatbed semi that jack knifed.  Eight vehicles were caught up in the wreck.

An SUV with a mom and four children inside was hit and rolled down an embankment. Sergeant Nick Street said the mom had all four of her children strapped in, "like a mother should."

The driver of another truck that was hit suffered some cuts on his face.  He described the impact.

“It happened so fast,” said Tanner Chavez.  “I got spun around and just seen the diesel sliding into the ditch.  It was almost like slow motion.”

Despite having blood dripping down his face, Chavez realized others were more seriously hurt, including the children in the SUV.

“My first thought was, 'oh my God, there’s people in there,'” Chavez said.  “I jumped the fence and I heard kids screaming.”

Chavez smelled the odor of gasoline leaking from the semi, so he tried to act fast to get the children in case the fuel ignited.

“I jumped up on the car and pulled a little girl out.  She was crying,” Chavez said.

He then helped a boy who couldn’t remove his seat belt.

“Some guy brought me a knife so I cut him out, got him out of the car,” Chavez said.

In all, he says he rescued three children.  UHP is thankful Chavez and other stepped up to help.

The woman who was driving the SUV suffered critical injuries but is expected to make a full recovery.  A second driver who was ejected from another car, Ogden resident Casey Davenport, died after suffering critical injuries.

The six other people who were injured, including the four children, are all expected to recover.