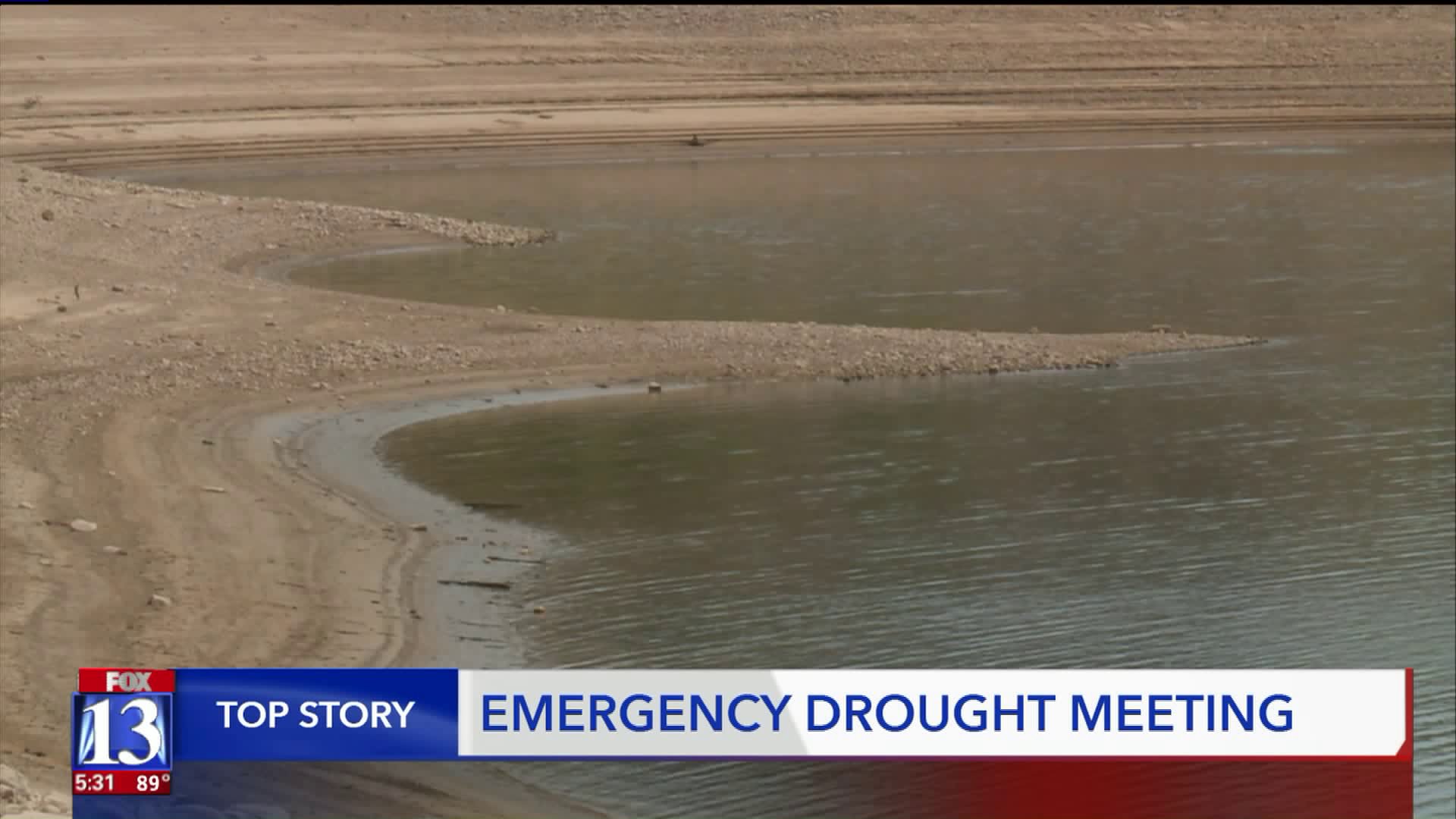 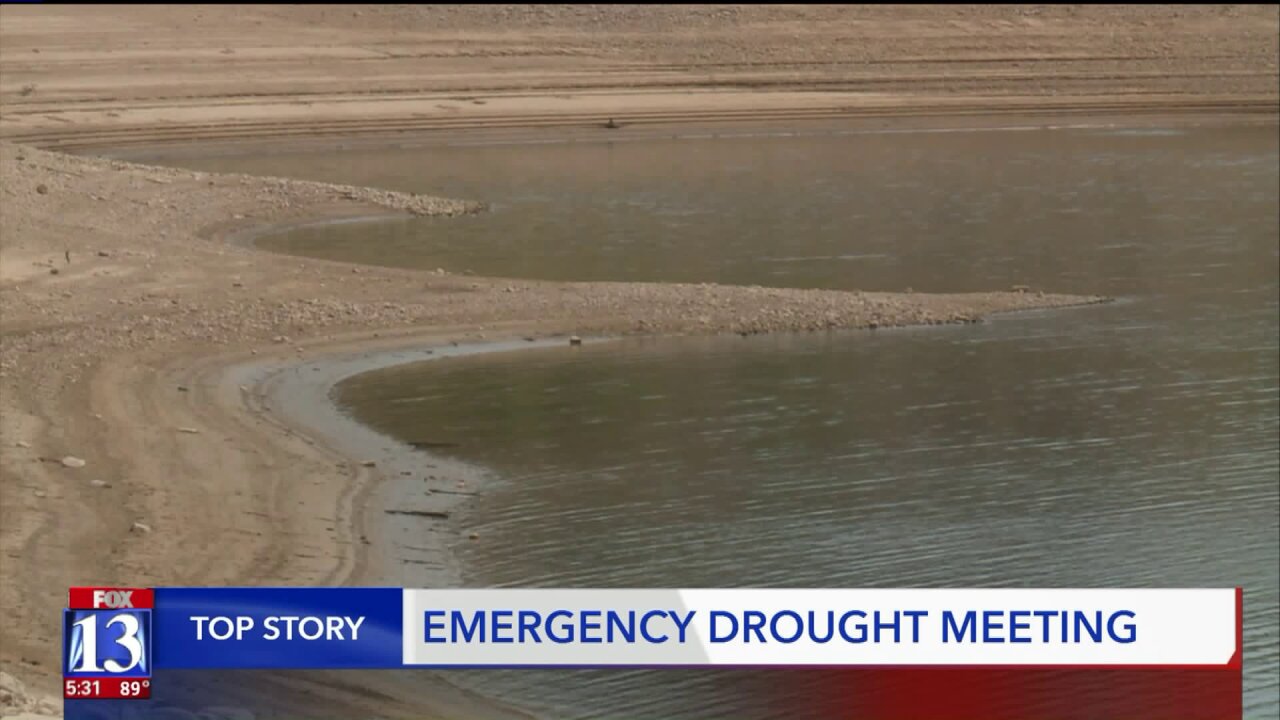 With extreme drought conditions across the state, reservoir levels are low, and many communities are already running out of water.

This is the first time in 10 years that state leaders have convened at an emergency meeting.

“We’ve been watching those indicators, and they’re just getting worse,” said Mike Styler, director of the Department of Natural Resources.

“This is a very serious situation. We all know that we’ve been in a long hot summer,” said Styler.

“Last year when we finished up 2017 water year heading into 2018, we were about 90 percent full and now we’re somewhere maybe 63 percent,” said Brian McInerney, Hydrologist with the National Weather Service.

“We need to have a more progressive weather pattern starting anywhere from anytime soon but unfortunately that doesn’t seem to be the case.”

“People are having to haul water where they’ve never hauled before,” said Adams.

Battling wildfires have been challenging as well. The Utah Division of Forestry, Fire and State Lands says 12 fires this season have cost $1 million to fight because of dry conditions. Fuels aren’t responding to water suppression.

“With the fires that we’ve had, we’re outputting millions of dollars of seed on those burned areas so they’ll become healthy watersheds,” said Styler.

With a snapshot of what the state is facing, it’s now up to policymakers to make the next move.

“Now the question is where do we go from here? And what kind of weather are we gonna see for this winter,” said McInerney. “Hopefully it will be a big winter but there’s no guarantee.”

Water managers say they can’t solve the problem on their own. It’s up to all of us to take action, conserve water. For information on how you can help do your part and conserve water, click here.