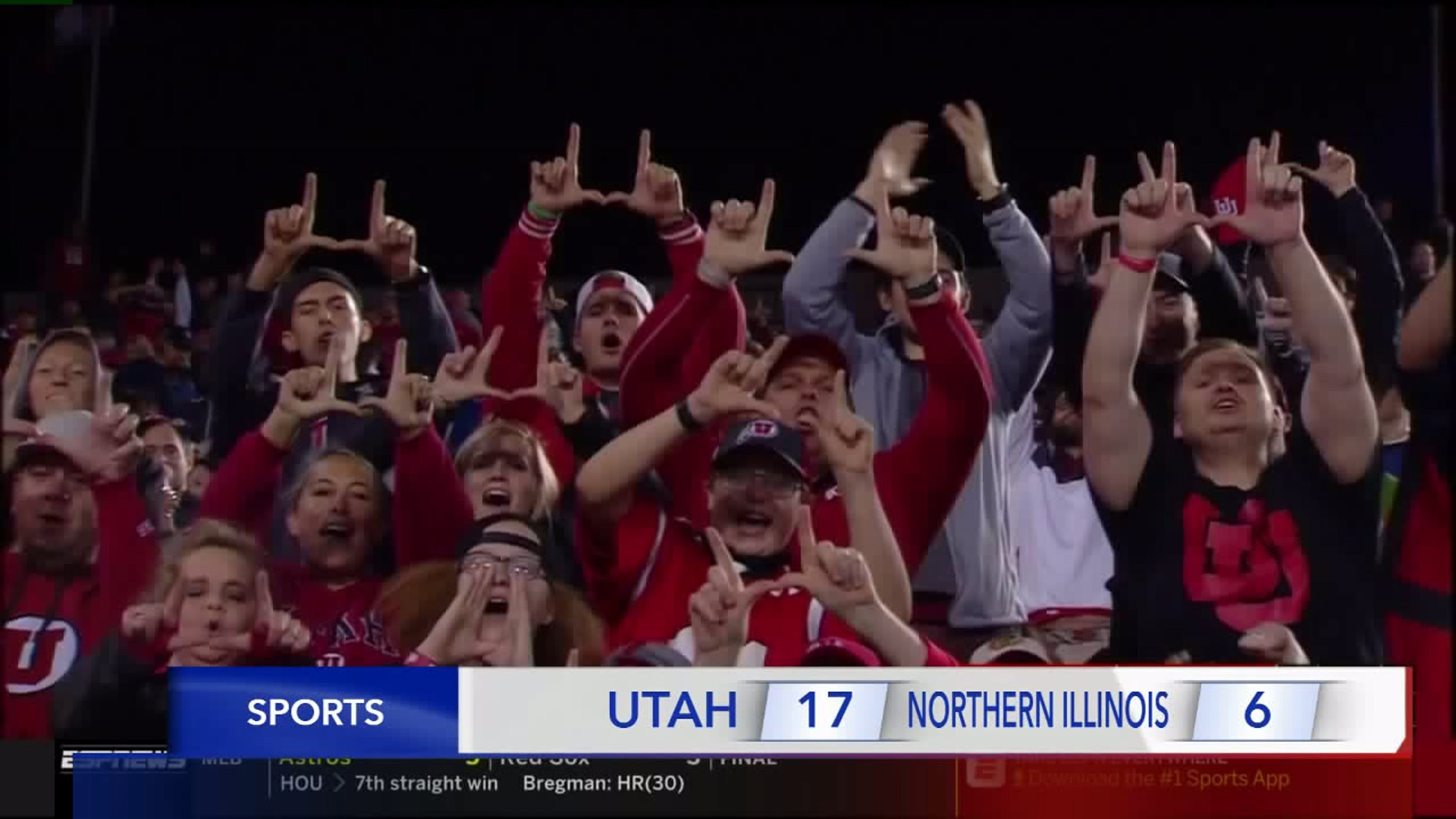 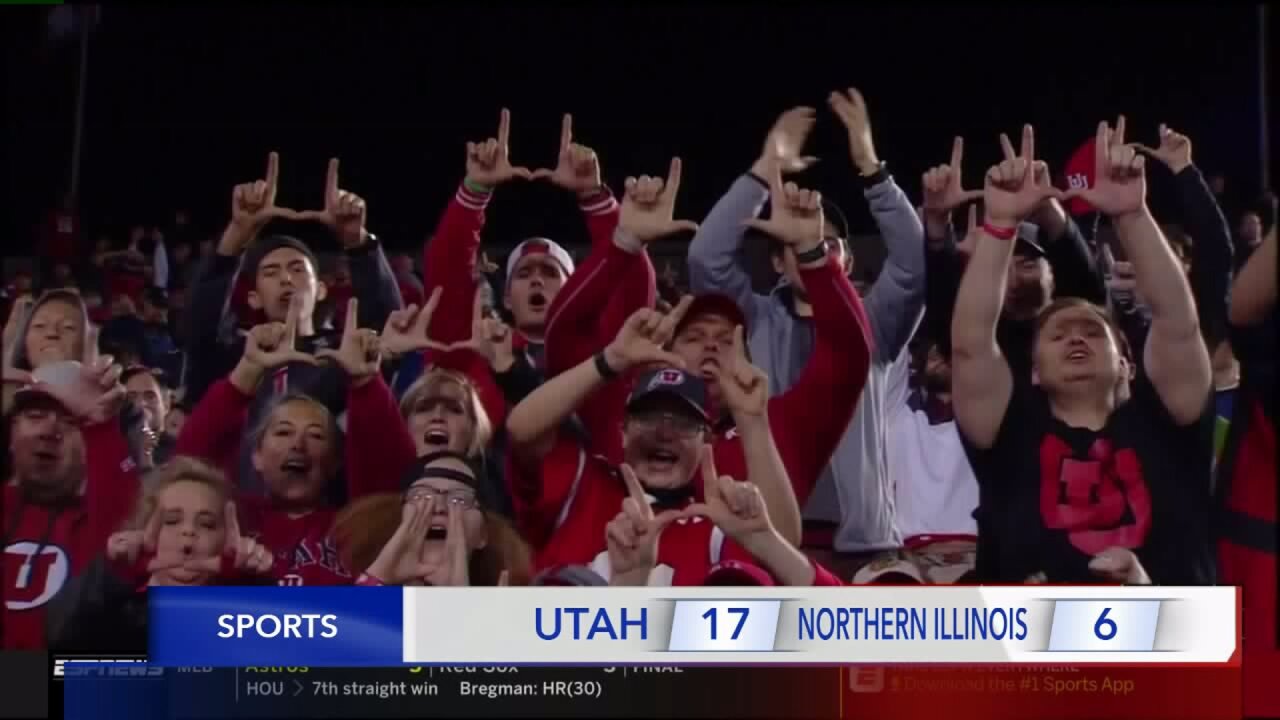 (KSTU) -- Northern Illinois gave Utah’s offense just about everything it could handle Saturday night, holding Tyler Huntley’s group to only one touchdown on the road. Zach Moss’ short third-quarter touchdown run, and a lone field goal by Matt Gay, may not have been enough to get the win, had the defense not come to the rescue.

With just under three minutes left in the game, the Huskies were marching down four when Marcus Childers was picked by Chase Hansen. The converted linebacker returned the interception 40 yards, a score that sealed the 17-6 win for the Utes.

"We're a pretty average football team right now," said Utah coach Kyle Whittingham. "We didn't get much going offensively tonight, and it was disappointing. We usually dominate special teams, but we were very average, had a field goal blocked and turned the ball over on a punt return. But thank goodness for the defense. The defense played exceptionally well."

Huntley finished 20 of 31 passing for 286 yards, but couldn’t generate any points in the first half. Last season’s Lou Groza award winner, Matt Gay even failed to split the uprights on two attempts as Utah trailed 3-0 at the midway point.

Moss’ one-yard touchdown run out of the locker room put the Utes up for good at 7-3, but the junior also fumbled the football in the fourth, which led to a 27-yard Andrew Gantz field goal that cut the lead down to 7-6. Britain Covey led the Utes in the receiving department but was far from impressed by the overall effort.

"We know we have a lot of stuff that we need to fix," said Covey, who had eight catches for 129 yards. "We've got to get better, that's for sure. Credit to the defense of NIU, they've got a really good team."

The Utes continue their nonconference dominance since joining the Pac-12. They improve to 28-1 in non-Pac-12 play since 2011, but will now turn their attention to a tough conference opponent with 9th ranked Washington coming to Rice-Eccles Stadium next weekend