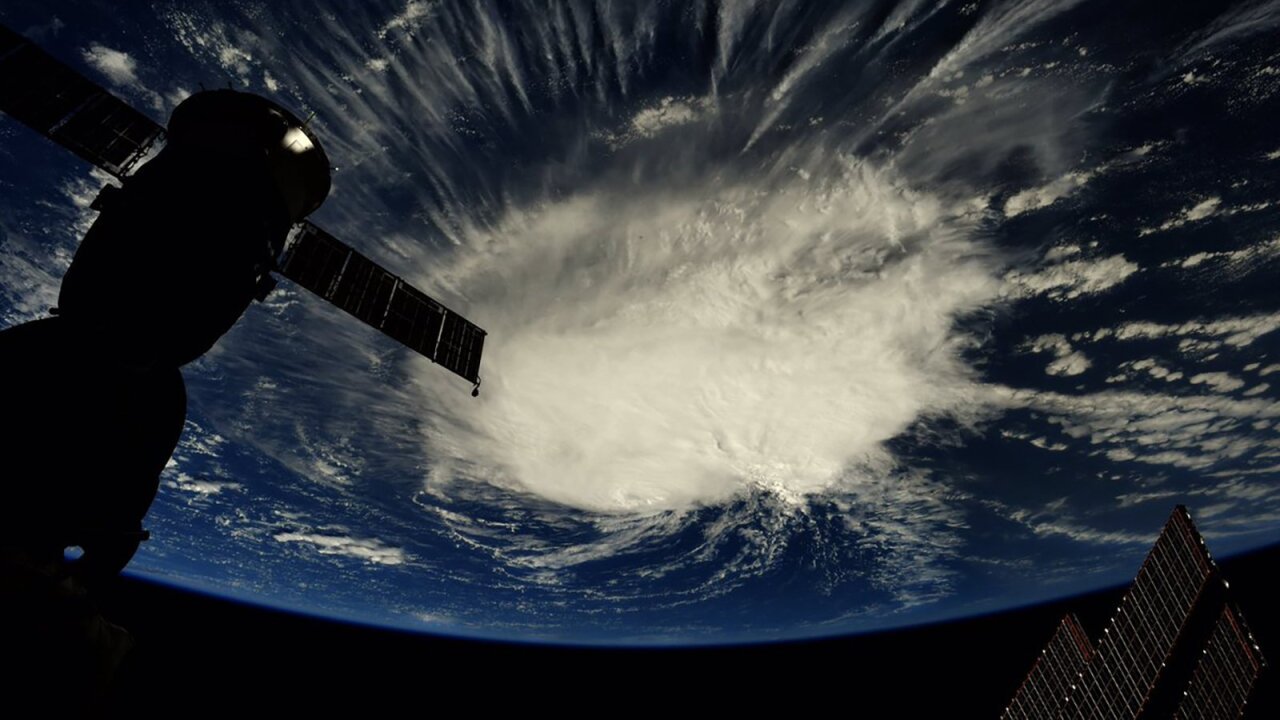 Florence appears over the open Atlantic in an image from the International Space Station.

(CNN) — More and more, Florence is looking like a storm that may give the US East Coast problems as a potentially major hurricane next week.

Tropical Storm Florence, currently in the Atlantic about 1,500 miles from the coast and 800 miles from Bermuda, is expected to strengthen into a hurricane by Sunday and continue gaining power for days.

And computer models increasingly are showing it could be dangerously close to the United States late Thursday. The window for the storm to miss the US coast and turn harmlessly back to sea is closing, CNN forecasters said.

“It looks like now that (computer model) consensus really kind of puts it between Georgia and North Carolina,” though other states along the coast should watch as well, CNN meteorologist Allison Chinchar said Saturday afternoon.

“If you live anywhere along the East Coast, you want to be paying attention, because even if you (aren’t at) the main landfall point, you’re still likely to have impacts,” including heavy rain and rip currents, she said.

Virginia and North Carolina and South Carolina already are on alert. Their governors declared states of emergency Friday and Saturday.

“While the impacts of Tropical Storm Florence to Virginia are still uncertain, forecasts increasingly expect the storm to strengthen into a major hurricane that could seriously affect the East Coast and Virginians,” Virginia Gov. Ralph Northam said Saturday in a news release.

“We are preparing for the worst, and of course hoping for the best,” South Carolina Gov. Henry McMaster said, adding his declaration would allow state agencies to deploy assets quickly to the coast.

Cooper also urged people to learn what evacuation routes to take, and put fuel in their vehicles in case they’re ordered to leave.

“Action today can avoid losses due to Florence,” he said.

The Navy said Saturday that it may be necessary to send ships in the Norfolk, Virginia, area out to sea because of the coming storm. The Navy put them on Sortie Condition Bravo, which means the onset of destructive weather is within 48 hours.

In a news release, the Navy said the ships can handle destructive weather better while at sea and that “having the ships underway also makes them ready and available to respond to any national tasking, including any needed disaster response efforts in the local area after the storm has passed.”

Why Florence is expected to strengthen

Florence already had been the first major hurricane of the 2018 Atlantic season earlier this week, but wind shear weakened it to a tropical storm.

But the shear is abating and the storm is approaching warmer waters — conditions that could allow Florence to become a hurricane again by Sunday and a major hurricane — meaning a Category 3 storm or greater — by Tuesday, the National Hurricane Center said.

Florence’s first impact to Bermuda and the US East Coast could start this weekend with large swells, potentially causing dangerous surf conditions and rip currents.

Behind Florence are two other storms that the National Hurricane Center is monitoring.

Behind Isaac is Tropical Storm Helene, which is expected to pass close to the Cabo Verde Islands off West Africa on Saturday night and become a hurricane Sunday, the National Hurricane Center said.

The three tropical systems — Florence, Isaac and Helene — come right before the Atlantic hurricane season hits its peak Monday. The eight weeks around that date often are prime time for the conditions that fuel powerful storms.