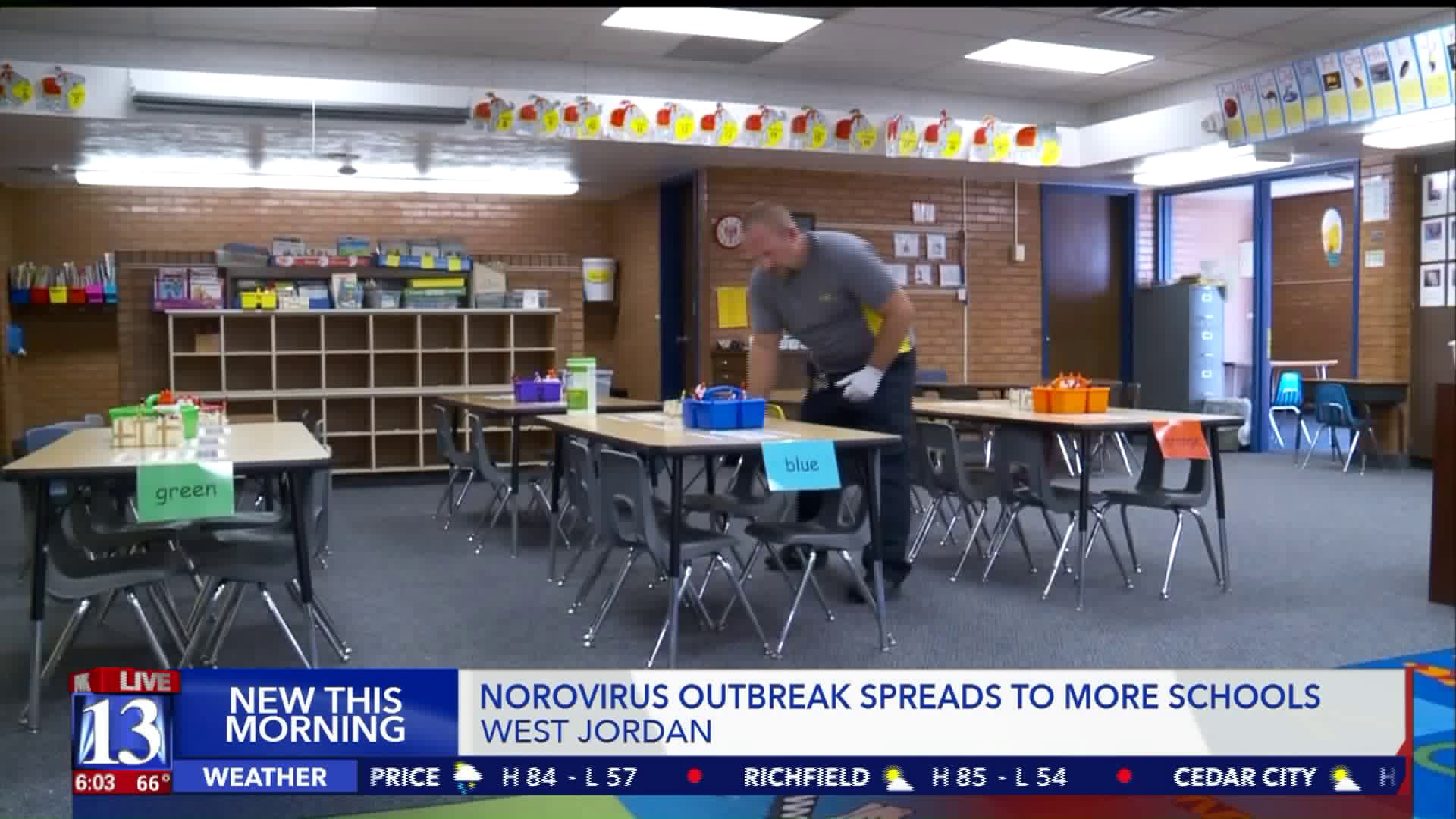 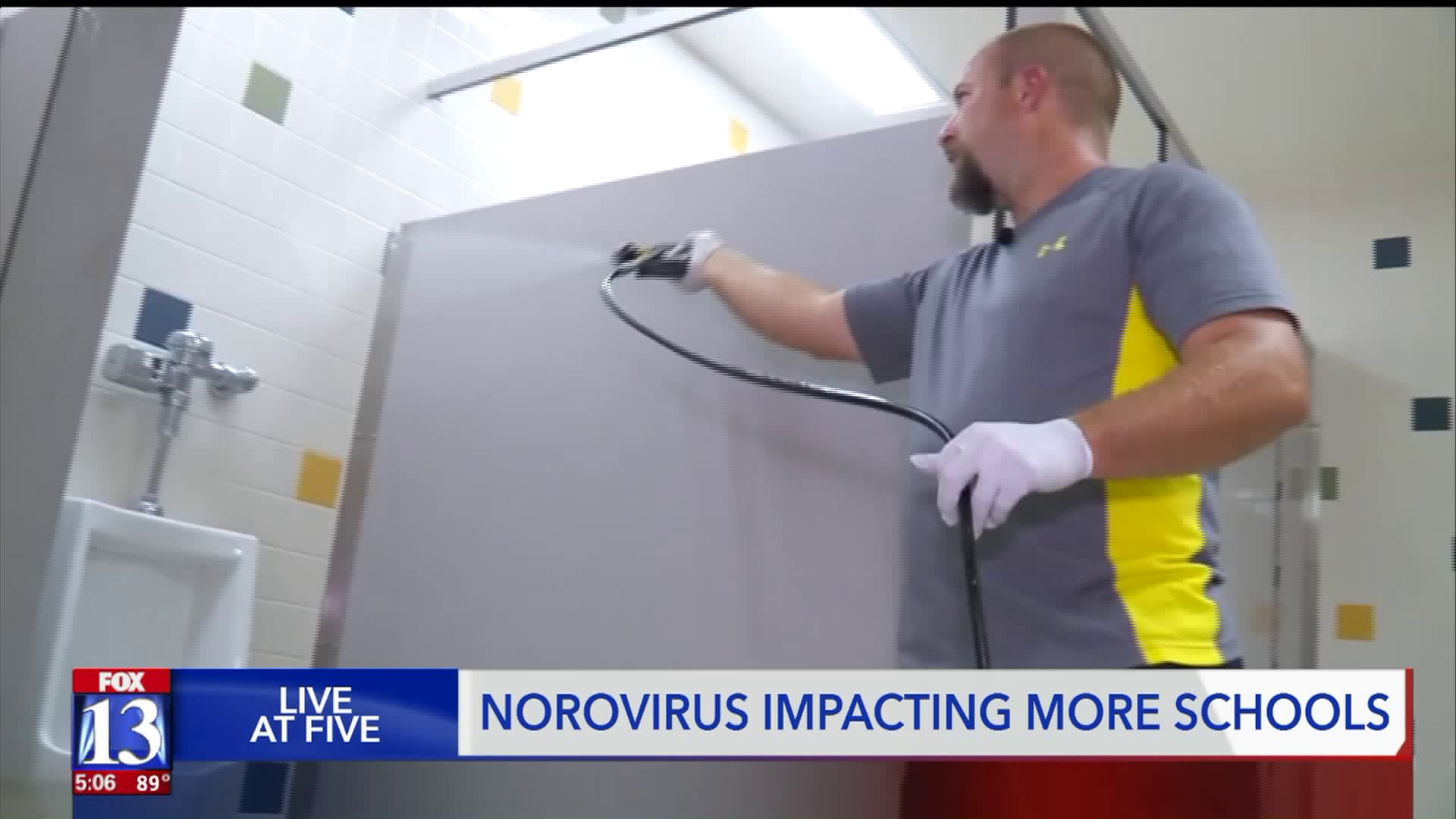 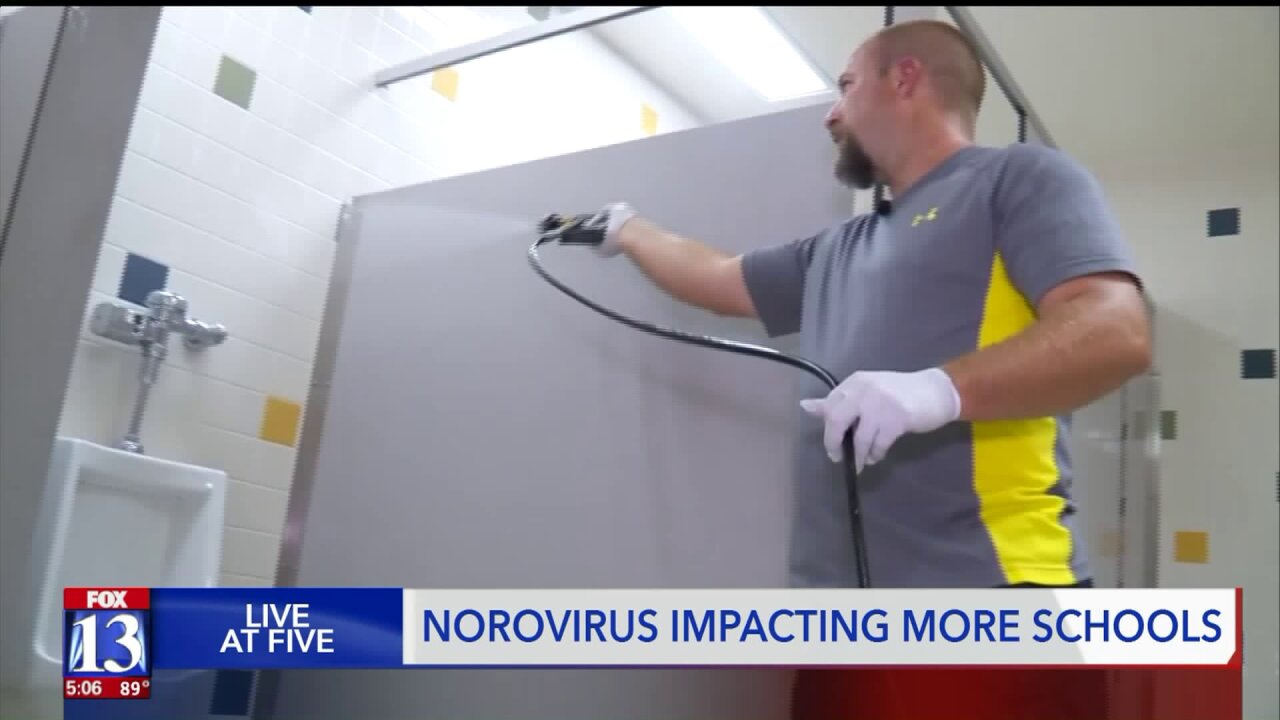 However, a lot of parents have communicated that they kept their children home out of fear, not because they're experiencing symptoms. While the school district said that is completely fine, they’re hoping to help the Utah County Health Department get accurate numbers regarding the number of children infected. The Alpine School District is asking parents to communicate with the district and let them know why they are keeping their child home from school -- if it is because a child has norovirus symptoms, or if parents are just nervous about kids contracting the virus.

In the meantime, Alpine School District’s P.R. Spokesman David Stephenson said school custodians are working around the clock to make sure the campuses are properly disinfected.

“We use a Hi-Vac system in all of our restrooms where we go in with 500 psi of pressure and spray everything down every day to get rid of any germs,” Stephenson said.

The school district said every surface in each of their schools is being regularly disinfected with bleach, ammonia, and other hospital grade disinfectants to try to stop the spread of the virus.

The norovirus is very contagious and can be passed simply by touching the same surfaces that a sick person came in contact with.

Symptoms of norovirus include stomach pains, vomiting, and diarrhea. If your child is showing symptoms, the Utah County Health Department is asking that you don’t send him or her to school for 72 hours after the vomiting and diarrhea have ended.

The Alpine School District sent a letter home to parents, asking them to clarify whether their child is experiencing symptoms, so it can share that information with the Utah County Health Department.

On Friday, the Jordan School District shared that from Fox Hollow Elementary and Mountain Shadows Elementary, a total of 251 children were absent.

“Those are high numbers because normally on average on a given day we have 4.5 students out,” Communications Director Sandy Riesgraf said.

With Friday being a half schedule, Riesgraf said she’s not sure if students had their students stay home to err on the side of caution.

“If parents have any concerns, keep them home,” Riesgraf said.