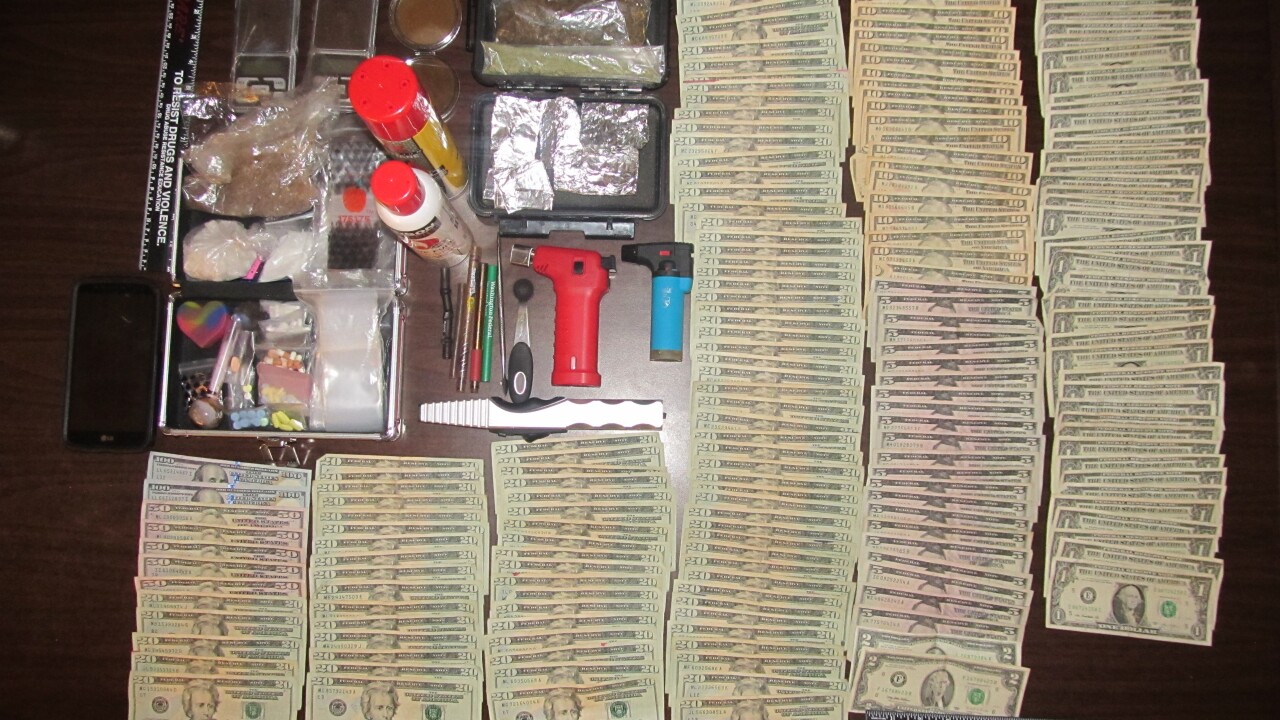 PRICE, Utah — A Price woman was arrested Sunday after police allegedly found a large amount of cash and drugs following a traffic stop.

Krystal Marie Noyes, 31, was stopped on Sept. 2 for an alleged stop sign violation, a press release made by the Price City Police Department said. When officers interacted with Noyes, the noticed that she had a large amount of cash in her purse, and a tooter, a type of drug paraphernalia, near the cash.

Noyes was booked into the Carbon County Jail and, “charged with felony level Possession With Intent To Distribute Methamphetamine, Heroin, Marijuana, and Prescription Pills,” the press release stated. “The Carbon County Attorney’s Office will review the report to determine the appropriate formal charges to file against Ms. Noyes.”

A photo of the illegal substances and cash seized can be seen below: