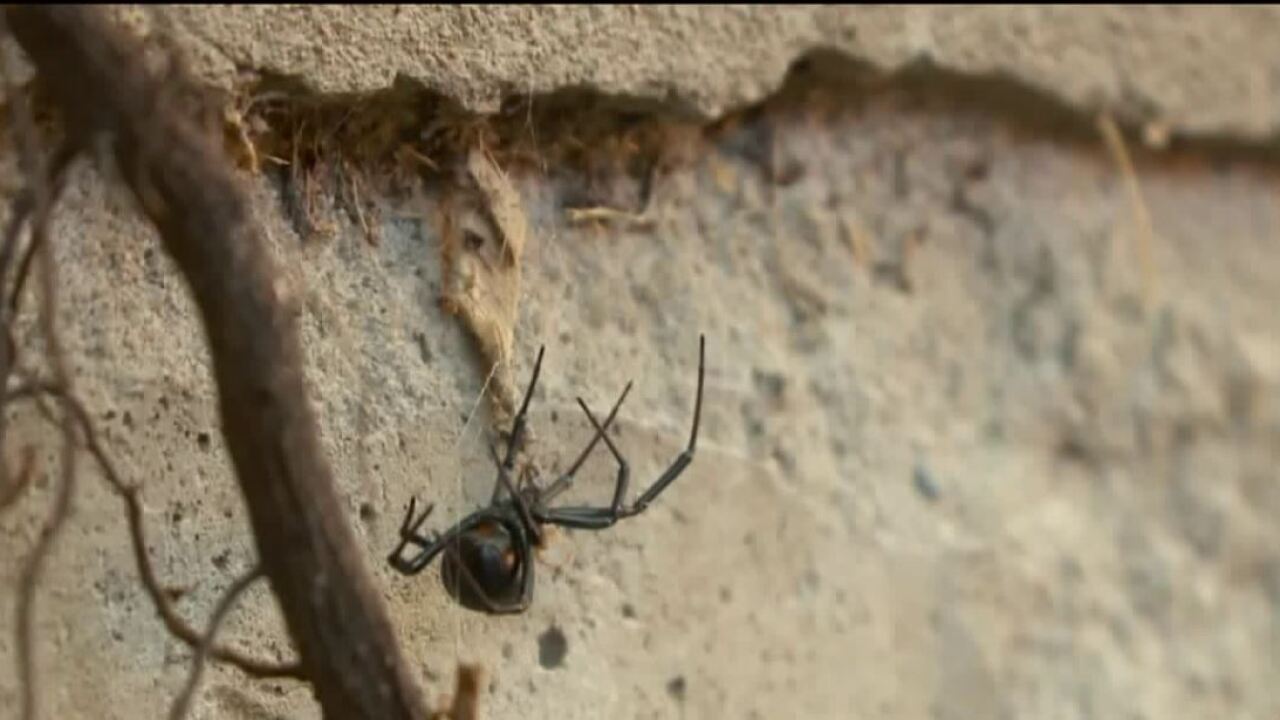 SALT LAKE COUNTY, Utah -- Pest control companies say a spike in insects this summer is boosting their business, as homeowners look for ways to get rid of bugs and keep them from creeping inside.

"This one's had a little bit of activity from some rats in the neighborhood," owner Steve Tanner said, as he looked in a black box with partly-eaten blue poison.

He indicated that his company has picked up more business this summer, as customers notice an increase in bugs and critters around their homes.

One resident Darlene Percival said she's been having problems with small insects that look like boxelder bugs.

"It's crazy," she said. "It's like thousands of them, all in my windowsill."

She pointed to dozens of dead ones she hadn't cleaned up yet. Tanner said they are likely elm seed beetles, an insect from Colorado that he said the company is seeing bad infestations of this year. According to Tanner, the warmer weather last winter is causing the influx. As fall approaches, he's seeing other insects appear earlier than normal.

"Yellow jackets, black widows have really been hitting hard this year," he said.

Those two species usually don't come out until the fall, but he said the company started getting calls with issues in July.

Because of that, he said, it'll probably get worse from here before winter hits.

At one South Salt Lake 4-plex, Tanner's brother Matt Tanner spotted a black widow on one of the outside walls. Matt sprayed the spider and quickly killed it, before Steve sprayed the wall with pesticide.

To help mitigate bugs around the house, Steve Tanner suggested residents cut back shrubs, ivy and bushes along home foundations, seal cracks and crevices with silicone or caulk, and keep the garage clean by sweeping -- especially in corners where black widows tend to live.