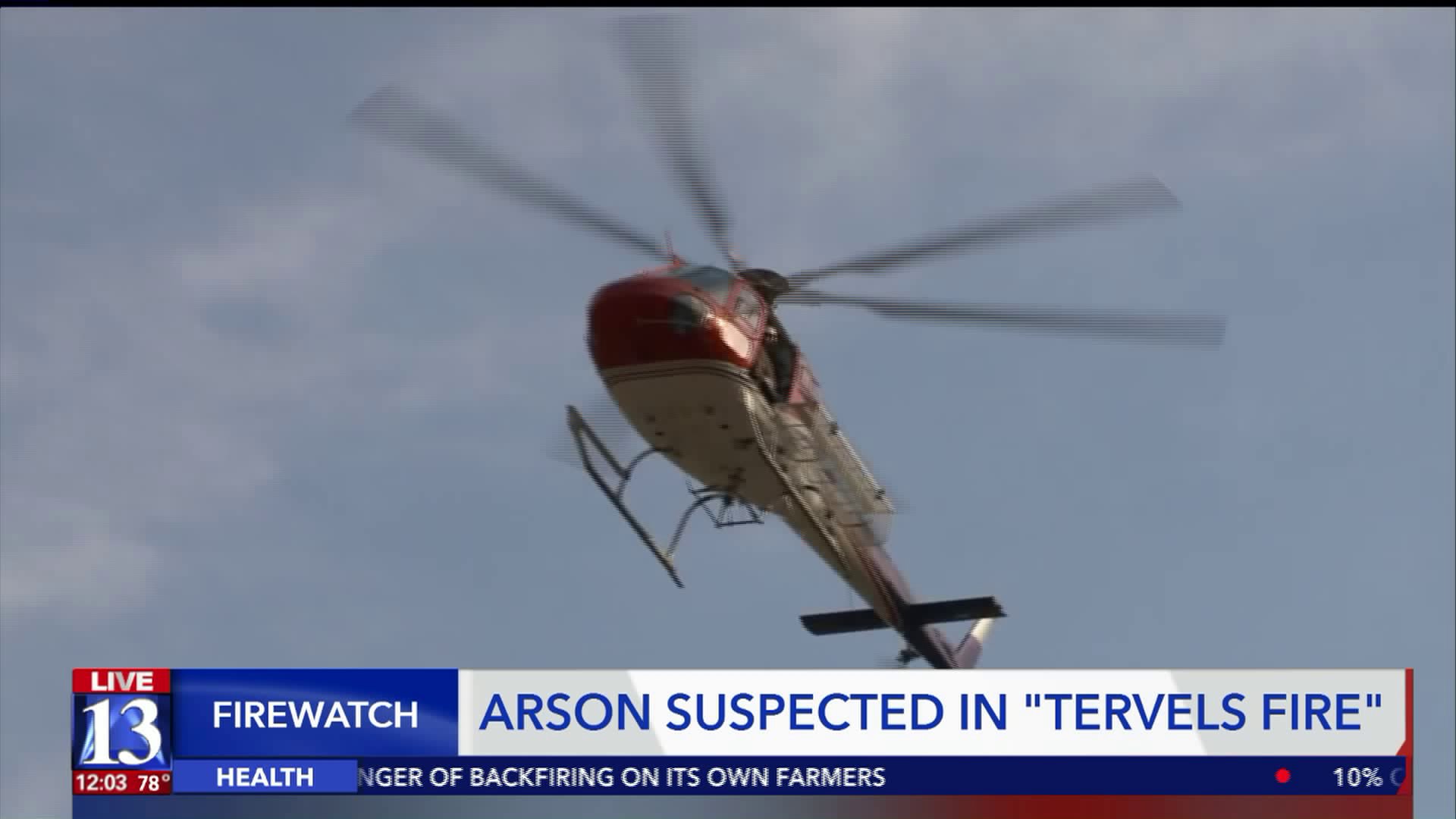 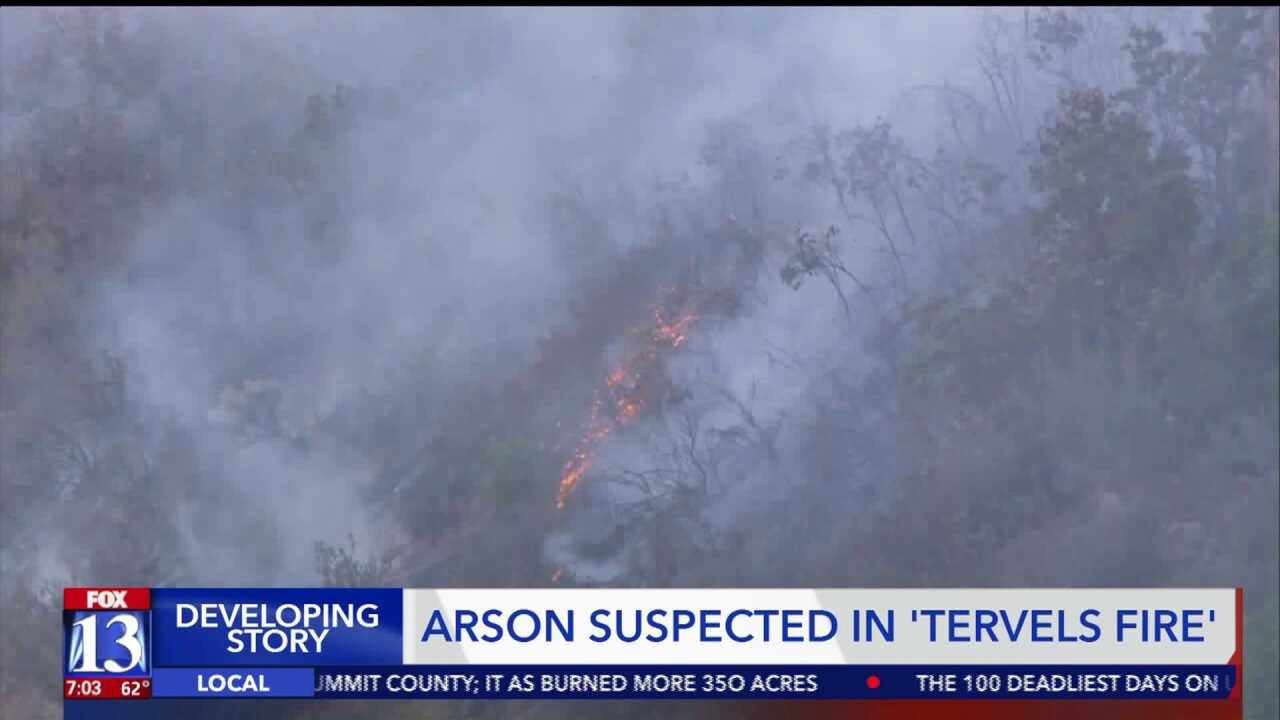 SUMMIT COUNTY, Utah -- A fire prompted pre-evacuation notices in Summit County near I-80 and Echo Reservoir Monday, and as of Tuesday morning an estimated 585 acres have burned.

The blaze is 5% contained.

Fire investigators have determined the blaze to be a case of arson and they are looking for suspects. Anyone with information about how the fire began is asked to contact the Summit County Sheriff's Office.

Echo Creek Ranches were placed under a pre-evacuation order due to the fire Monday, and that status remains in place Tuesday.

According to a tweet from Summit County, the Tervels Fire is burning at milepost 170 near a rest stop on I-80. One lane of eastbound I-80 is closed between mile markers 169 and 171 as of Tuesday morning.

"Aircraft and a county dozer have been ordered. The Summit Co. Fire Warden is on scene, along with crews from local agencies," the county wrote. "No structures are threatened at this time and no evacuations have been ordered."

Fire officials urge those traveling in the area to be cautious, and the remind motorists not to stop their vehicles to view the fire and response.