Max Facts: What’s your faith type? The Pew Research Center has an idea 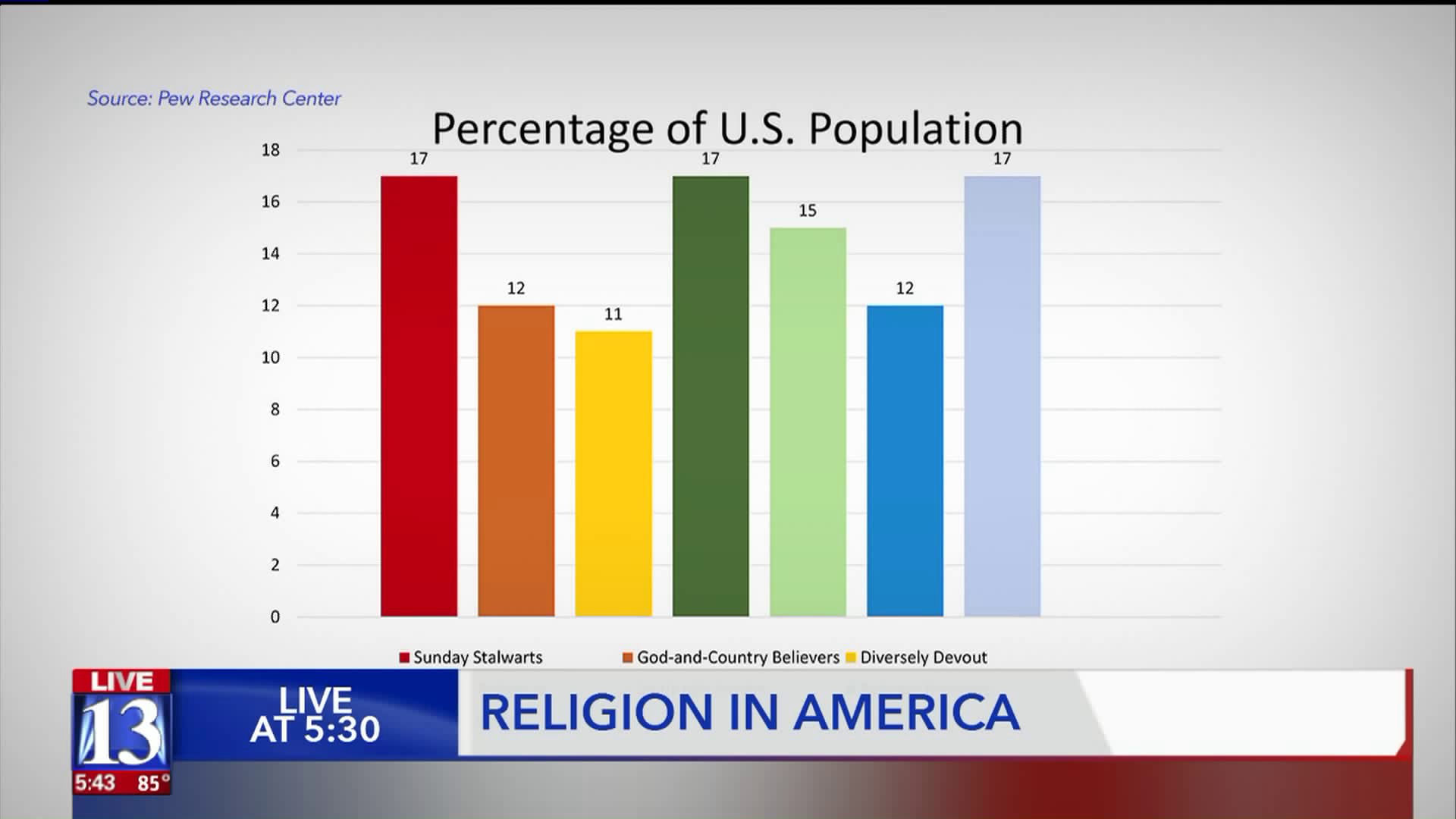 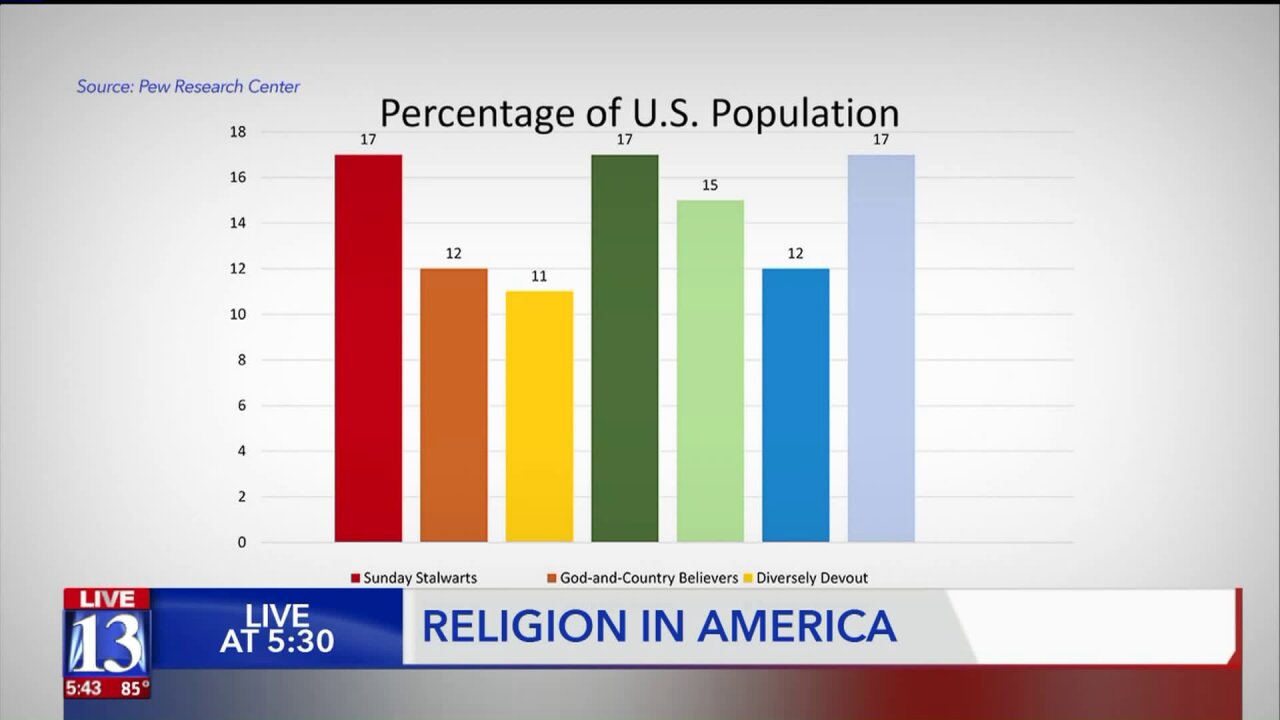 SALT LAKE CITY -- You should watch my story because I spent all day with only a calculator and PowerPoint to keep me company, but before that, how about going here to see what your religious "type" is.

Pew has a good breakdown of their study.

What I did was adjust all of the percentages of the four biggest religious groups in Utah, Mormons, Catholics, Evangelicals, and Unaffiliated.

Utah's largest faith community, the Church of Jesus Christ of Latter-day Saints, is concentrated in one of Pew's types.

50 percent of Mormon's in Pew's study were Sunday Stalwarts, the most religious type distinguished by their strong adherence to a traditional belief accompanied by devotion to regular participation in a local church.

In contrast, 36 percent of Evangelicals in the study were Sunday Stalwarts.

Catholics tend to not be as highly religious.

Most interesting in the study, in my view, is the correlation between types and particular cultural and political beliefs.

Sunday Stalwarts and God-and-Country believers are more likely to consider homosexual behavior as immoral, and less likely to believe in human-caused global warming.