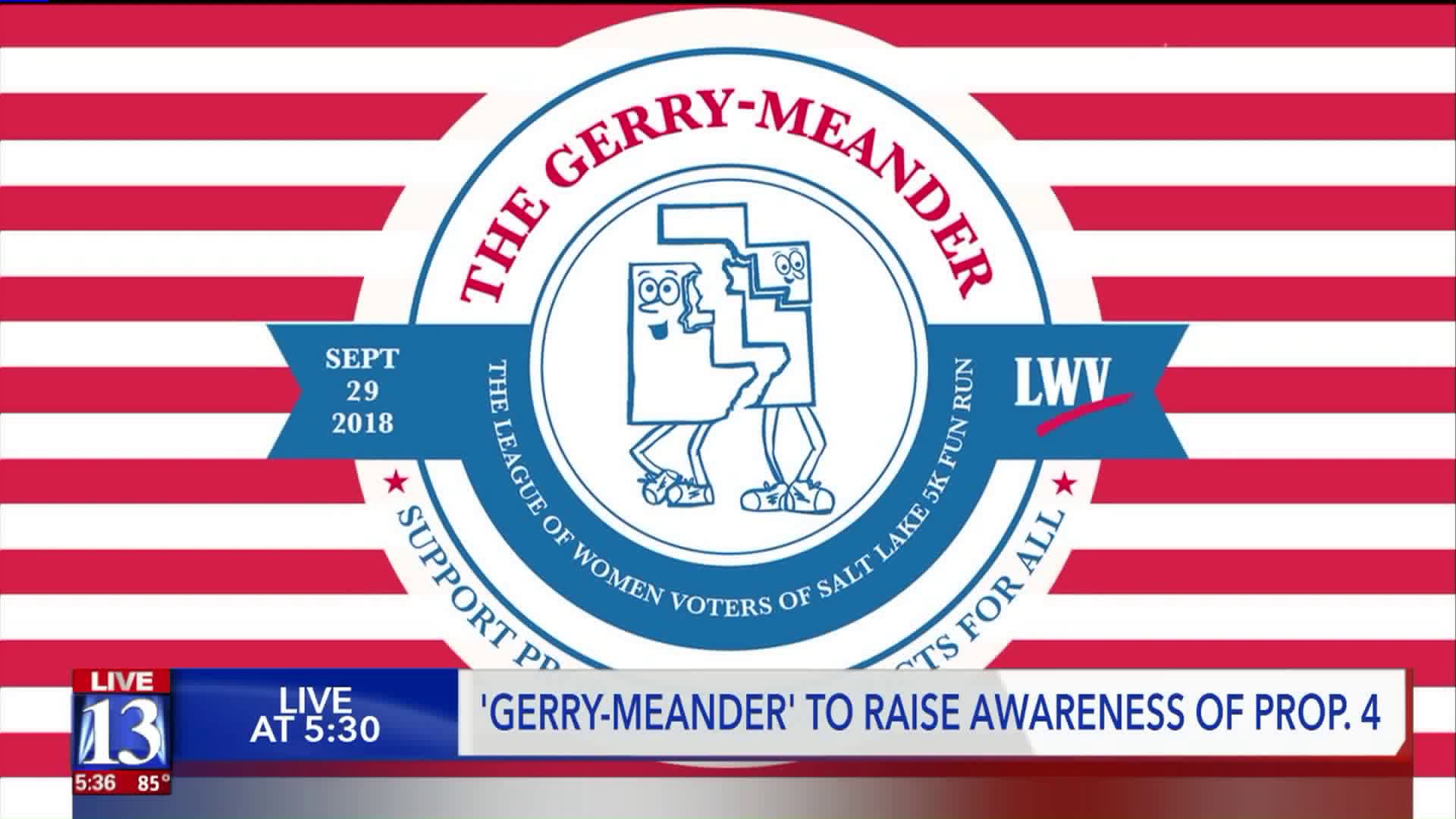 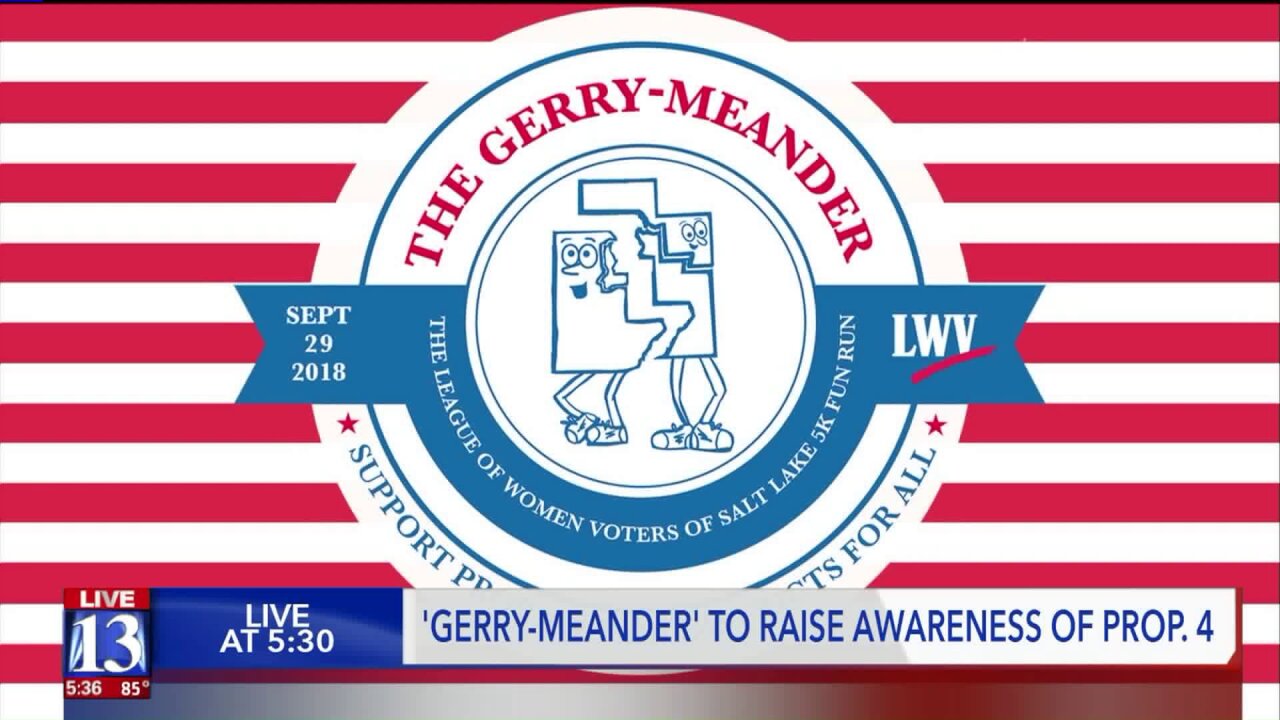 SALT LAKE CITY -- The League of Women Voters of Salt Lake is backing Proposition 4 in an unusual way.

They're sponsoring a 5k fun run called the "Gerry-Meander," a cheeky play on the term "gerrymander," which means to manipulate political boundaries to favor one party or class.

"It’s just going to be a lot of fun for everybody, walking running around the area," said Kathy Biele, the president of the League of Women Voters of Salt Lake. "We cross four different districts nine times in a square of 5k."

It's a real-life example of the last time the legislature fulfilled its duties and redistricted the area. The 9th and 9th district of Salt Lake City is divvied up into four legislative districts.

"They’re going to be walking through districts that have been gerrymandered," said Jeff Wright with the Better Boundaries campaign, which is sponsoring Proposition 4.

Proposition 4 is a citizen ballot initiative that would create an independent redistricting commission to draw future legislative and congressional boundaries. It would make a recommendation to the Utah State Legislature to adopt them. Constitutionally, that power is solely the legislature's.

But Prop. 4 is facing pushback from some Republican leaders in the Utah State Legislature. Senate President Wayne Niederhauser, R-Sandy, recently wrote a blog post criticizing the initiative. He challenged claims that the way lawmakers presently draw the political boundaries ensures they remain in office.

"The 'Better Boundaries Initiative' is nothing more than a cleverly disguised partisan ploy to silence the voice of the people of Utah as represented by the Legislature. It unconstitutionally gives authority over redistricting to unelected individuals and the courts," he wrote. "Make no mistake about it, the backers of this initiative are not seeking to create a transparent, fair, and constitutionally sound redistricting process – we already have that. They are seeking to pack what is now a competitive congressional district with Democrat voters to create a single, safe, and solidly Democrat congressional district around Salt Lake City."

Proposition 4 will be decided by voters on the November ballot. At the Sept. 29 5k "Gerry-Meander," Biele said the League of Women Voters would be out talking about why they believe voters should approve it.

"This is not a particularly difficult law. This is just a law to give us a voice in the process to help us talk to our legislators and help them talk to us," she said.

Information on the race can be found here.