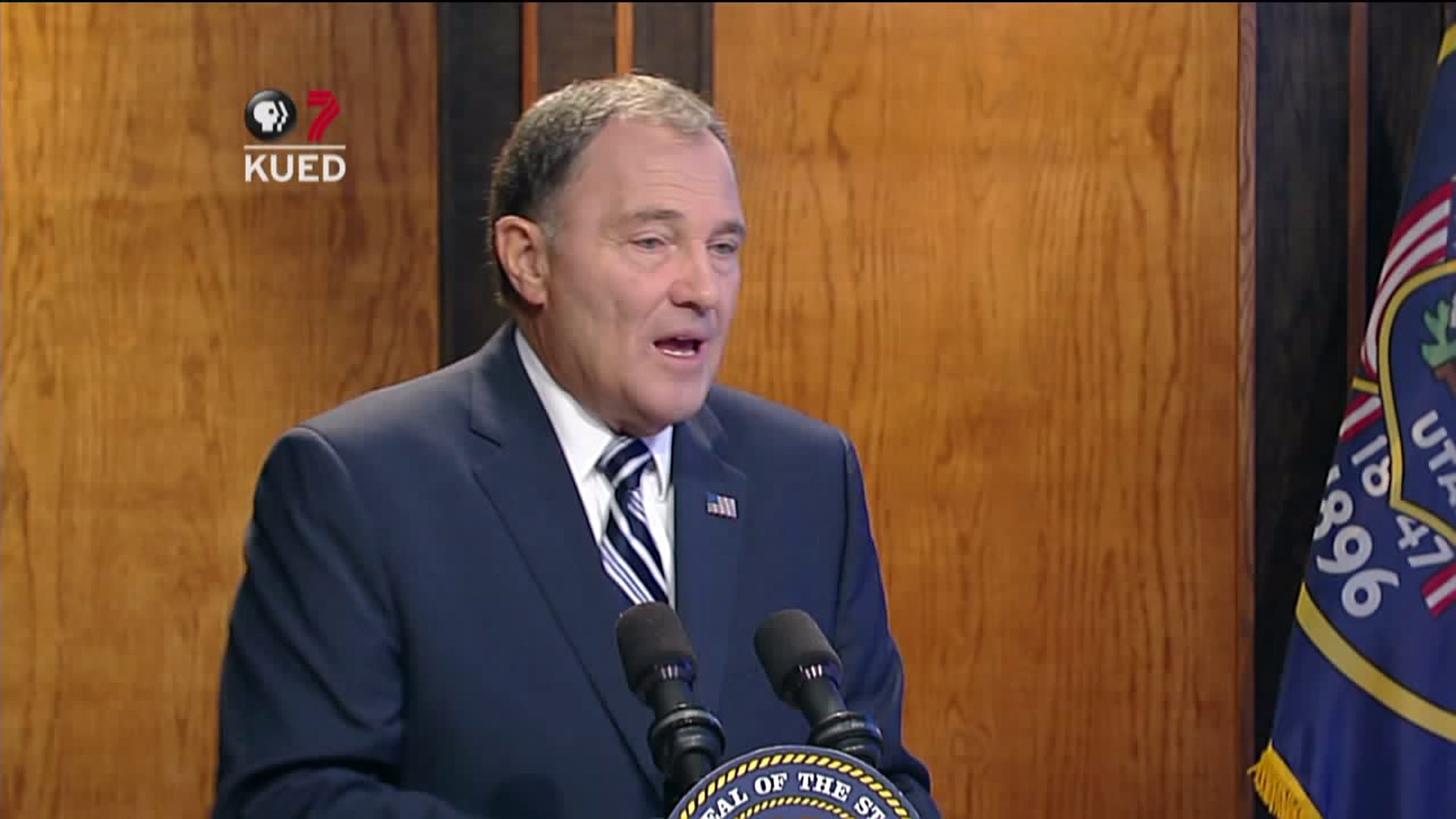 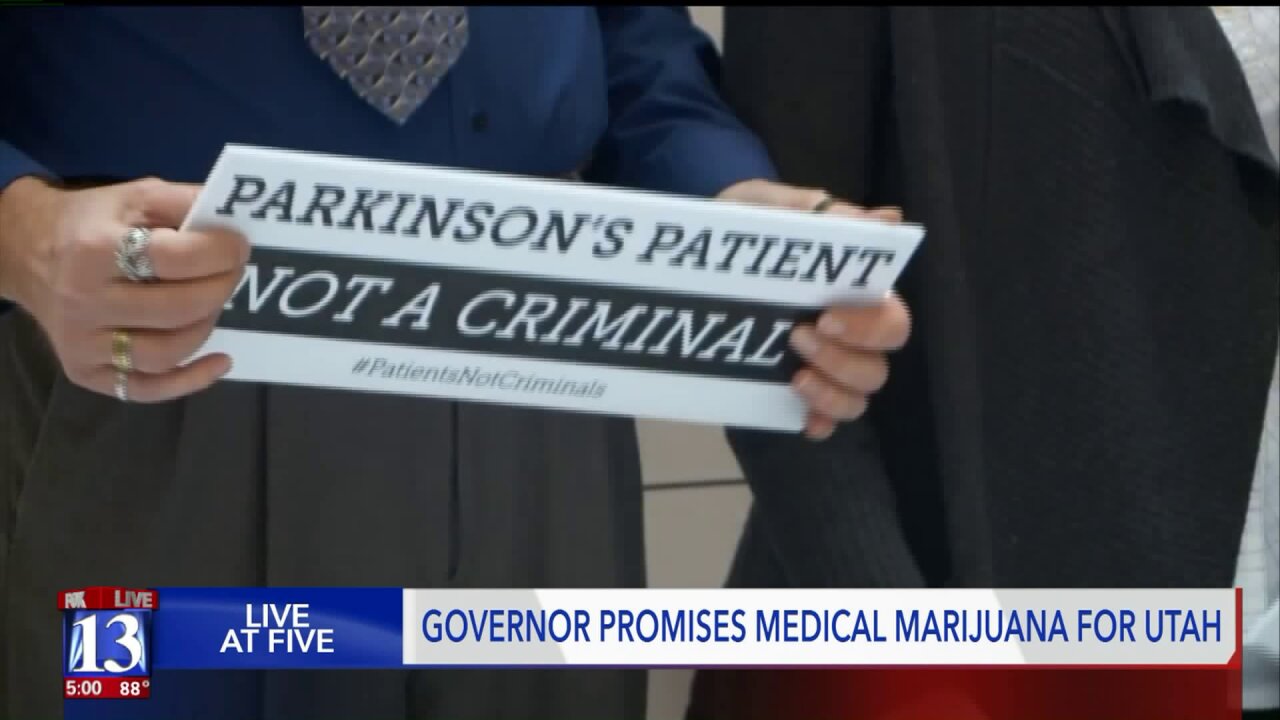 SALT LAKE CITY -- Gov. Gary Herbert said he would prod the Utah State Legislature to pass "a bill that everybody can support" on medical marijuana, should Proposition 2 fail.

Speaking to reporters at his monthly news conference on KUED, Gov. Herbert reiterated his opposition to Prop. 2. However, he acknowledged the state has been slow to deal with the issue of medical cannabis.

The governor said he is not necessarily against medical cannabis itself, but said there needed to be more controls in place than what is in the initiative itself. He repeatedly expressed concerns about "unintended consequences" of the ballot initiative.

Gov. Herbert said if Prop. 2 fails in November, he would push lawmakers to pass a medical cannabis bill.

If the initiative does pass, Gov. Herbert said the problem remains that Prop. 2 will need to be fixed.

"So if it doesn’t pass, we’ll start new. We’ll create in this upcoming legislative session a bill that everybody can support," he said. "If it does pass, we’re going to bring the legislature together and work with the stakeholders who’ve already acknowledged this bill is not perfect."

When FOX 13 asked what would be different than previous medical marijuana bills that have been introduced and failed to pass the legislature, Gov. Herbert replied: "I think the motivation now is heightened to get a resolution because of the initiative."

Watch some of the governor's comments here:

Prop. 2 came about after frustration from medical cannabis advocates who negotiated with the legislature for years only to see bills fail. This year, the legislature passed a bill allowing terminally ill patients a "right to try" medical marijuana, and legalized CBD oil. Children with epilepsy have been given a cannabidiol under Utah law.

Gov. Herbert expressed frustration that Congress has failed to do anything as more than 30 states have now legalized medical marijuana, while it still remains illegal on a federal level.

Opponents of Prop. 2 told FOX 13 earlier this week they were drafting a bill with members of the Utah State Legislature.

"It would be physician prescribed and something like pharmacy dispensed or pharmacy-like dispensed. Department of Health or something similar, or health departments," Michelle McOmber, the CEO of the Utah Medical Association and a member of Drug Safe Utah, said in an interview.

Drug Safe Utah is a coalition of groups, including The Church of Jesus Christ of Latter-day Saints, who have organized to defeat Prop. 2. The LDS Church recently said it does not oppose medical marijuana if it were physician prescribed and pharmacy distributed (something not allowed under federal law) but opposes Prop. 2.

Some of those things would require federal tweaks to allow (like pharmacy dispensing), but Gov. Herbert indicated he would go up against the federal government to make it happen.

DJ Schanz of the Utah Patients Coalition, which is sponsoring Prop. 2, said he was glad to see the governor and opponents recognize the need for some medical cannabis program in Utah.

"This coalition of prohibition, we’re glad they’re finally coming along with the times," he told FOX 13 on Thursday. "They may not be leading any parade, but at least they’re recognizing there’s a parade going on."

Schanz said the legislature has had years to act and now it's up to voters to decide. The most recent polls indicate Prop. 2 is poised to pass.