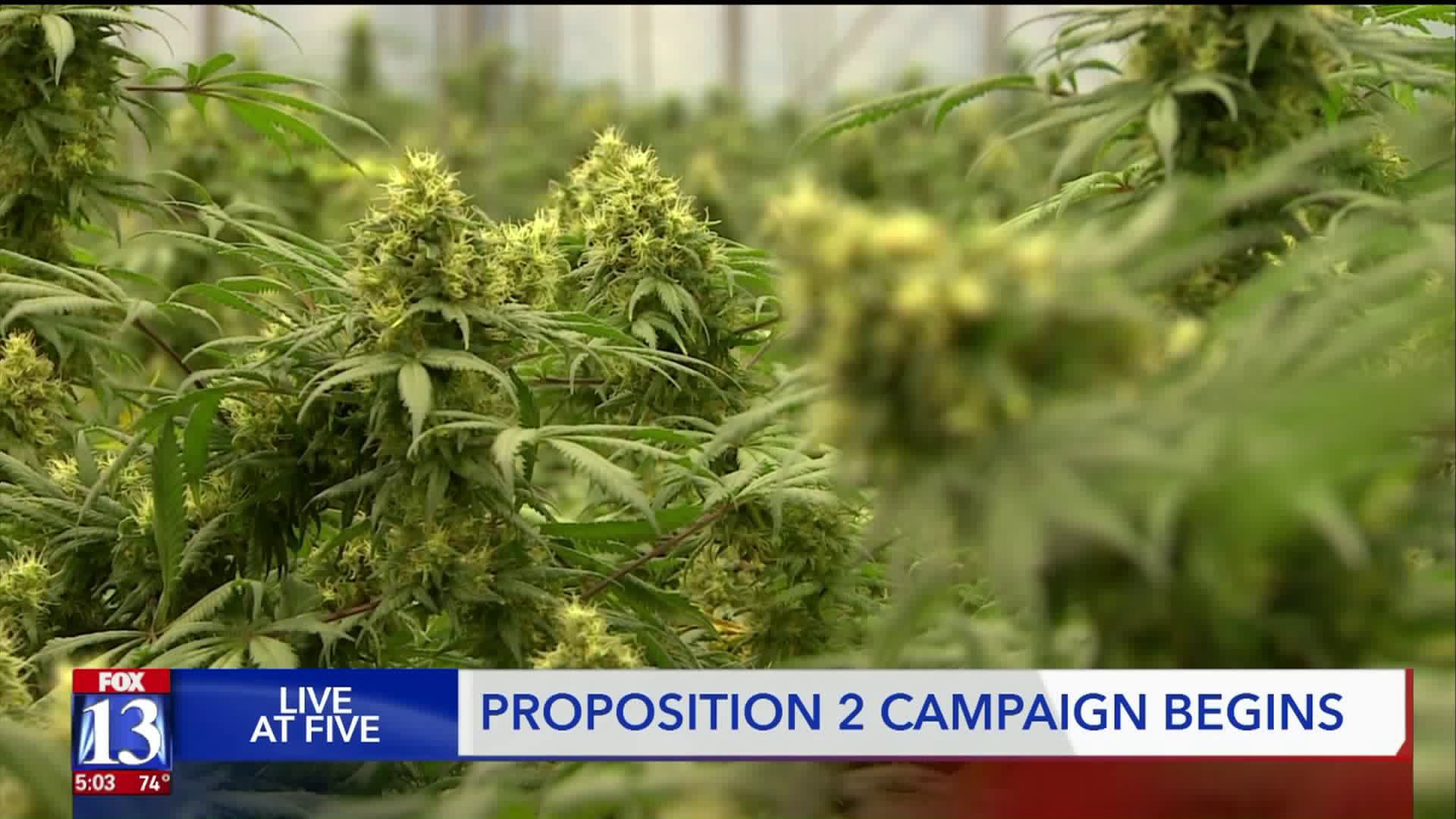 SANDY, Utah -- Kristin Stocking took video of her son's seizure as her husband tried to provide comfort to him.

"This is his fourth seizure so far today," she wrote. "Vote yes on proposition 2."

Since then, Stocking's video has taken off. It's been shared thousands of times with a majority of commenters agreeing with her on the medical marijuana ballot initiative.

"I would love everybody to see this and vote yes on Proposition 2," she told FOX 13. "We're not asking for recreational use. We don't want people standing on the street corner doing drugs. We obviously want to provide relief for those who need it."

Stocking is one of many people encouraging her friends and neighbors to vote for Prop. 2, sharing the story of 12-year-old CJ. She said she has been using a CBD oil allowed under Utah law, but it has so far not worked.

Her advocacy is something the Utah Patients Coalition, which is sponsoring Prop. 2, is counting on to help pass the medical marijuana ballot initiative in November. The group is planning a kickoff event Sept. 15 to launch its efforts to persuade voters to say "yes" to 2.

"While they may have big wigs and millionaires, we have patients," said DJ Schanz, the executive director of the Utah Patients Coalition.

Prop. 2 could be a big and expensive campaign. Last week, opponents united under the banner of Drug Safe Utah at an event that included some well-funded players in the state -- The Church of Jesus Christ of Latter-day Saints, the Salt Lake Chamber, Utah Jazz owner Gail Miller, wealthy developer Kem Gardner, philanthropist Karen Huntsman and Zions Bank CEO Scott Anderson.

Utah Medical Association CEO Michelle McOmber, who is a part of the coalition opposing Prop. 2, said they were preparing for an earnest campaign to educate voters on the problems with the initiative itself and urge them to vote "no."

"It's not really medical marijuana," she said in an interview with FOX 13. "We want them to know the only piece a physician has in the initiative is to recommend a card, a medical card, and they go to a dispensary run by the marijuana industry."

The campaign for and against Prop. 2 is likely to include TV ads, social media posts and other events to persuade voters ahead of Election Day in November. Schanz said while his opponents accuse them of relying on "Big Marijuana," the Utah Patients Coalition hasn't seen national interest so far.

"There's not a ton of money potentially in Utah, where you have 35,000 to 70,000 people that are in this strictly medical program, compared to 10 million in California," he said.

McOmber acknowledged Drug Safe Utah has some well-funded supporters, but they have yet to start cutting checks. She said they were also trying to persuade voters to instead support a compromise alternative that could be pursued with the Utah State Legislature.

McOmber said they were working with members of the Utah State Legislature on a bill that could provide some medical cannabis under more stringent monitoring than Prop. 2 allows for. Any bill would likely not be unveiled until the 2019 legislative session.

"It would be physician prescribed and something like pharmacy dispensed or pharmacy-like dispensed," she told FOX 13.

Schanz said no state in the union has been able to do that under current federal regulations.

"This is just one more wacky Hail Mary of a long series of them by the opposition to derail the citizens ability to decide on this important issue," he said.

Prop. 2 has been polling to pass. Stocking said despite the polls, she feels Prop. 2 is an underdog.

"I feel like an underdog, absolutely," she said. "I feel like my voice is not being heard. I pay taxes here, I live here, I should not have to leave to seek treatment for my child."