Police search for suspects in Millcreek who stole multiple guns from cars, garages and RV 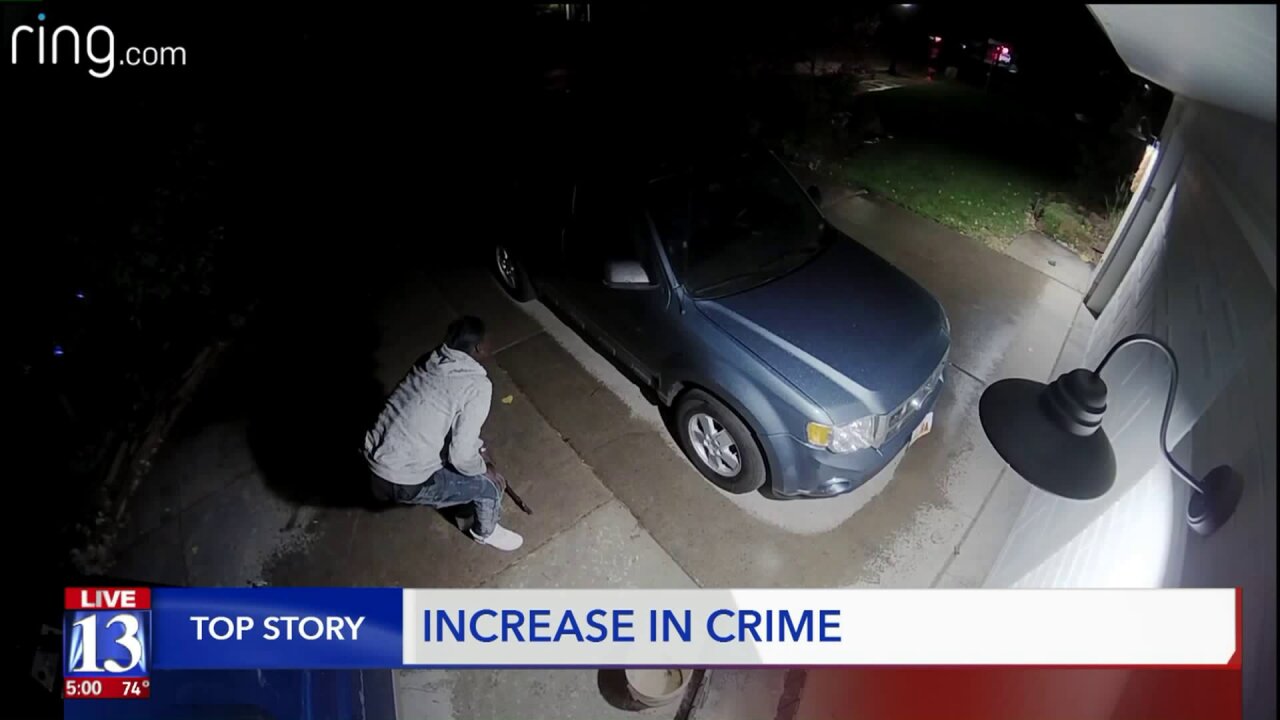 MILLCREEK, Utah – A Millcreek neighborhood is on edge after a series of break-ins were captured on camera.

Thieves targeted Barrett Morgan’s car, which was parked in the driveway of his Millcreek home on August 21 around 11 p.m.

“My mother-in-law called me 10 minutes later, texted me saying your car light is on,” Morgan said.

She didn’t think anything of it, so she turned off the light. The next day, Morgan realized he wasn’t the only victim.

“The next morning, my neighbor sent me some footage of two guys by her garage,” said Morgan.

“You could definitely see they had a gun. They had a shotgun,” said Morgan.

The suspects hide until a police car passes by, and then they take off running.

“We know for sure of at least four victims. Entered garages, entered vehicles,” said Sgt. Melody Gray with the Unified Police Department. Police describe the two suspects as African American Males in their early 20’s. They stole several guns from different locations – cars, garages, and an R.V.

Some of the weapons surfaced Tuesday morning.

“We had another neighbor who said her kids went in the backyard, they found an AR-15 and two handguns,” said Morgan.

But there’s still one gun unaccounted for.

“It’s disturbing. It’s always concerning when we have people out there with firearms when we don’t know what their intent is – especially when they are stolen firearms,” said Gray.

Residents have hired a private security company to patrol the streets, formed a neighborhood watch group, and installed cameras. All measures they hope will keep the criminals out for good.

“We want to take care of our neighborhood. It’s kinda sad that it’s getting to this point, to where we have to watch out all the time,” said Morgan.

Unified Police are gathering as much information as they can to catch these guys. If you can help, give them a call at 801-743-7000.