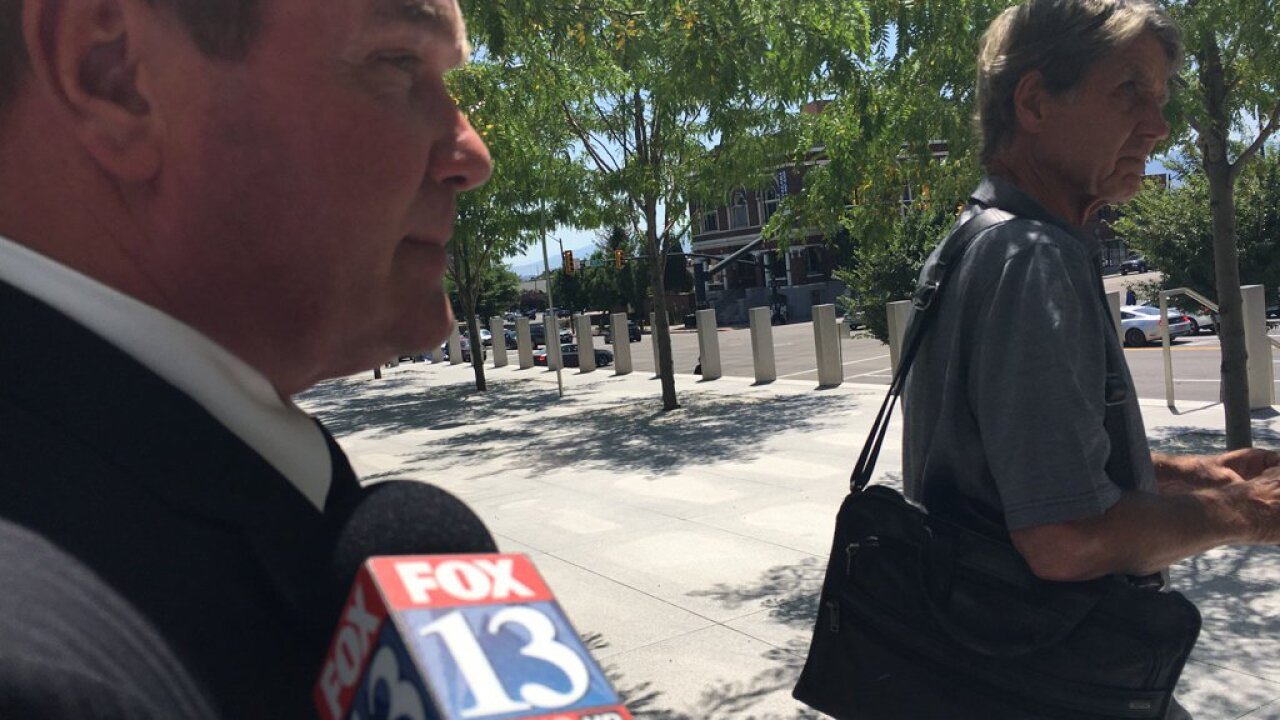 SALT LAKE CITY — The U.S. Attorney’s Office for Utah has reached a settlement with prominent developer Terry Diehl over its failed prosecution of him last year.

In a statement released by his attorney on Monday, the federal government signed an agreement with Diehl and avoided a hearing on attorney’s fees in which he alleged “the case against him was frivolous, vexatious and brought in bad faith.”

“The settlement includes a significant financial award. The United States Attorney’s Office also recently confirmed that it ‘does not have any open investigations in which Mr. Diehl is the purported target,'” Loren Washburn wrote.

The U.S. Attorney’s Office did not admit to any wrongdoing and said Monday it reached the settlement to avoid further litigation. Washburn said such a settlement is rare, citing the Hyde Amendment, which allows those the government wrongly accuses of a crime to receive payment.

Diehl was originally charged, accused of not reporting income from some development deals. The indictment was announced the day after Utah Transit Authority — of which he was a former board member — struck a deal with the feds to cooperate in future investigations.

As the feds’ case against Diehl progressed to trial, it began to fall apart. Prosecutors continually dropped charges as his defense pushed them to trial. The day his trial was to begin, prosecutors dropped the case entirely after a judge refused to allow them to bring up financial transactions past a certain point.

“Terry Diehl has endured years of reckless and cavalier accusations and assumptions by members of the Utah news media reporting on his time at UTA, which ended almost a decade ago. As shown by this settlement, the investigation by the FBI that spent countless taxpayer-funded hours by investigators, prosecutors and the courts ended without any showing that Mr. Diehl violated a single law. Through it all, Mr. Diehl insisted on his innocence. In the end, the government dismissed all charges against Mr. Diehl and acknowledged that they could no longer ethically proceed with their case against him,” Washburn said in his statement.

Washburn had a warning for some news outlets who published stories about Diehl leading up to the dismissal of the case.

“Should there be anything defamatory published, Mr. Diehl will consider every remedy available to a private citizen under the law to hold journalists and news outlets accountable. The fact that Mr. Diehl was willing to fight every charge brought by the US Attorney, and then seek damages from the United States government, should be ample evidence that Mr. Diehl is willing to fight to protect and restore his good name,” he wrote.