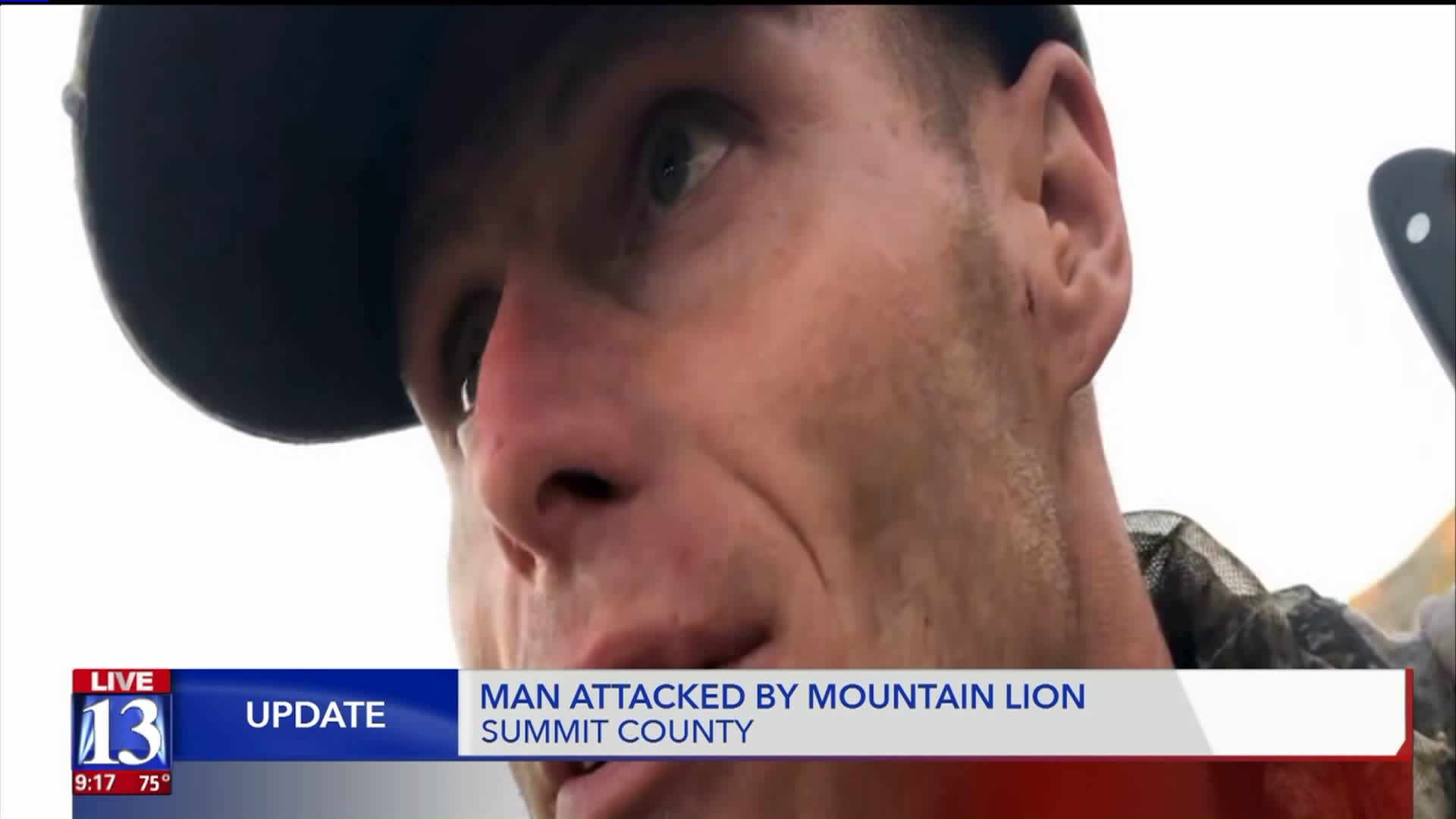 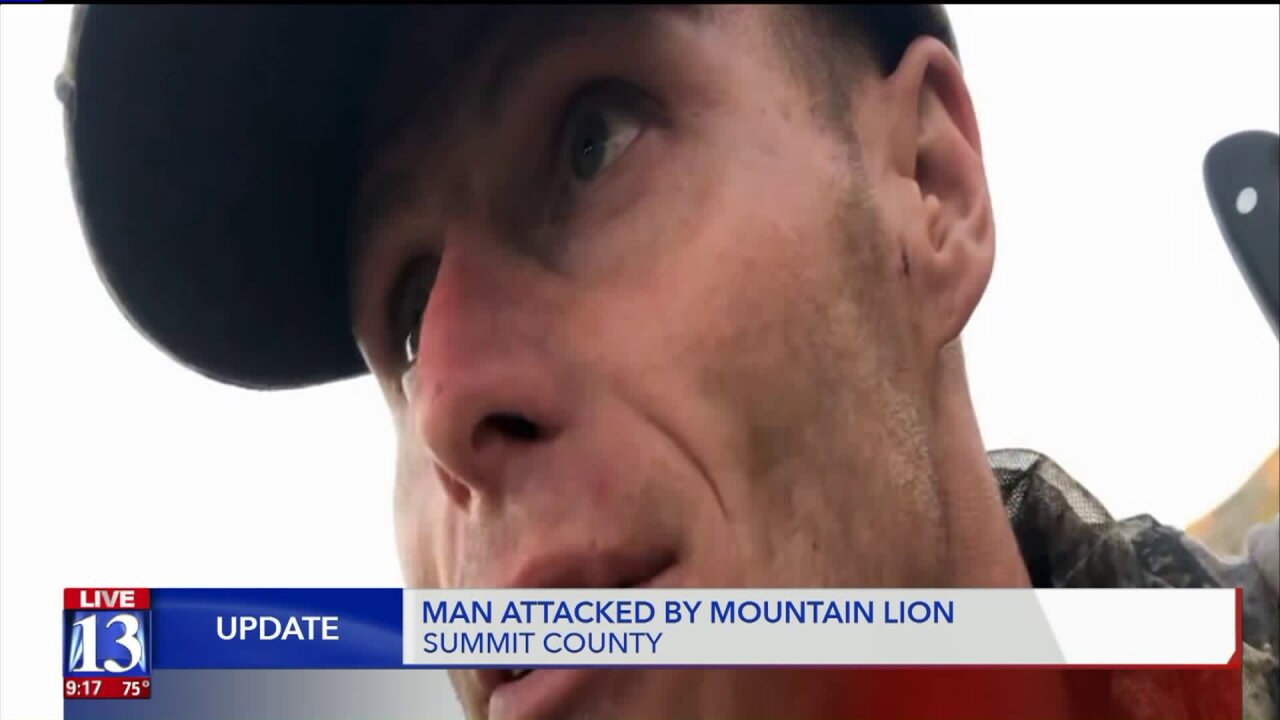 KAMAS, Utah -- "The second I see it, it's surreal," Cody Hardman of Kamas said. "Am I seeing this? Am I really seeing what I think I'm seeing?"

What Hardman saw on the opening morning of the archery elk hunt Saturday was a mountain lion.

Before he knew it, Hardman says the lion was all over him.

"I don't know where he's at, I just got attacked by a ---- lion," Hardman said on video moments after the cougar tackled him to the ground.

Hardman tried scaring the lion away, but the animal wasn't having it.

The lion finally went deeper into some trees and brush.

Hardman was supposed to be meeting his father to hunt elk, and had no idea if his dad was OK.

He again heard the lion.

"It went on and it got louder and louder and soon I just hear a roar and there right 10 feet in front of me is this cat," he said.

The cat was crouched and ready to attack, so Hardman tried shooting an arrow at it.

"I barely had enough time to let my bow back and let it fly, and I remember watching my arrow go right between his front legs," he said.

The next thing he knew, the lion had attacked.

"He hit me right in the chest with his two front paws, and it picked my feet clear out from underneath me and put me on my back," Hardman said, adding the animal's claws left cuts in his legs and chest.

Hardman stood his ground. He screamed and held his hands high above his head.

Finally, the mountain lion went away.

But not knowing if the cougar would return, Hardman recorded a video message for his wife and three young children.

"In the slight event that something does happen, I love you Kiera, and them kids. Do right by me."

Hardman did make it.

In fact, when he finally hooked up with his father, they continued on with their elk hunt.

The Division of Natural Resources has since posted warning signs in that area and traps to catch the mountain lion.

The DNR's Wild Aware Utah website provides tips for avoiding encounters with wild animals, including cougars, as well as what to do should you encounter one. Hardman's reaction aligns with many of their recommendations.