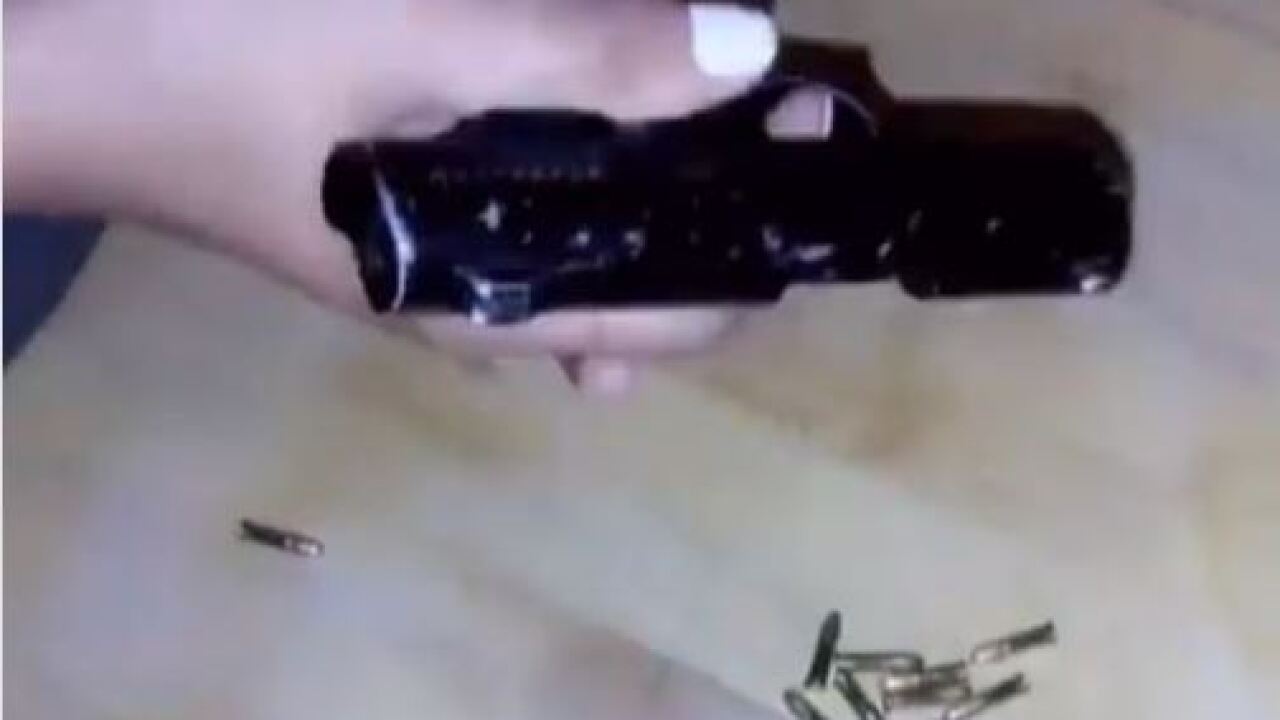 OREM, Utah -- Police in Orem say a 17-year-old girl is in custody and a gun has been confiscated after a threat was posted on social media.

Orem Police say the teen is a student at Mountain View High School.

"We take these types of cases very, very seriously and we will do everything in our power to protect our kids," Orem Police stated. "Parents, please talk to your kids about this. Making any type of threats like this can land you in [juvenile detention] with some very serious consequences. This is not a joke so please talk to them even if you don't think you need to."

Police say the 17-year-old girl is in custody and the weapon has been confiscated. They also posted an image from the teen's post on social media that shows a firearm along with the caption: "You ready for your first and last day of school?"

Lt. Craig Martinez said the picture was posted on Instagram Sunday night, and some students who saw the image spoke to their parents who then called police. Orem Police say they "applaud the courage" of the children who came forward.

The female suspect was taken into custody about 90 minutes after making the post. Police say the firearm belongs to the teen's mother, who left the gun in an unlocked location the teen had access to.

The teen was booked into detention and faces charges of threat of terrorism as a second-degree felony as well as charges of obstruction, disorderly conduct, and possession of a dangerous weapon by a minor.

Alpine School District released a statement Monday regarding the incident:

"As soon as the threat was reported by students and parents last evening, the Orem Police Department and school administration immediately began gathering information and conducting an investigation. It was determined that a student was responsible for the threat and was later arrested Sunday evening.

The school was able to begin their first day without interruption and parents were notified of the situation. We are grateful to students and parents who didn’t hesitate to say something, when they saw something. This is the message we want to convey to our public. Schools must be a safe haven for our children in order for learning to occur. Our children, families and employees need to feel safe."

This is no joke folks. Talk to your kids about how serious of a crime this is (joking or not)! Our 17 female suspect is in custody and the gun has been confiscated. @OremDPS pic.twitter.com/6wTMmHOoca