Police identify man killed on Interstate 80 near The Great Saltair 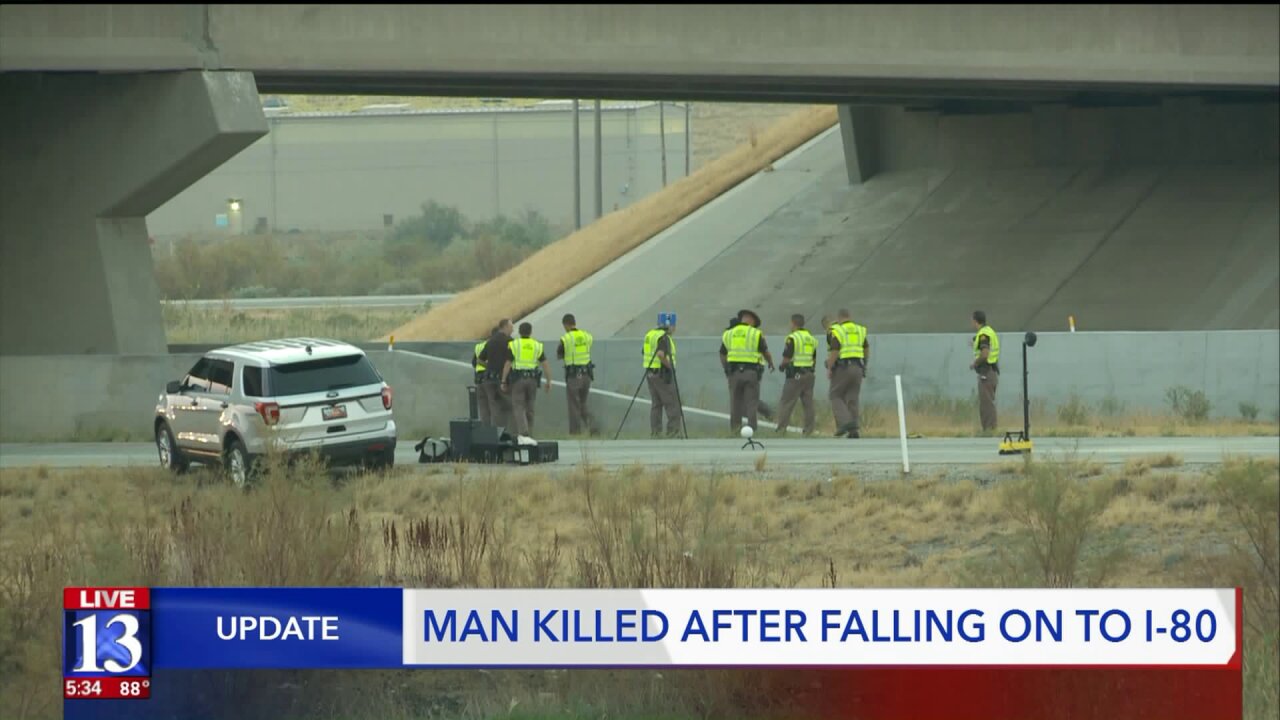 According to Sgt. Zach Randall with the Utah Highway Patrol, the accident was reported around 3:36 a.m.

Randall stated that when officers arrived on scene, it appeared that a male had fallen off of an overpass on state Road 202, onto the westbound lanes of I-80.

The male was then struck by at least three cars and pronounced dead on scene, Randall said.

Around the time the accident occurred, a large concert at The Great Saltair was ending.

Sean Gabbitas is a limousine driver and said the atmosphere at the concert “was crazy.”

“Seeing a lot of young adults coming out,” Gabbitas said. “There was a lot of inebriation going on.”

Police said the man was leaning over the westbound side of the SR 202 overpass, vomiting and for an unknown reason fell onto westbound I-80.

Gabbitas said he noticed all of the police cars, walked up onto the overpass and looked over to see what the commotion was about.

“That’s when I saw the body,” Gabbitas said. “…It was pretty, pretty traumatic.”

On Sunday, investigators released information about the victim’s tattoos, and received several calls that helped them identify the man.

Investigators ask anyone who might have seen anything to call the Utah Highway Patrol dispatch center at 801-887-3800.