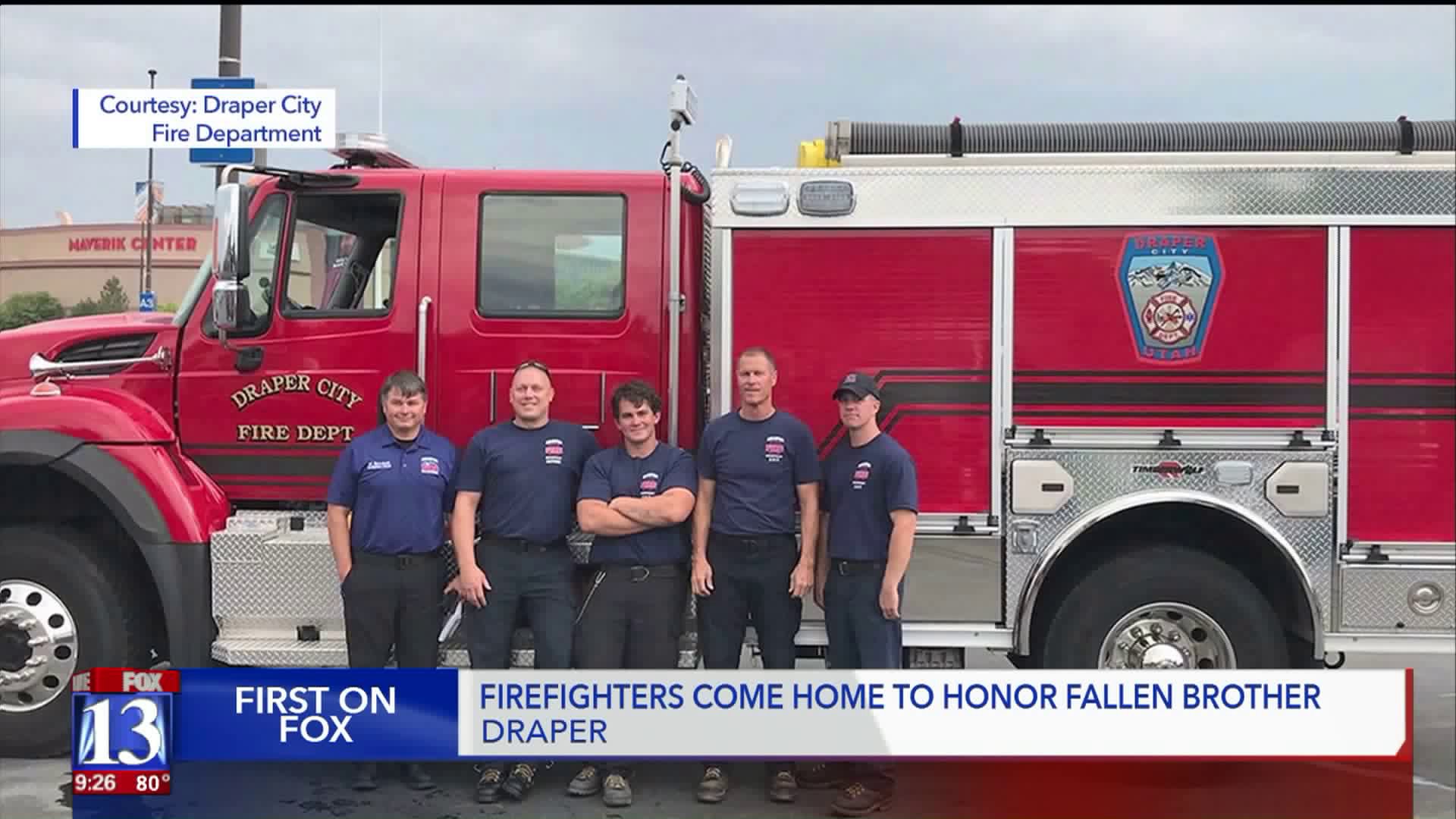 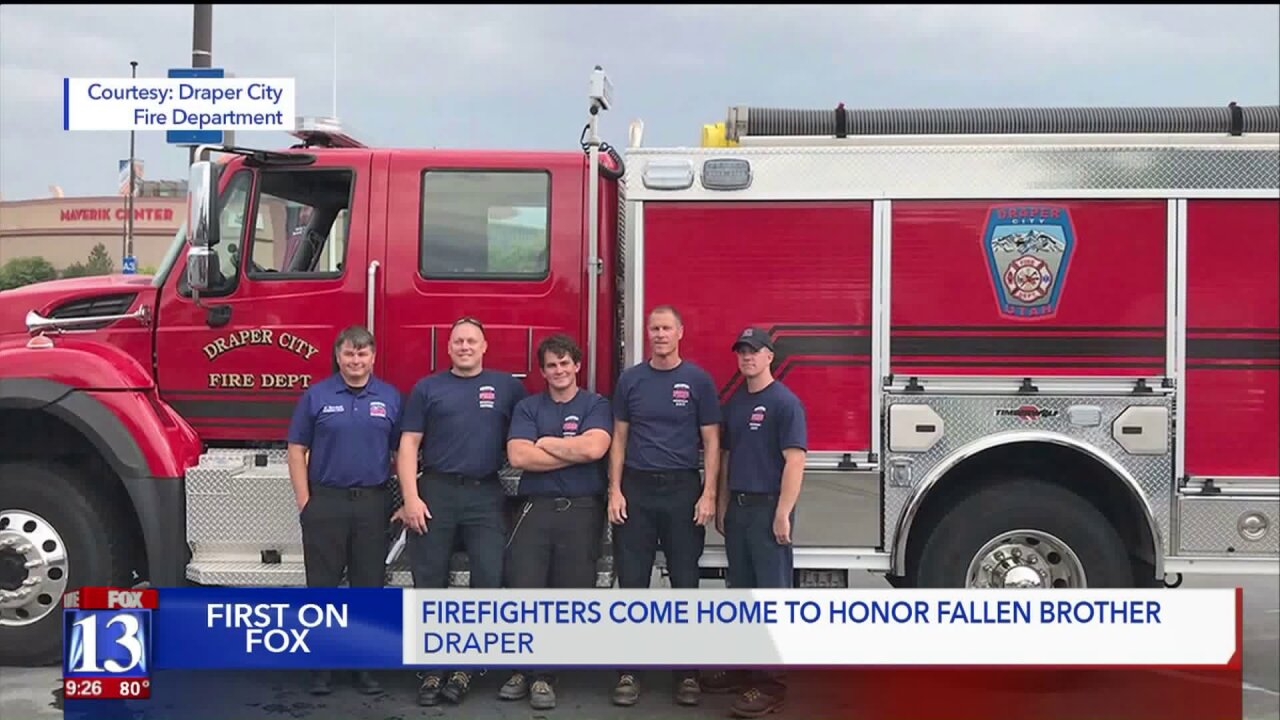 They are the crews who worked with Draper Fire Battalion Chief Matt Burchett when he died this week, after a tree fell on him in an active portion of the fire.

Days later, the front office of Draper City Fire is filled with flowers, cards and notes of sympathy.

"It's been quite amazing," Draper City Fire Chief Clint Smith said. "This means something to them... Matt's sacrifice was meaningful."

Friday was the first time Chief Smith had seen that support in person. He got the news while out of the country of Battalion Chief Burchett's death.

"I just ache for the family," Smith said. "What a tremendous loss that we are experiencing."

The week's been filled with emotion, and tribute.

Burchett's body arrived home on Wednesday, but those who worked alongside him, stayed in California.

"Obviously this has been a devastating and challenging event that they've had to be a part of," Smith said.

The group, including Burchett, were all smiles when they took off two weeks ago, ready to serve.

Now, they're returning home with the weight of grief and loss.

"How we find the strength, really to move forward," Smith said. "Sometimes that seems very daunting."

Chief Smith says he'll give the four fire fighters time to be with their families, as well as time to process what happened as they begin healing.

The community's made sure to show that love.

One note in an arrangement of flowers at the Draper City Fire Department sums up the feelings of the community that Burchett served.

"Draper City Firefighters: Our hearts are broken for you," the note reads. "You're all in our prayers."