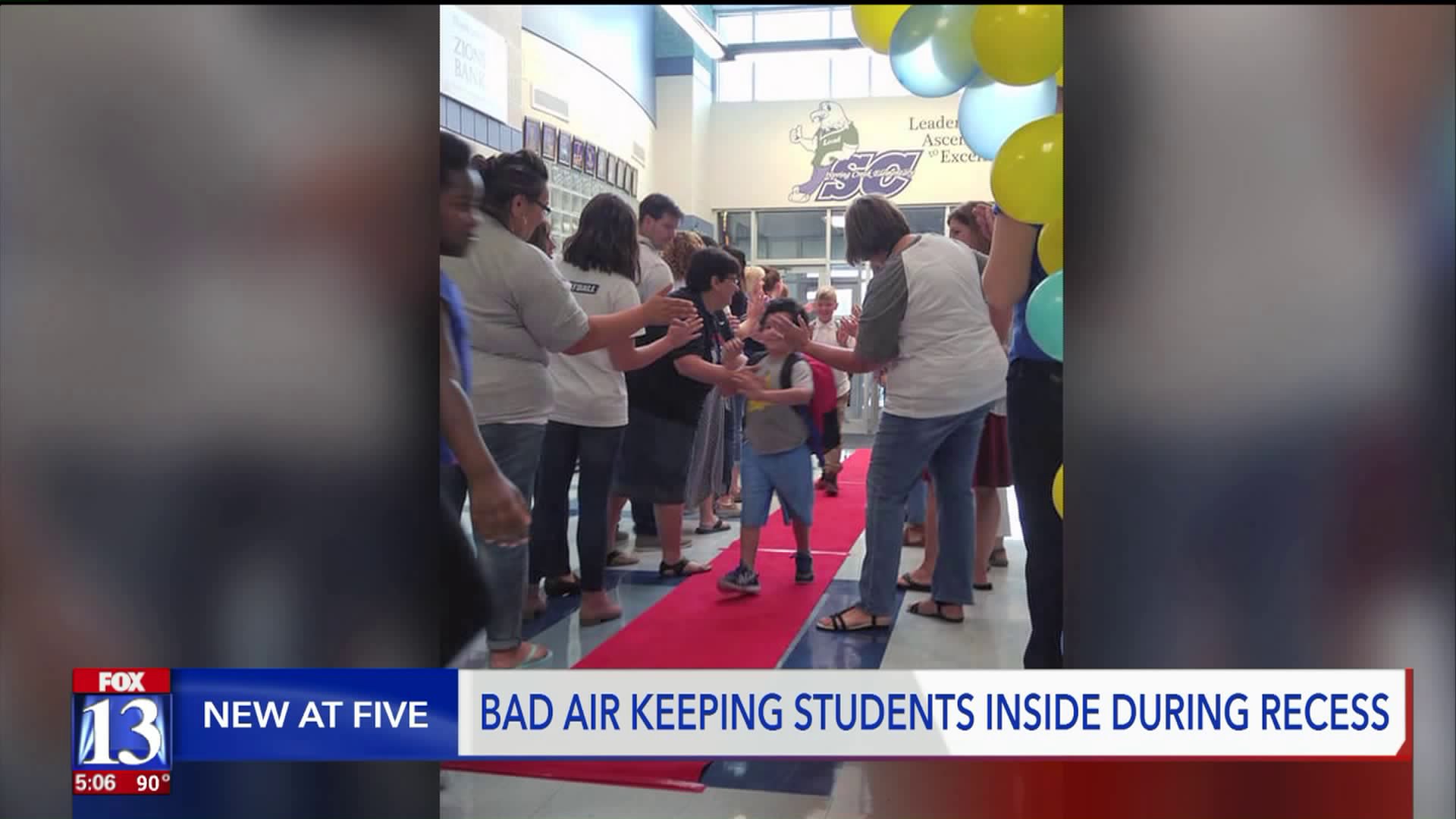 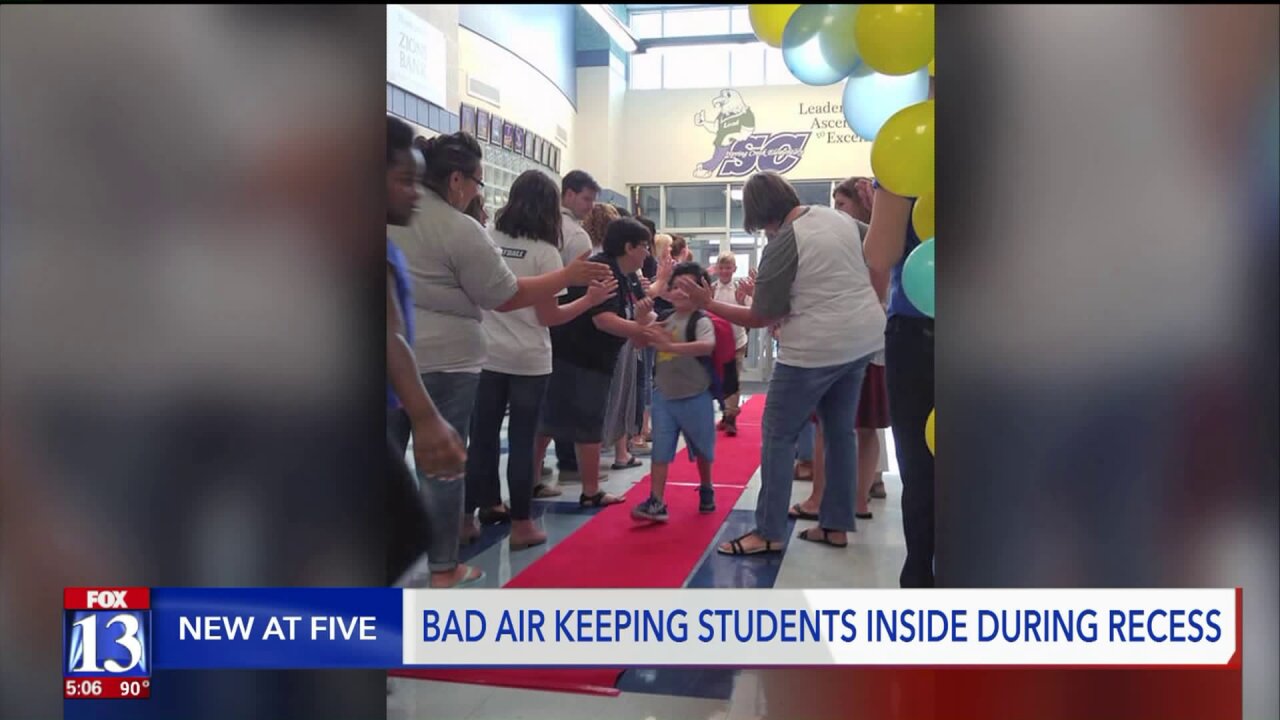 PROVO, Utah -- Students in Provo headed back to school Wednesday, but some weren’t allowed to play outside because of bad air quality.

Spring Creek Elementary students walked the red carpet to kick off a new school year. Teachers and staff greeted them inside with high fives and cheers.

But there’s not a lot of fanfare outside, just a whole lot of wildfire smoke filling the skies. That’s why administrators are flying a red flag in front of the school to let parents know it’s a Red Air Day. Because air quality isn’t considered healthy, students stayed inside all day.

“They’re used to being outside, used to playing and then all of a sudden they have to stay inside all day with no break,” Rayback said.

Caleb Price is with the Provo City School District. The district has been monitoring the air quality leading up to the first day of school.

“The five years I’ve been here this is the worst it’s been," Price said. "We’ve never had the smoke get to the point where it’s affected this much. Especially the first day of school.”

The district has given each principal resources to help them decide whether they send kids outside for recess or keep them indoors.

“There aren’t many sensors directly in Provo. If you’re up at Canyon Crest by the mouth of Provo Canyon it’s gonna be different than it is right here down closer to Spanish Fork,” Price said.

While the Utah Department of Environmental Air Quality website  showed moderate conditions in Utah County, Spring Creek administrators referred to the AIRNow website. Its monitors listed Provo as being in a Red Air Day.

The district didn't want to take any chances and chose to hold indoor recesses.

“Each of our principals is looking at those and taking into consideration what it’s saying and where the school is at to make the most informed decision,” Price said. “They will always err on the side of caution.”

With no signs of the smoke clearing up anytime soon, it will be a day to day decision.

“Sometimes it’s hard when they’re inside but the teachers are great they have stuff for them to do and they have a good time anyway,” Rayback said.

If parents have any concerns about air quality, they're asked to contact the school and administrators will work with them.

Price says schools will not force students to go outdoors if a parent doesn’t feel comfortable about it. Students don’t have to have asthma or other breathing problems to request indoor recesses.