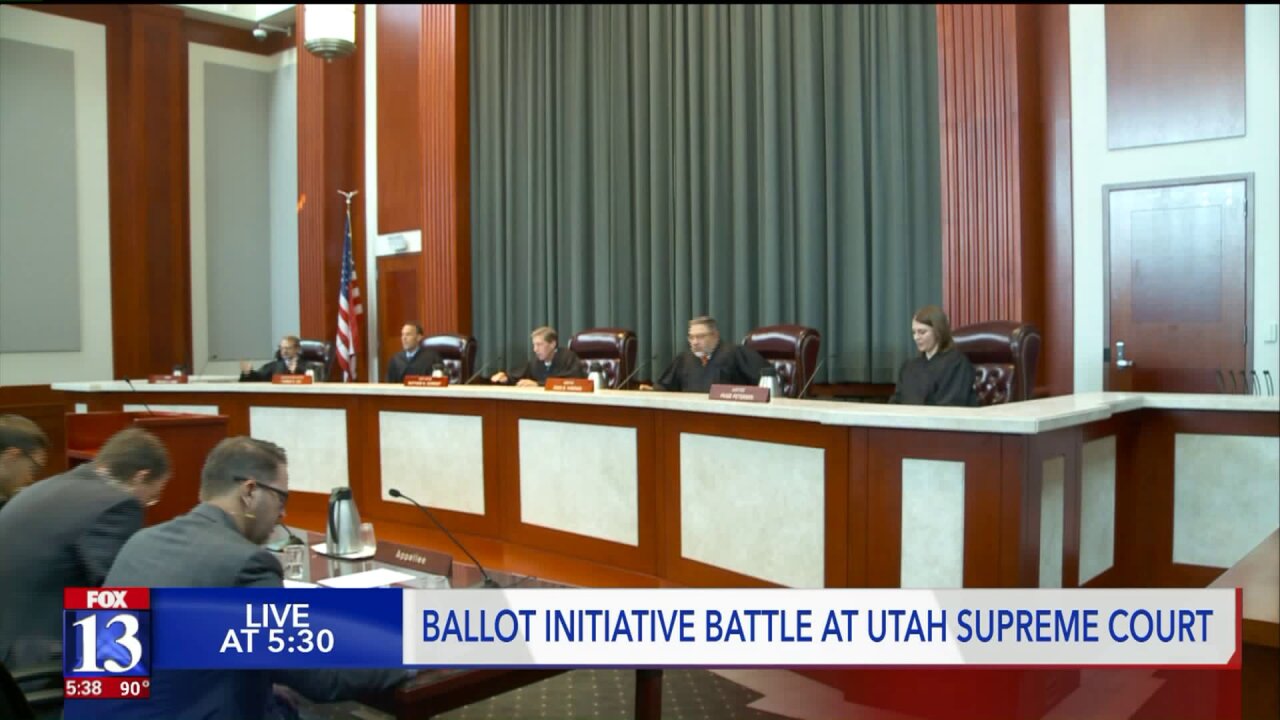 SALT LAKE CITY -- The Utah Supreme Court is considering if it's too hard to get a citizen referendum initiative on the ballot, and too easy to kick them off.

In arguments Wednesday, the state's top court heard a legal challenge by organizers of "Count My Vote," a ballot initiative that failed to qualify after opponents managed to convince enough people to remove their signatures from the citizen referendum petition.

The justices grilled lawyers for Count My Vote about individual versus group rights, with many uneasy about overriding the existing process.

"This is the constitution of the state of Utah and it’s a provision that gives the legislature prerogatives to decide," Justice Thomas Lee said.

But Justice Paige Petersen appeared critical of the process that lets opponents of a citizen initiative look at who signed it, then gives them 30 days to target those people in an effort to get signatures removed.

"Seems to me it goes way beyond what’s necessary to take your name off. It can only be to give an organized group time to see the list and go and try to persuade those people," she said.

The justices debated individual versus group rights, and whether someone casually signs an initiative petition to put it before voters, regardless of whether they support the initiative.

"To me, it comes down to my right to control my vote," said Chief Justice Matthew Durrant.

"At the end of the day, this still has to be an individual decision right?" Solicitor General Tyler Green told the Court.

Count My Vote seeks to allow political candidates to either gather signatures or go through the caucus-convention system to get before voters on a November ballot. The initiative has sparked a civil war within the Utah Republican Party between factions who support signature gathering, and those who want only a caucus-convention system. Long-running litigation over the concept has nearly bankrupted Utah's dominant political party, even though federal courts have repeatedly upheld signature gathering.

Keep My Voice, which seeks to preserve the caucus-convention system only, argued in court that it's easy to get on the ballot because all someone has to do is sign their name. Phill Wright, a supporter of Keep My Voice, told reporters outside court the existing system is fair in preserving "the right of an individual to determine if they’re going to vote for something or if they become more educated in the end and say, 'That’s not what I wanted.'"

Former Utah Governor Mike Leavitt, a supporter of Count My Vote, said 3,000 people decided for the rest of Utah that they couldn't vote on the initiative in November.

The Utah Supreme Court gave no indication when it might rule, but a decision is expected soon. Ballots are scheduled to be printed at the end of the month.