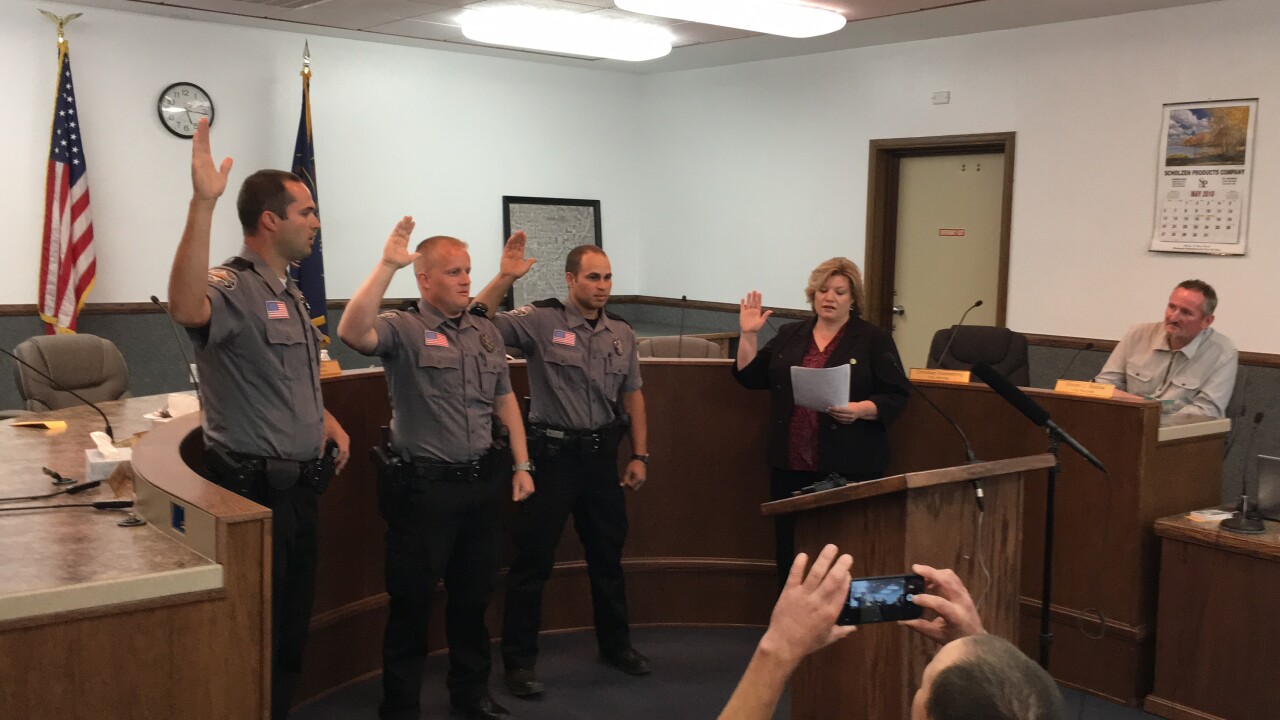 A new report prepared by a court-appointed monitor said the border towns of Hildale, Utah, and Colorado City, Ariz., have made significant changes since a Justice Department lawsuit over control exerted by the Fundamentalist LDS Church in public services.

Mayor Donia Jessop speaks at a news conference with members of the Hildale City Council, announcing their decision to drop an appeal of a lawsuit filed by the Justice Dept. on May 16, 2018. (Photo by Ben Winslow, FOX 13 News)

The document, obtained by FOX 13 on Sunday, outlined a series of changes one year after a federal judge appointed someone to oversee changes in the town governments.

“This past year has seen some significant effort and progress both on the part of the Court appointed officials as well as the communities. All of the first-year injunctive deadlines have been met,” court-appointed monitor Roger Carter wrote.

The U.S. Department of Justice sued Hildale and Colorado City, accusing the town governments of discriminating against non-members of the FLDS Church in public services. The police force was accused of acting as de facto agents for polygamist leader Warren Jeffs, who still leads the church from his Texas prison cell where he’s serving life for child sex assault.

Since the lawsuit, Hildale has elected a secular city council, its first-ever woman mayor and hired a police chief from outside the community. The town has abandoned an appeal of the Justice Dept. lawsuit, leaving Colorado City alone in the litigation.

“Chief (Mark) Askerlund has emphasized transparency and police conduct in his new position. The hiring of a new Chief, several new officers, and implementation of the court-mandated policies has created a positive shift in both the quality of policing as well as an increase in the confidence of the community,” Carter wrote in his report.

The towns recently separated their planning commission and efforts to subdivide land in the towns are moving forward, he wrote. (Land in the towns were under the control of the United Effort Plan Trust, the real-estate holdings arm of the FLDS Church that was taken over by a judge in Salt Lake City back in 2005 amid allegations Jeffs and others mismanaged it.)

Carter told the judge in the report he is investigating a claim of discrimination against an FLDS member.

“The business complained that city officials had unfairly tapped into a water line, owned by the company, to allow a competing business to use services from this proprietary water line. The ownership of this line will need resolution before the ripening of any potential discrimination claim. This has been communicated back to the complainant,” he wrote.

Oversight of the town governments is moving into a new phase, he told the judge in the report obtained by FOX 13.

“The third phase will involve extended, ongoing monitoring, to ensure that fair and nondiscriminatory practices become an integral part of the character of these governments and the manner by which all citizens are treated,” Carter said. “Although significant changes have been made over the past year, time is necessary to continue to unweave the challenges that have been built over many years and to restore the trust and confidence of these communities fully.”