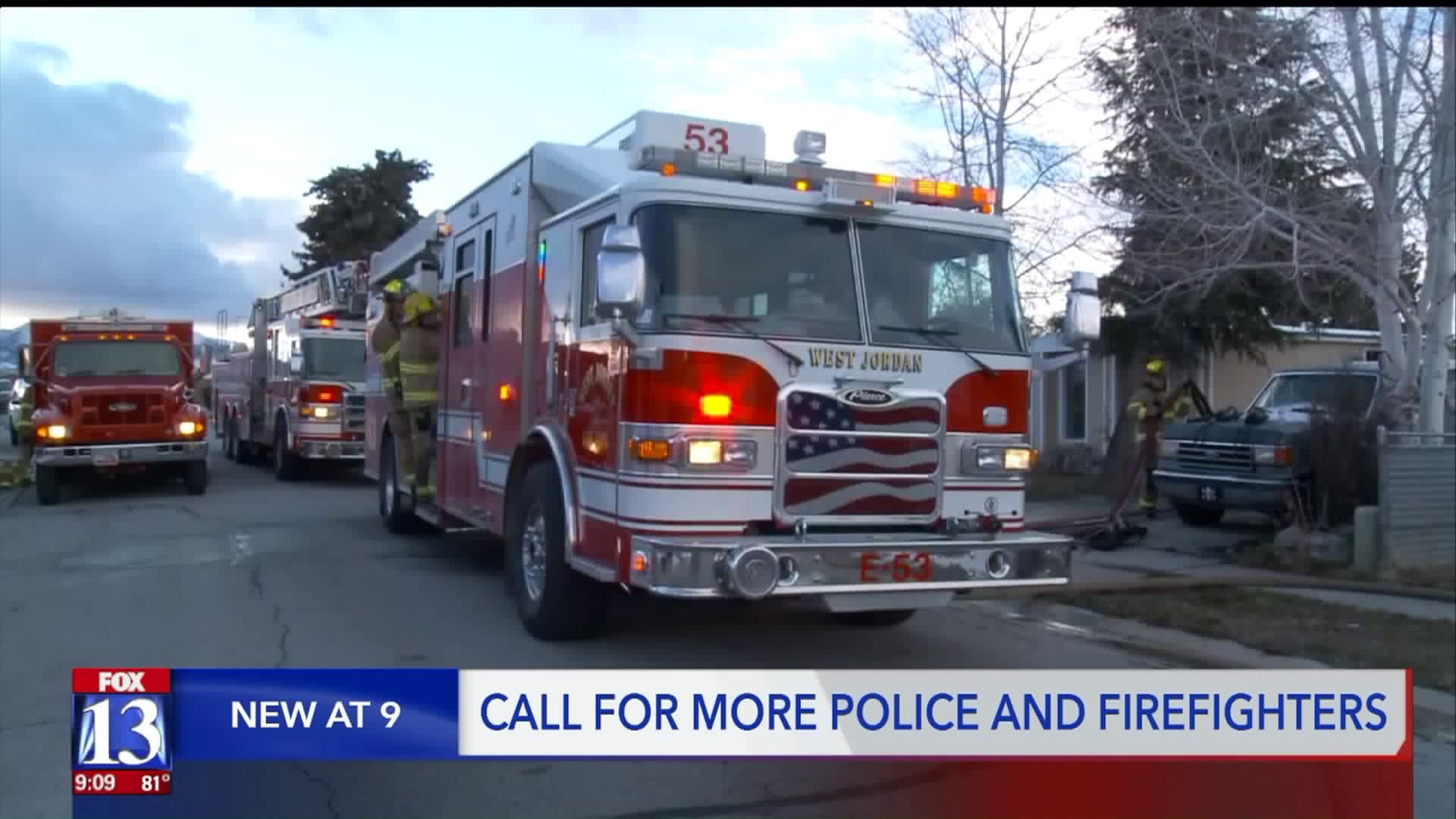 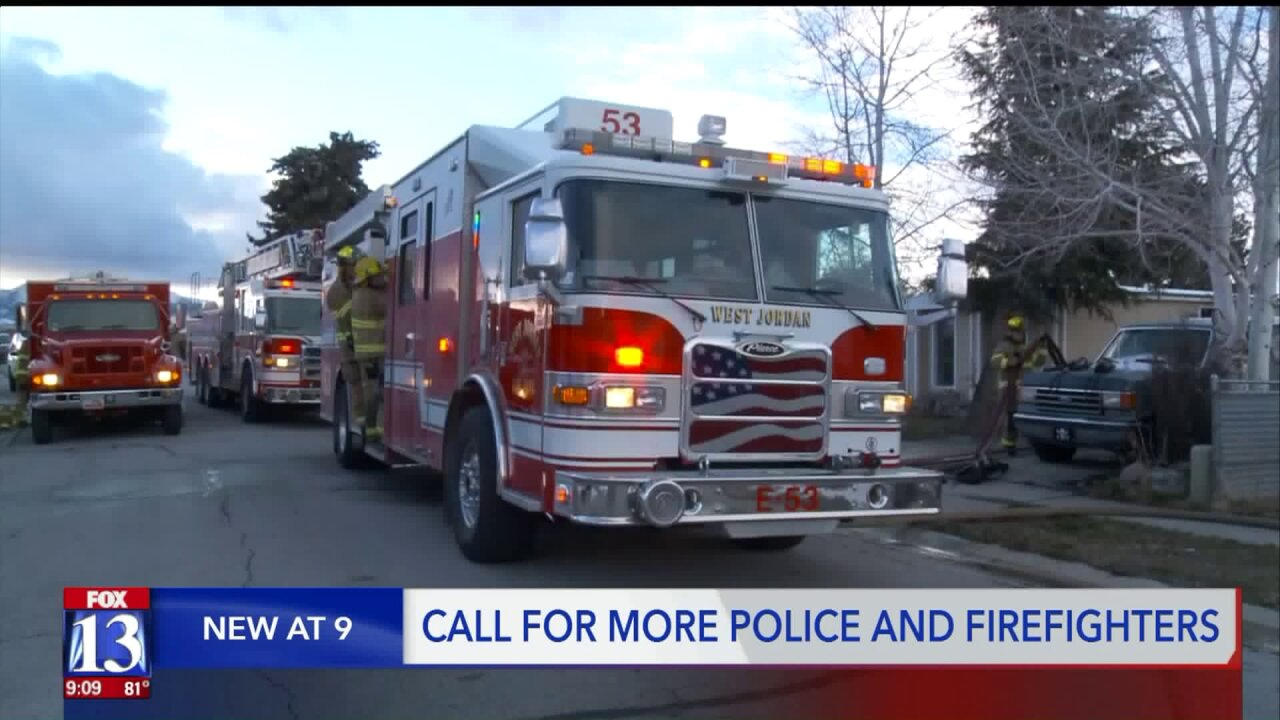 WEST JORDAN, Utah - Several fire and police departments across the Salt Lake Valley are overwhelmed as populations continue to grow, but their forces do not. That's forcing some cities to have their first truth in taxation meetings in years.

West Jordan City is proposing raising property taxes by 20 percent. The city has only raised their property taxes twice – once in 2012 and once in the 1980’s – but now they say to get police and fire, the resources they need, another raise is necessary.

“This is a pretty common thing that happens there is more work than there are officers,” said Sgt. J.C. Holt with the West Jordan Police Department.

Holt points out that during peak hours 20 to 30 calls flood into West Jordan Police, forcing the department to put some on the back burner.

Low priority calls can be stuck waiting for hours until an officer is able to respond, Holt said. The department says they have the highest call volume per officer in the Salt Lake Valley.

“We are trying to do what we can do, but there are times when we have long response times, and it's not acceptable,” Holt said.

From 2000 to 2017 the city's population grew 37 percent, stretching police and fire resources thin.

“Our call volumes are constantly going up,” said West Jordan City Interim Fire Chief Clint Petersen. “Our staffing is to a point where we can’t staff two of our ambulances out of station 53 and 55."

Peterson said that the result is when an ambulance has to take someone to the hospital, part of the city is left without any coverage.

“I see the need, it has to happen, I'm sorry it comes to a tax increase but this is something that is dire in West Jordan right now,” Petersen said.

The city is proposing a 20 percent tax increase so it can add nine more firefighters and 10 new police officers.

“It's not an easy decision because they are impacting the pocketbook of every citizen who owns property in the city,” said David Brickey, City Manager for West Jordan.

But as the Salt Lake Valley continues to grow rapidly, it's something several cities are forced to do.

“There are some cities having their first truth in taxation hearing in 35 years we're having only our second in 30 years,” Brickey said.

Some cities are proposing much more than the 20 percent that West Jordan is, but with more growth on the way... “We need to do it, it's going to cost lives,” Petersen said.

Many cities across the valley are having their truth in taxation meetings this August. To find out if where you live is having one check out your city's website.